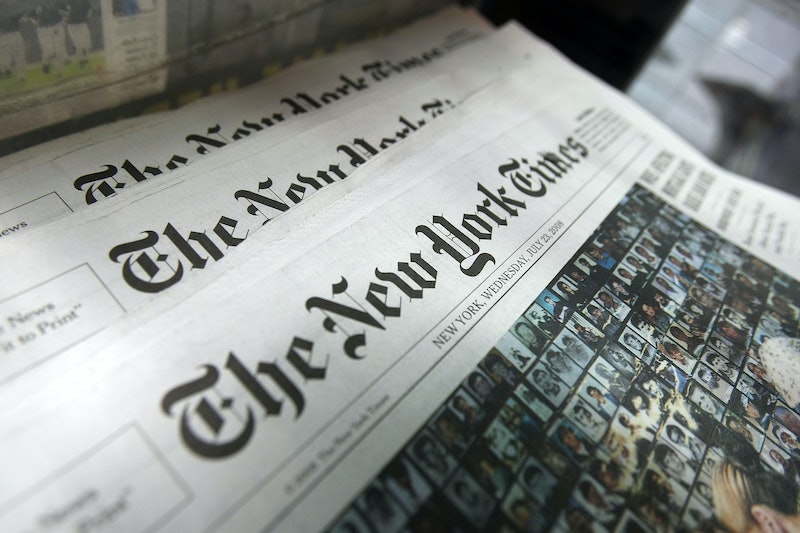 If you've ever explored the New York Times Chronicle tool, you know that it's not just an interesting reflection of the newspaper, but our culture as a whole. It's a tool that tracks the use of language in The New York Times over time, but it allows you to do so much more. You can track American history through it. You can track the prominence of civil rights, see when prohibition came in and out of fashion, and watch the rise of feminism.

But it's just as interesting a tool to take a look at American pop culture. Specifically, the progression of nostalgia: when did it start? And which decade do we reminisce about the most? It also reveals a lot about subcultures — which ones were popular when and which terms are outdated now? And, of course, it tells us when some of our favorite things in entertainment became popular and how popular they still are today.

So, I took a look at the Chronicle to see what conclusions I could draw. Some may surprise you, and some may not. Some things I wasn't able to look for at all (The New York Times has never written an article about seapunk or vaporwave, and it's hard to search for Friends without returning a ton of results from before the show even aired). But here are some of the most interesting things I found:

Nostalgia is a Modern Phenomenon

Sure, the word has been around for some time. But we didn't really start discussing the concept until the 1970s.

What Decades We Reminisce About

Interestingly enough, the decades all follow a similar pattern. There seems to be some past hand-wringing about the future, but in the last 10 years or so, discussion of the previous decades shot up immensely. And although we seem to be dominated by '90s nostalgia now, it's actually the least discussed decade.

We've always been trying to reach nirvana. But in the '90s, capital-N Nirvana entered the picture, and the band hasn't left the culture since.

The Golden Age of Nickelodeon

Here's a look back at when kids were watching Rugrats, instead of having them. Because that spike around 2007? That's from Jamie Lynn Spears' pregnancy.

More like this
The 'Hocus Pocus' Sequel Finally Has A Release Date & It Makes Total Sense
By Shannon Barbour and Radhika Menon
David Schwimmer Doesn't Remember This Classic 'Friends' Episode
By Sam Ramsden
Hayden Panettiere Will Return For 'Scream 6': "We F*cking Won, Scream Fam"
By Jack Irvin and Jake Viswanath
10 Eurovision Moments That Celebrate The Weird & Wonderful Camp Extravaganza
By Sam Ramsden
Get Even More From Bustle — Sign Up For The Newsletter