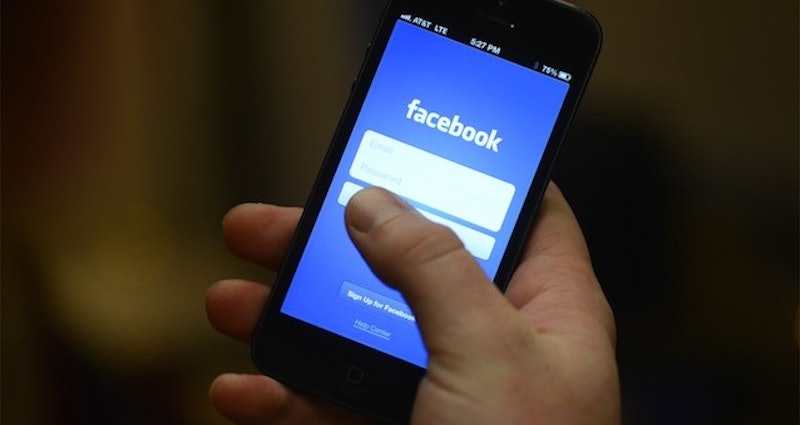 Didn’t you hear? FOMO — or Fear Of Missing Out — is so last year. Now we’re freaking out about something else on social media. It’s called Mystery of Missing Out, or MOMO for short, and it goes beyond just worrying that everyone is hanging out without you. It’s the unique type of anxiety that prompts us to worry that everyone is hanging out without us — and not telling us about it while they’re doing it.

Um, guys? I think maybe this is a sign that we all need to take a big, huge break from social media. Or at least a step back from it or something.

While good, old-fashioned FOMO typically arises from seeing friends post neat things they’re doing on Facebook, Twitter, Instagram, and so on and so forth while you’re not there, MOMO takes the phenomenon to a whole new level. It rears its ugly little head not when we see social media posts we’re not involved in, but when we notice our friends have stopped posting to social media altogether. We don’t know what they’re doing, so we start to feel anxious. Are we being purposefully kept out of the loop?

While this particular context is new, MOMO existed long before the digital age. Speaking to the Telegraph, Cambridge University psychologist Dr. Terri Apter said: “It’s recognized that one of our biggest necessities is not just having what we need in order to survive — or even be comfortable — we need things that allow us to feel that we’re part of our peer culture. That includes information.” She continued, “The fear of being excluded starts in the playground aged eight or nine, when cliques arise” — and it’s a trend that continues as we get older, extending to what we do or don’t see on social media.

“It’s an evolution,” noted Dr. Apter. “The starting point was when everything that happened to your friends was being posted on social media. You knew how to keep up. You expected to know when someone got into uni, got a new job, or ended a relationship.” So, with that expectation set up, we start to freak out when we stop being able to rely on it. “The worst thing isn’t not knowing what happened to that person,” Dr. Apter explained. “It’s knowing that social media is changing. Suddenly, you feel like something major has gone on without your knowing it.”

While it’s nice to know that there’s at least a name for that weird feeling, if not a cure, it’s still kind of ridiculous that our obsession with social media has gone so far as to require the name in the first place. Take a friend Mary Elizabeth Williams over at Salon wrote about, who faced backlash for having a baby without previously mentioning that she was pregnant on Facebook. Some of her online acquaintances were shocked she’d kept it a “secret” — even though she said, “It’s not a secret, I just feel like it’s not online.” These sorts of reactions to us choosing not to share everything on Facebook make it seem like we’re not allowed keep things off the Internet. And that? Is kind of weird. I mean, is it really anyone else’s beeswax when you do things like go into labor? No. No it is not. And you are perfectly entitled not to sing about it from the digital rooftops if you don’t want to.

You kind of have to wonder how MOMO interacts with, say, something like 99 Days of Freedom. The experiment now has almost 28,000 participants, so maybe it’s not as much of a failure as it might have seemed in its early days two weeks ago; I’d be interested to know, though, whether those who are participating are suffering from huge cases of MOMO. I’d also be curious to know how those who are friends with a lot of participants are coping. Anyone out there in either of those metaphorical boats have any insights?

In the meantime, though, it’s probably a good idea to remind ourselves every now and again that Facebook, Twitter, and so on aren’t the be-all, end-all. Life goes on, whether social media is there or not. Let’s just enjoy it for what it is.