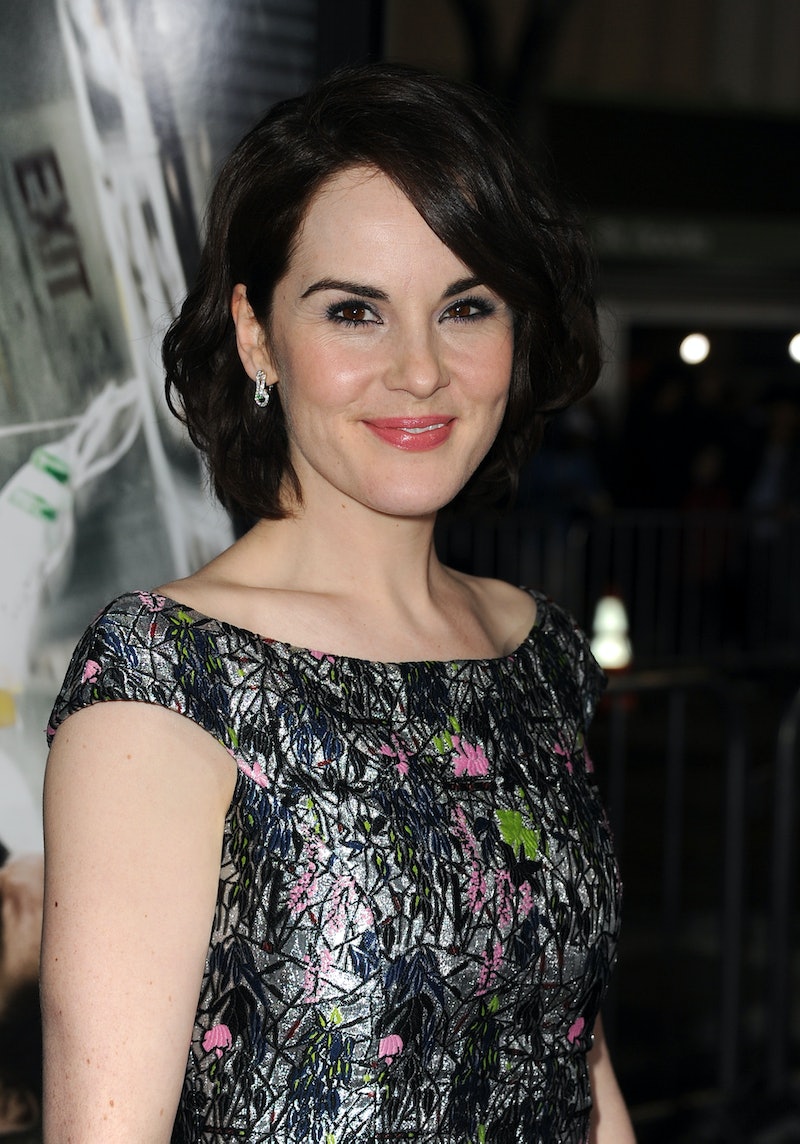 It could be residual anticipation for Downton Abbey’s fifth season to start or maybe I just love following the goings-on of British high society, but is anyone else seeing Michelle Dockery’s friendship with Pippa Middleton an ideal plot line for the Masterpiece Classic? Fine, I might be jumping the gun here, but apparently Middleton and Dockery met two years ago and became friends. The Downton Abbey actress told E! News, “She actually came on set with her brother James a few years ago so I met her then, and then bumped into her at Wimbledon. They’re good fans of the show.” I’m sure Middleton couldn’t help but ask Lady Mary herself what the new season had to offer as they sat near one another during the tennis match. Apparently, they’re both big fans of the game too.

Now, if you are like me, a huge fan of the show with keywords like “Crawley” on Google alert, you've probably heard that Downton Abbey's executive producer Gareth Neame hinted that season five would introduce new characters and have story lines that grew a little more personal. New characters like the Duchess of Cambridge’s sister perhaps? Personal like Dockery’s new tennis buddy?

During a panel discussion at the Television Critics Association, Dockery said, “I see season five as the new Mary. She’s got her bite back, as we saw in season one.” I'm excited for this! I miss the unapologetic Season 1 Mary, and maybe a new friend and confidant might be the thing to bring it out of her. Everyone else seems caught up in their own manor house intrigues to be there for her: Tom has a spit-fire Sarah Bunting to handle, Lady Edith has a baby she’s hiding in the town, and Anna and Bates are building their trust with one another again after Anna's assault last season. Lady Mary has enough stress with baby George and juggling Lord Gillingham and Charles Blake. Even a high society lady needs a BFF to rant to.

So if Pippa Middleton was going to be Lady Mary’s new best friend, she should probably prepare for some secrets and intrigue.

But Lady Mary is fiercely loyal to those she cares about. A friend to love is just what she needs this season.

A high born lady and a relative to royalty would fit just fine in the show. Trust me.