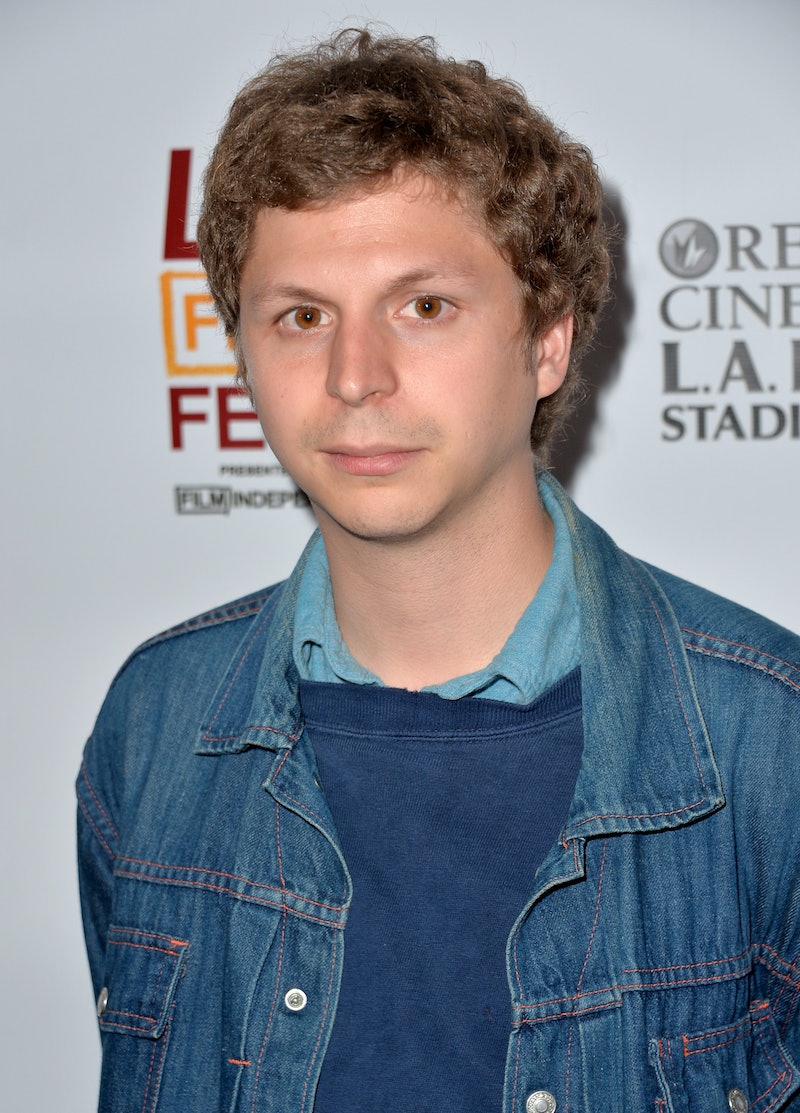 For a lot of TV shows, there's nothing better than the celebrity guest star. Brad Pitt on Friends, J-Lo on Will & Grace, Taylor Swift in that random, unexplained cameo on New Girl — as a general rule, famous people showing up on good shows make for pretty great entertainment. That is, only where comedy is concerned; when celebrities make cameos on drama series, it stops being exciting and starts being weird. No matter how good the stars' acting may be, it's just hard to take a show seriously when you're fully aware that that's Matthew Perry on The West Wing or Demi Lovato on Grey's Anatomy. So let's collectively breathe a sigh of relief that Michael Cera did not end up appearing on Breaking Bad , despite, apparently, wanting to do just that.

In an interview with E! Online, the series' casting directors, Sharon Bialy and Sherry Thomas, revealed that the Juno star had expressed interest in appearing on the show towards the conclusion of its five-season run.

Okay, Hoffman, I get — although it would've been a little jarring to see the Oscar-winner on the show, his everyman looks and talent for blending into environments could actually have worked. Cera, though? There is no possible way that Michael Cera, the awkward, jittery star of Superbad and Arrested Development, would've been able to appear on Breaking Bad without it being the strangest thing ever. No matter what role he played, whether it was a meth dealer or a classmate of Walt Jr.'s, it wouldn't have been believable; viewers would've been too busy focusing on the fact that it was Michael freakin' Cera to pay any attention to the actual show.

Thankfully, the producers realized this, and decided against casting Cera (or any other A-list stars), as, according to Bialy, they realized that it would've caused viewers to care more about the celebrity guest-starring than the storyline he/she was involved in. Still, I have to wonder — what would Cera have been like as a cast member of Breaking Bad? (And yes, I know he was probably looking for a new, small role, not a replacement of a leading cast member, but go with me here.)

I can actually picture Cera as the cleaned-up, paranoid version of Jesse Pinkman, but as the troublemaking antihero part of the character? Not in a million years. Cera's too awkward and neurotic for that, and he would've freaked out way too much about the drug dealing for Walt to tolerate. Still, as past movies have shown, he does have some aspects of the darker Jesse down pat...

Forgetting the character's cerebral palsy for a second (major props to Breaking Bad for casting R.J. Mitte, an actor who actually has the condition, in the role), Cera could've been a great Walt Jr. He'd be just anxious and observant enough to pick up that something was wrong with his family, but also too absorbed in his own problems to actually do something about it. Most importantly, though, there's this:

So creepy, it could just work.

It's hard to picture Cera believably playing a hugely powerful, drug dealing mass murderer, but hey, he's done it before. Besides, we already know he's a master at the totally insane, so crazy-it-works death scene.

Banana stand manager to money-obsessed lawyer. This I believe.