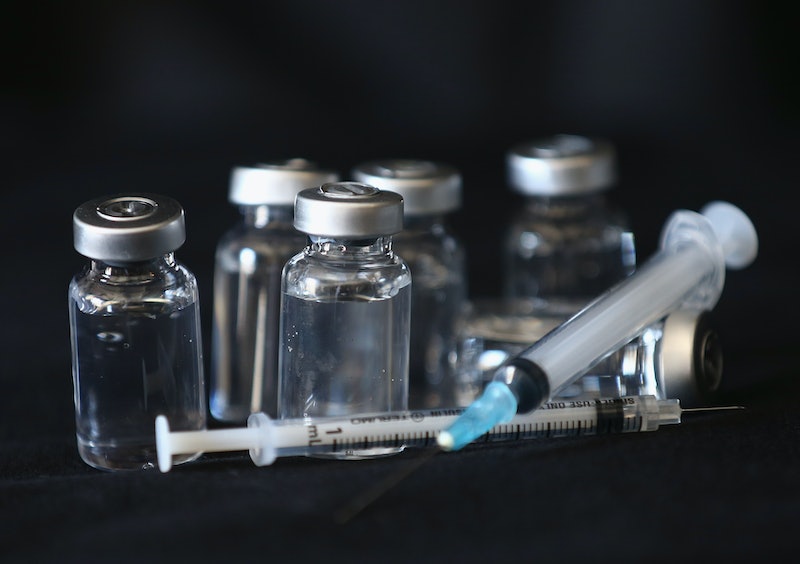 On Wednesday afternoon, death row inmate Joseph Wood III was led to the execution chamber at Arizona State Prison Complex, where he offered his last words: "I take comfort knowing today my pain stops." He was then given a lethal injection composed of two different drugs. But according to media reports, Wood was gasping and in pain for two hours before his heart finally stopped. It's the second botched execution using the lethal injection in 2014.

Reporters and law officials who were present described a brutal scene, with one journalist comparing Wood to a fish stranded on shore. “I’ve witnessed a number of executions before and I’ve never seen anything like this,” Wood's attorney Dale Baich told The Washington Post. “Nor has an execution that I observed taken this long.”

Following Wood's drawn-out death, which normally would have taken under 10 minutes, Arizona Governor Jan Brewer ordered an investigation into the botched execution. However, Brewer, along with several other state officials, defended Wood's allegedly painful death. "One thing is certain, however, inmate Wood died in a lawful manner and by eyewitness and medical accounts he did not suffer," Brewer said in a statement.

Still, Wood's death has further questioned the status quo of lethal injection in the United States. And considering that his death is the second botched execution in a matter of months, it raises doubts on the effectiveness — and humanity — of lethal injection.

The Devastating Effects Of The Drug Shortage

When U.S. pharmaceutical company Hospira ceased production of sodium thiopental in 2011, it left states scrambling to find a new execution method. Hospira was the sole provider of the drug, and state governments relied on it for their lethal injections, which typically consisted of a three-drug cocktail, according to the Death Penalty Information Center.

Now without sodium thiopental, states began turning to other drug cocktails — many of which have been untested. The Death Penalty Information Center claims pentobarbital is the most popular drug, used in 14 states. Other types of drugs include midazolam, typically used as the first drug in a three-drug cocktail, and a high dose of an anesthetic.

Problem is, many of these drugs — and drug combinations — are being used in executions for the first time. For instance, midazolam wasn't used in a two-drug cocktail until the January 2014 execution of Ohio inmate Dennis McGuire. His death took 26 minutes — the longest execution in Ohio's history, according to The Associated Press.

The Connections Between Wood, McGuire And Lockett

Following the execution of McGuire, whom eyewitnesses said was convulsing and had irregular breathing, the same midazolam drug cocktail was used on Clayton Lockett, an Oklahoma inmate. The procedure didn't go that smoothly at first: medical personnel had difficulty inserting the IV into veins in Lockett's arms, so they inserted it in his groin area.

After receiving the midazolam, Lockett began writhing. Minutes later, he was conscious, thrusting at his restraints and even talking. He was declared dead 43 minutes after the procedure began. It was the first time the state of Oklahoma had used this drug cocktail on an inmate, and reporters were warned it might take longer than usual, reports Guardian writer Katie Fretland. Oklahoma state officials explained that Lockett's vein "blew," but an autopsy found that the medical staff didn't really know what they were doing.

On Wednesday, it was also the first time a state was using a midazloam cocktail on an inmate — this time in Arizona. According to CNN, Joseph Wood's two-hour death may be the longest lethal-injection execution in the nation's history.

Wood's execution was so lengthy that his lawyers were able to file an emergency appeal with a U.S. district court for a stay. The transcript between one of Wood's lawyers, the office of the Arizona attorney general and the federal judge, published on Thursday, reveals that medical personnel told the lawyers that Wood was "effectively brain dead."

Federal Judge Wake, however, seemed increasingly concerned about Wood's state during the phone call. When he heard that the plan was to give Wood a higher dosage of chemicals, the judge asked: "Do you have a sense of risk, the chances are of pain at this time?" The lawyer representing the state's attorney general's office said there was very little "indication of pain."

What Does America Do Now?

These new round of botched, drawn-out executions has left some wondering if it's time to get rid of — or at least suspend — lethal injections. Cassandra Stubbs, director of the ACLU's Capital Punishment Project, said on Wednesday in a statement:

It's time for Arizona and the other states still using lethal injection to admit that this experiment with unreliable drugs is a failure. Instead of hiding lethal injection under layers of foolish secrecy, these states need to show us where the drugs are coming from. Until they can give assurances that the drugs will work as intended, they must stop future executions.

It wouldn't be the first time: In May, a U.S. judge ordered Ohio to suspend all executions for at least two and a half months so the state could investigate whether or not its new lethal injection process is legal.Images: Getty Images (3)