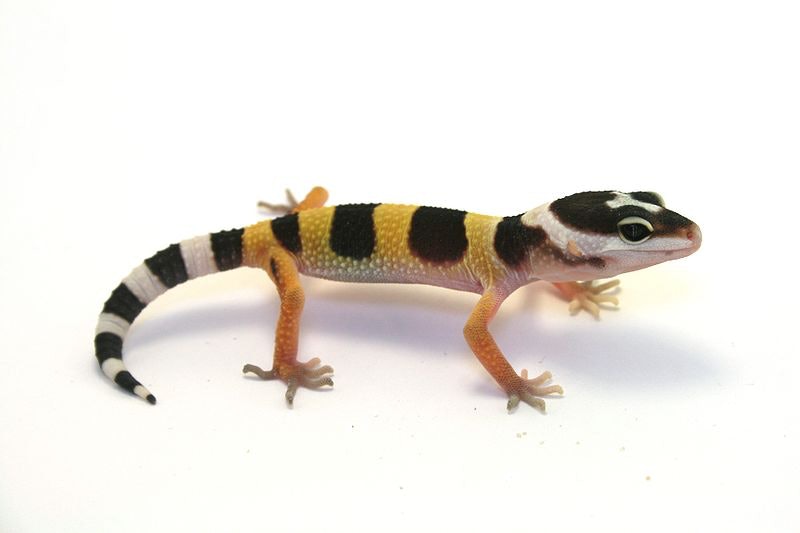 Tensions between Russia and the U.S. may be high right now, but can we put politics aside for just a second and band together for a common cause? Sex geckos. No, really. A Russian Foton-M4 satellite carrying a crew of five geckos has lost contact with mission control, putting them at risk for being lost in space. The satellite, which is part of a research program organized by Russia's Progress space firm, was part of an experiment to study how geckos mate in weightlessness. But without contact with mission control, these poor creatures might end up floating in space, Gravity-style, forever.

Specialists of the main mission control group are currently working to establish sustainable contact with the satellite and implement the planned program for the flight.

The planned program is a bit of a voyeuristic one: Scientists were going to monitor by video how well the geckos reproduced without gravity over a 60-day period. The crew aboard the spacecraft included four female geckos and one male gecko (bet he was pretty happy to have been chosen!), along with some other species, including fruit flies and mushrooms, and 22 sets of scientific equipment. In addition to testing how well geckos get it on in space, the scientists also planned to conduct experiments with zero gravity physics, the production of semiconductor materials and bio-medical preparations, and bio-technology in weightlessness.

But the program was cursed from the start. The Foton-M4 satellite was launched atop of a Soyuz rocket from Kazakhstan's Baikonur cosmodrome on Saturday after being delayed a few weeks due to electrical testing. And it's just the latest in a series of recent setbacks for the Russian space program, which Putin has invested $52 billion in after severing ties with NASA.

Now mission control is trying to reestablish contact with the Foton-M4 satellite, which can stay in orbit for up to four months, longer than the planned 60 days. If that case, the geckos could die of hunger — and we mustn't let that happen!

These little lizards are more than just science experiments — they're living, breathing creatures, and they're really, really cute. So far, an online search for "gecko activist groups" has come up short, and I'm not sure if GEICO would be willing to fund a rescue mission into space, but we can at least band together and make #SavetheSexGeckos a thing?

Take a look at this face. Tell me you wouldn't suit up and go into outer space to make sure he gets home safe.