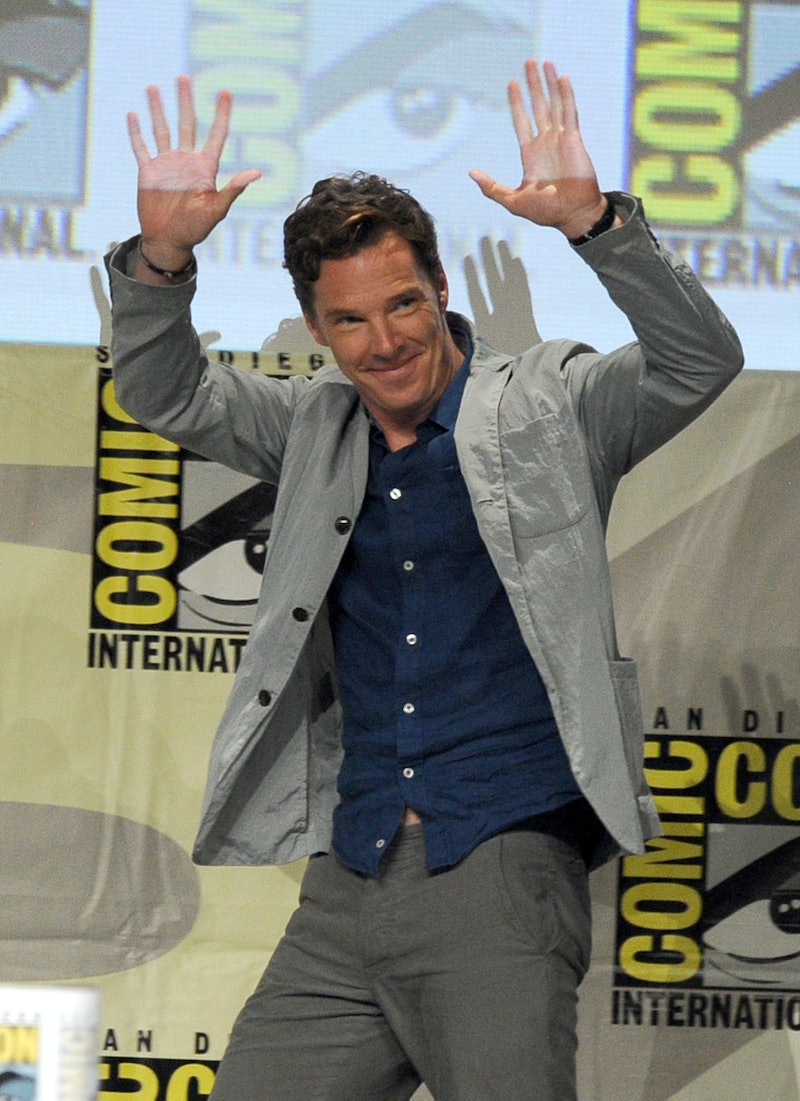 It must be really strange to be Benedict Cumberbatch. Though it's nearly impossible to really know celebrities — the magic of PR and all that — he seems like a generally humble, quite dude. Not someone who gets off on being a sex god to people who spend too much time staring at gifs. And yet the words "I like to use my body" came out of Benedict Cumberbatch's mouth at Comic-Con Thursday, as if he had no idea the effect it was guaranteed to cause.

Cumberbatch is at Comic-Con promoting, of all things, The Penguins Of Madagascar , in which he plays “a dashing-looking wolf with a serious set of eyebrows.” As this is an animated film you wouldn't expect that Cumberbatch was called to use much of his body at all in any stage of the film. And yet he joked:

You have to go undercover for a long time. I worked in Yellowstone as a wolf for a while. It got a bit hairy, no pun intended, when I became the alpha. And I realized quickly the other wolves where Christian Bale and Daniel Day-Lewis.

The "I like to use my body" quote came after Cumberbatch was asked to compare his voice-acting experience with "full-body acting." He, unsurprisingly, preferes to utilize his body.

Viewers of Sherlock, of course, already knew this.