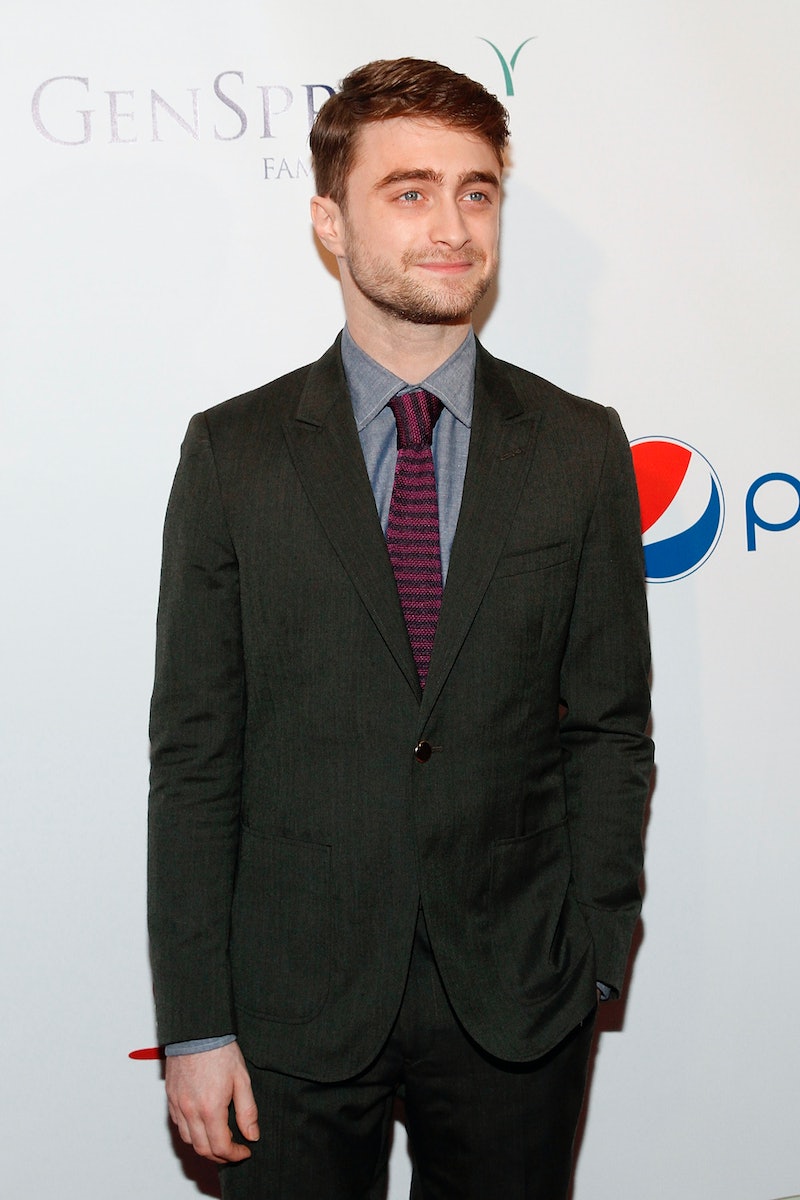 In some ways, it feels a little dirty to be talking about how the guy who played Harry Potter talked about losing his virginity in a new interview. Like, we all saw him grow up between Harry Potter and the Sorcerer's Stone and Harry Potter and the Deathly Hallows Pt. 2! This is wrong! Then, you know, you briefly remember that he did a little play called Equus on Broadway that involved a ton of nudity and full-frontals during every performance, and it feels a little less weird. So, I can totally comfortably report that Daniel Radcliffe talked all about losing his virginity in a new interview with Elle to promote his upcoming romantic comedy opposite Zoe Kazan, What If. And, I can also totally comfortably report that the story is actually quite boring.

Is there anything you’d do differently about losing your virginity?

I’m one of the few people who seem to have had a really good first time.

Really? It all went as planned?

It was with somebody I’d gotten to know well. I’m happy to say I’ve had a lot better sex since then, but it wasn’t as horrendously embarrassing as a lot of other people’s were—like my friend who got drunk and did it with a stranger under a bridge.

I mean, good for him for having a nice, well-adjusted losing your virginity story. Like he said, not everyone has that! But, is it bad that I kind of wanna hear more about his friend who drunkenly lost his virginity under a bridge? Because that just sounds so awkward and like the type of story that makes you feel better about your own life.

Anyway, with every passing interview, Radcliffe is really doing a good job of proving that he's been able to handle Hollywood with an insurmountable amount of grace, even despite his struggles with alcoholism. You can check out the rest of his interview with Elle here.