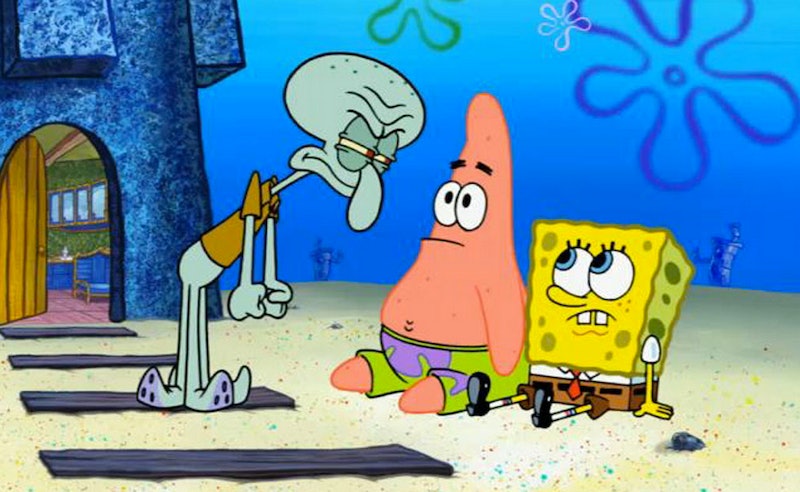 It's only the first true day of Comic-Con and I'm already exhausted. I'm not even there; I've just been staring at twitter all day, watching people freak out whenever Benedict Cumberbatch said anything vaguely dirty or Ben Affleck showed off his butt-chin. Now a live-action Spongebob movie's been announced, and I'm not entirely sure how to process it. Because...what??

I, like many millennials, grew up with Spongebob slowly rotting away my braincells. Spongebob's manic squeaks are forever embedded in my brain, and I will probably always remember that goddamn theme song. And Thursday Paramount decided to use their Comic-Con time to announce a Spongebob feature film.

Here's what we know about the film at this juncture: The film will start out in the classic Spongebob Squarepants animated style. It will then transition into some sort of (horrifying?) combination of live-action and CGI, a la the upcoming Jungle Book but probably without Lupita Nyong'o.

Spongebob, which has been running since May 1999, has crossed over to live-action before — this is hardly a show scared of going meta or just plain freaky all over itself. Considering how long it's running, too, and just how recognizable its characters and general milieu is to modern audiences, it's really a marvel they've gone this long without a major feature film.

It does make you wonder, though, just how freaking terrifying a live-action version of Spongebob would look.