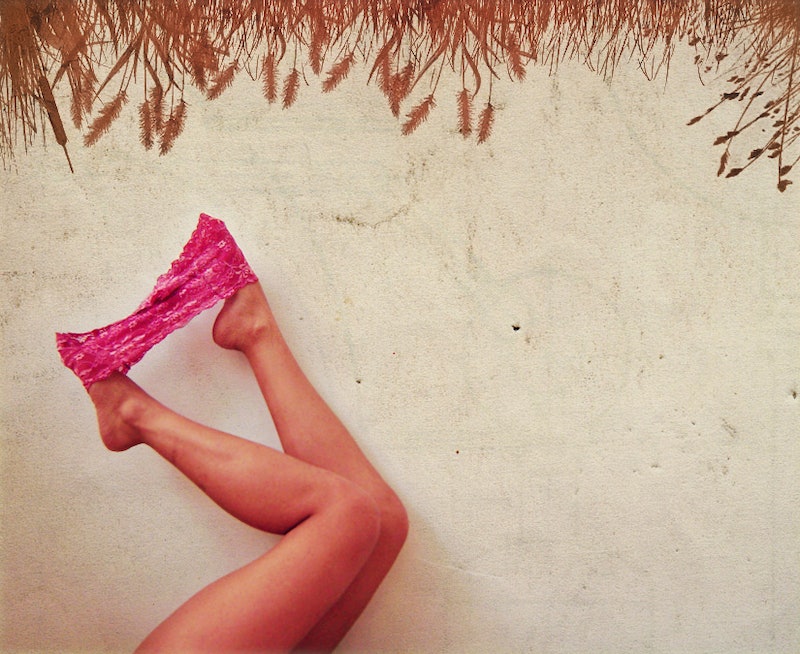 If you’ve ever found yourself wishing that Tinder was a little more risqué, good news: There’s a new hookup app in town, and it’s not for the faint of heart. It’s called Mixxxer, and it’s basically naked Tinder, as BetaBeat describes it. Those longer for long, meaningful relationships need not apply; Mixxxer is not a dating app. But if you’re looking for a nicely unambiguous hookup, it might be exactly what you need.

Said Web developer Michael Manes to the Daily Dot, Tinder's ambiguity can make it a vehicle for mixed signals: “People don’t know when they’re using Tinder if you’re using it to hook up or if you’re using it to find a date.” That’s news to me; I was under the impression that Tinder was primarily a hookup app, but then again, I don’t actually use it, so I suppose in practice it might be a little more confusing than it is in theory. Manes continued, “Our idea was to create something with a much clearer purpose, where you’re looking for one thing and one thing only.”

Mixxxer functions pretty much like Tinder does; it finds you matches based on where you’re located, and you swipe to indicate whether you do or don’t want to meet up with someone. There are, however, additional fees if you actually want to exchange messages with potential hookups, so, y’know, just bear that in mind. There’s just one thing: You can’t get it on the iTunes App Store, or on the Google Play store. It’s banned both places due to its adult content, so if you want to harness its hookup power, you’ll have to access it through its website (which, by the way, is quite NSFW, so think before you click, especially if you’re at work right now).

It does have a bunch of qualities working in its favor, though. According to Cosmo, couples can create joint profiles if they’re looking for three-way or group sex partners; the app is trans-friendly; you can blur parts of your photos with what they call a “Shower Door” feature; and perhaps most notably, you don’t have to sync it up with your Facebook account, so you can post whatever photos you want to your profile.

Neal Stastny over at MTV went through the rigmarole of signing up for Mixxxer, so if you want to see what the whole thing looks like once you’re in, head on over there. Don’t worry — the pictures and screenshots aren’t naughty; Stastny’s imaginary Mixxxer user is an adorable little pug. From what we can see, it’s also super easy to cancel if the app isn’t to your liking.

So: Thoughts? Would you give Mixxxer a spin? I probably wouldn’t, but that’s because I get nervous enough around strangers when fully clothed, let alone barearse naked. To each his or her own, though!