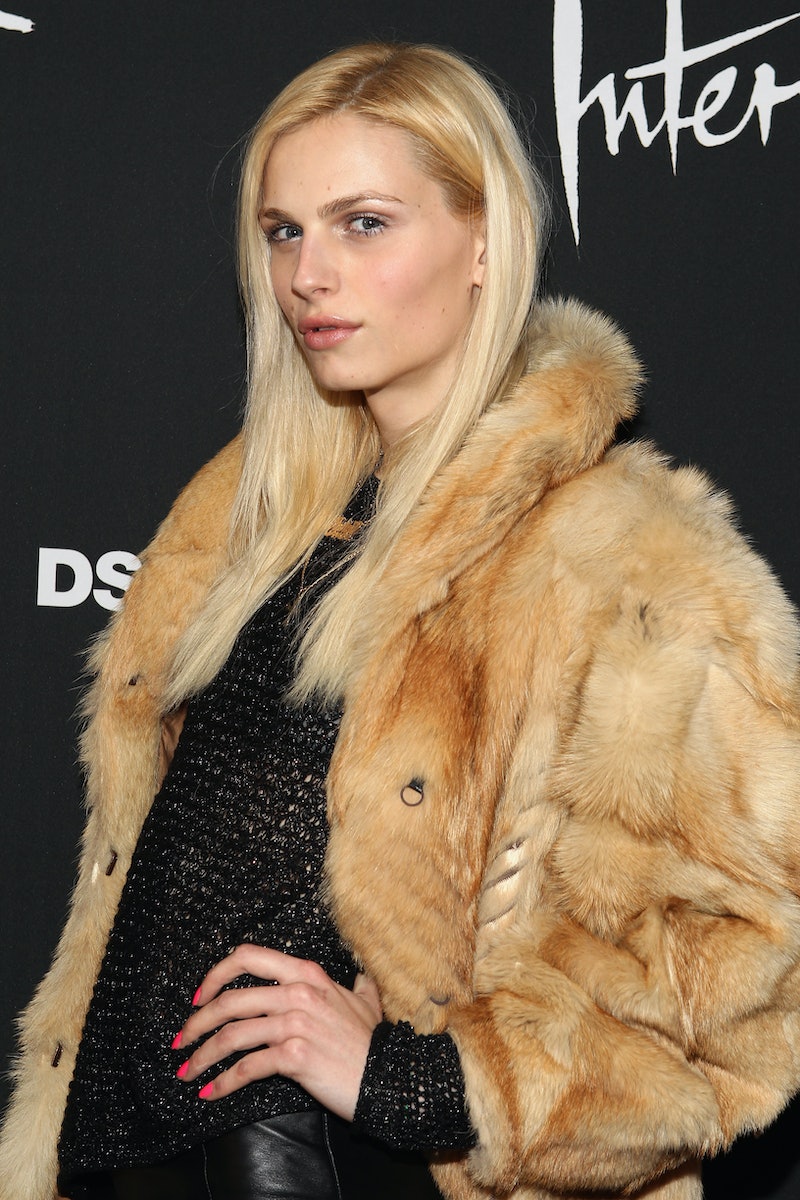 The seriously gorgeous and undeniably talented model Andreja Pejic came out as transgender Thursday night on her Facebook page. She told People exclusively that she underwent gender reassignment surgery earlier this year, and is "more comfortable than ever."

Pejic has been well respected in the fashion industry since she made her runway debut at Paris fashion week in 2011, modeling both men's and women's clothing for the Jean Paul Gaultier show. Since then, her androgynous look has been featured in many stunning editorial shoots, with the general consensus being that she is quite possibly the most beautiful human being on this planet. Though she was proud of how her career was breaking down gender norms, she told People that about a year and a half ago that she was ready to fully embrace her true self, saying, "My biggest dream was to be comfortable in my own body. I have to be true to myself and the career is just going to have to fit around that."

Pejic chose to come out in such a public way to be a positive role model for young trans men and women who, sadly, might still face prejudice. The response to Pejic's coming out has been largely positive — she posted a loving message on her Facebook, thanking her fans for their support and assuring other LGBTQ youth to embrace their true selves.

I would also like to to reach out to all young gender non-conforming youth out there: I know it's hard, I've been there, but remember it’s your right to be accepted as what you identify with---you deserve the same respect as any other human being on this planet. As a transgender woman I hope to show that after transition (a life-saving process) one can be happy and successful in their new chapter without having to alienate their past. Most importantly differences should not equal divisions, let's all stand together in union.#betruebeyou