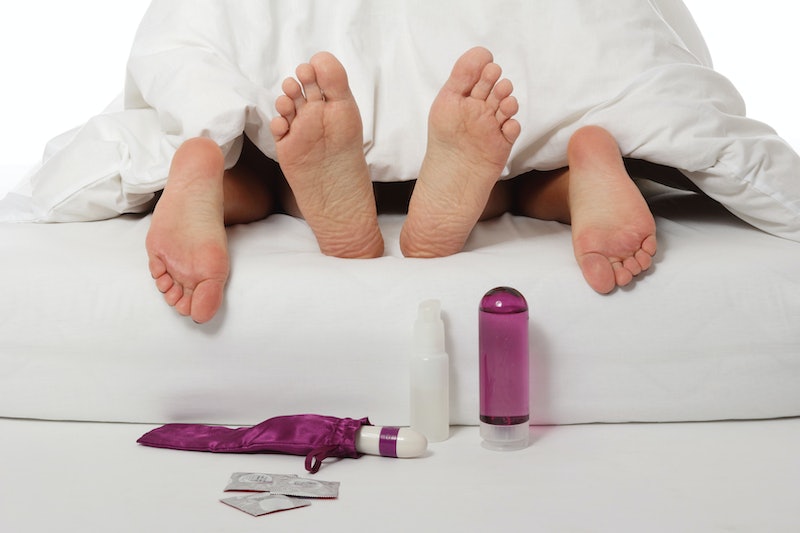 Doctors examining a 38-year-old Scottish woman who complained of incontinence, severe weight loss, and lethargy got the surprise of a lifetime when they discovered the, uh, unexpected cause of her symptoms: a sex toy stuck inside her vagina for the past decade.

According to a report in the Journal of Sexual Medicine, surgeons at the Aberdeen Royal Infirmary were shocked to discover a strange foreign object protruding into the woman’s bladder. When they actually removed the item, they discovered it was a five-inch-long sex toy. Again, probably not what they were expecting to see, but it’s not the first time sex has gone awry, right?

What really took the doctors aback was when the woman admitted that she had used that particular toy with her partner 10 years ago. That’s right, 10. Apparently, she had been drinking at the time (shocker, I know) and couldn’t remember if she ever removed it or not. Well, clearly she has the answer now. Unfortunately, she had to undergo serious treatment to get it.

Doctors say the toy caused potentially life-threatening damage, including a rare “vesicovaginal fistula,” an irregular tract that causes urine to flow into the vagina, and a blockage in the bladder. Luckily, medics were able to repair the damage and the woman was later released from the hospital.

I’m glad she’s OK, as having a 10-year-old sex toy lodged in your nether regions definitely doesn’t seem like the most pleasant experience. It just goes to show, don’t drink and play with sex toys, kids…or at least make sure that they’re all accounted for the day after.

Image: The Journal of Sexual Medicine