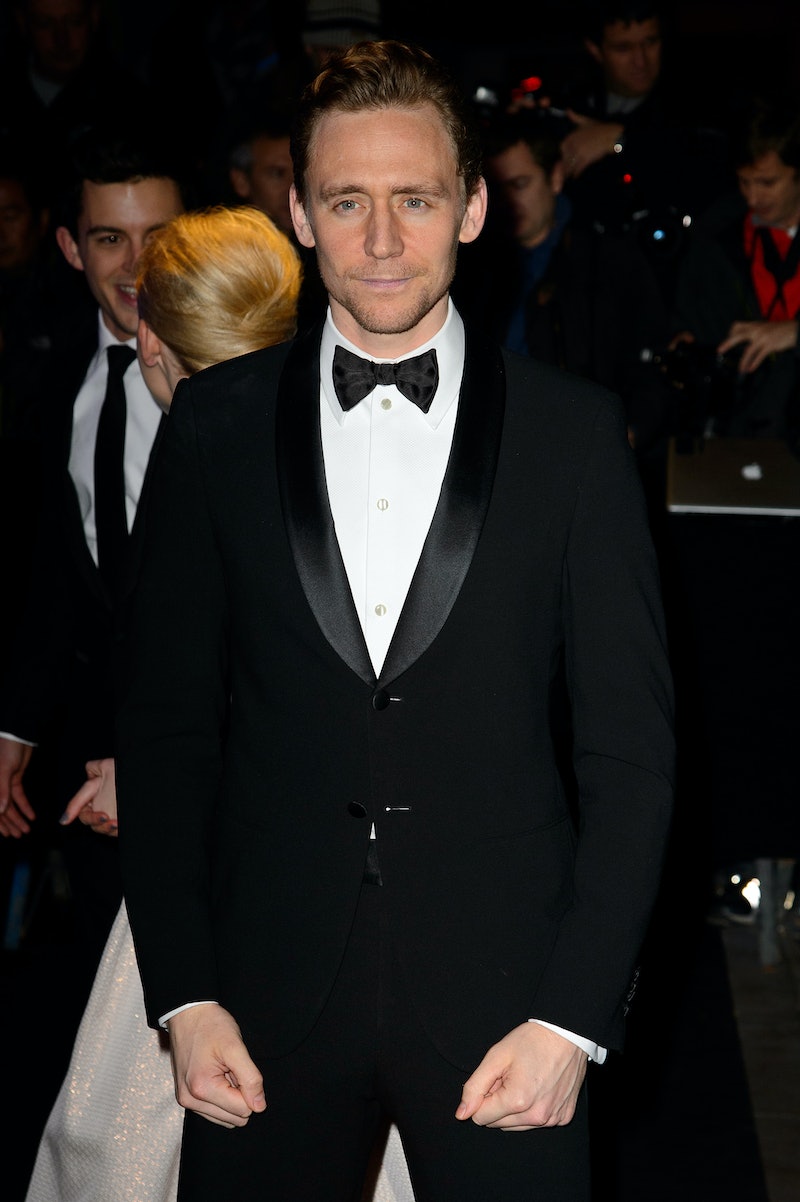 Are you ready to get spooky with Tom Hiddleston? As in, are you ready for Tom Hiddleston to really freak you out? Because if what Guillermo del Toro revealed about Crimson Peak at Comic-Con on Thursday is true, the Thor actor's about to get creepier than ever. In a very literary way, of course. The cast list for Crimson Peak alone is enough to get a lot of people psyched: Tom Hiddleston, Jessica Chastain, Charlie Hunnam, Mia Wasikowska, Supernatural's Jim Beaver. And then, of course, there's director Guillermo del Toro, who's got creepy credentials crawling out of his ears.

There has been a certain amount of mystery shrouding the Toronto* production of Crimson Peak, which has been in the works since 2006, soon after Pan's Labyrinth was released. Del Toro describes the film as a "ghost story and gothic romance," and the IMDb logline reads, "Young author Edith Cushing discovers that her charming new husband is not who he appears to be." Edith Cushing, for the record, is Wasikowska's character.

Del Toro's Comic-Con presentation filled audiences in with more information about the film than we've ever been privy to before. So what do we know about Crimson Peak at this point?

He and Wasikowska appeared onscreen together previously in artsy vampire flick Only Lovers Left Alive. This time Hiddleston's character seems even more sinister. Benedict Cumberbatch and Emma Stone were originally cast in Hiddleston's and Wasikowska's roles, but we'll forgive them for dropping out because these seem like apt replacements.

That's according to Del Toro, who told journalists at Comic-Con that “It’s a romance with ghosts. The ghosts are scary but the humans can be even scarier.” Del Toro also describes the film as "very brutal and very beautiful."

Del Toro also led journalists at Comic-Con through the period haunted house modeled after the film. As Forbes' Dorothy Pomerantz describes it:

Holes in the ceiling offer a view on a dark and cold night sky. A glass case features costumes and props from the film including tea cans, a bloody boning knife and some newspaper clippings. Del Toro says that clever viewers will be able to start uncovering the plot of the film by looking closely at the arrangement of props. Butterflies and moths, a recurring theme in the film according to del Toro, can be seen everywhere in the narrow exhibit.

Here is Hiddleston grabbing at an adornment on Chastain's breast. Dashingly.

To Del Torro this means The Haunting and The Innocents, as well as The Shining, The Omen, and The Exorcist. Is the world ready for another Shining? I think it's more than ready — it's raring.

*Edit: This post originally stated that this film was shot in Vancouver. The reality is that it was shot in Toronto, which seems good for Toronto.