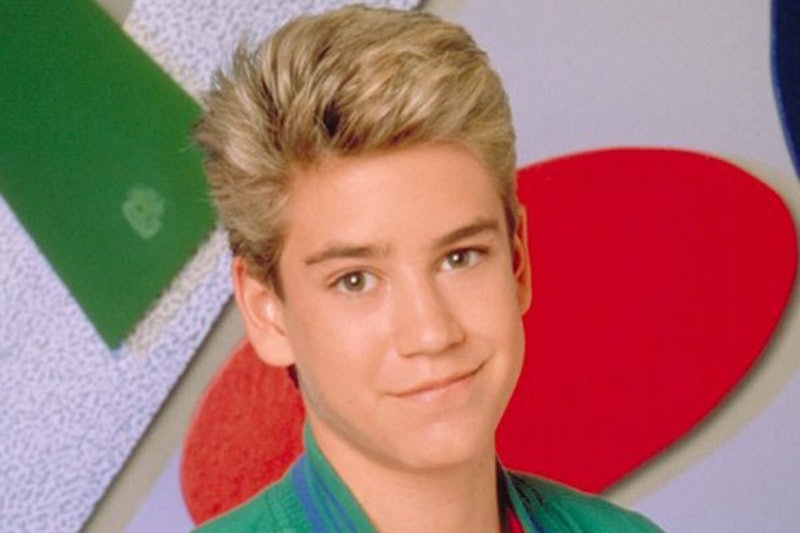 Fashion in the 1990s saw a lot of ups and downs. Even as the '80s came to a close, neon colors continued to be the palette of choice, and items generally reserved as workout gear still made their way into day-to-day outfits. If the look wasn't tight and bright, it was laid-back and baggy, as grunge because the cool kids' style vibe of choice. No plaid button-up was too threadbare. White T-shirts and jeans became fashionable. Men and women of all ages embraced their bad side with a little flannel and strategic touches of leather.

If you weren't dressing like Kurt Cobain or Jane Fonda, than chances are you were sporting the ultra preppy look, with pastel polos and pleated khakis. No matter what, the styles were loud, and made a definitive statement about who you wanted to be seen as. The divide may have been extremely visual, but maybe that is one of the things that made the decade so great — individuality. It wasn't just the ladies getting in on all these trends; the guys of the '90s were looking just as fine. From 90210 to Boy Meets World, TV in the '90s was filled with well-dressed dreamboats. Here are the best of the era, in no particular order.

Sure, Ross and Joey knew how to dress to impress, but when it came down to the guy you want to bring home to mom and dad, Chandler checked off all the right things on your list. He knew how to dress up for an occasion, but could look just as adorable coming over to watch the game. He didn't have to try to hard — the key to being a truly fashionable dude.

Obviously the Fresh Prince of Bel-Air makes the list. Smith was a trendsetter in his own right. He made waves in the '90s for a number of great reasons, and one of them certainly was his fashion choices. He brought neon to a whole new level, and the kiddies ate it up!

When Boy Meets World first debuted Cory's older brother, Eric was super cool. He got all the girls and was one of the most popular guys at their school. As the seasons went on, Eric somehow became the cast bonehead, and brought little substance to the group. But his button-up shirts and knit sweaters were still perfectly selected, and for that reason, he remains a memorable dresser.

Another Boy Meets World alum, this resident bad boy had a lust for leather jackets and silver chains. As a proper ladies man, Shawn knew how to turn on the charm with every baggy and button down shirt he wore. Plus, he made Cory look even nerdier standing beside him. Classic.

He was sooo dorky in the beginning days of Beverly Hills 90210, but didn't that sort of make him more lovable? David rocked a lot of patterned dress shirts, and seemed to own an endless supply of wicked cool jackets.

Felicity came on the scene near the end of the '90s, and all eyes were on the man she followed across the country to get closer to: Ben Covington. As the decade was coming to a close, we began to see guys get comfortable in turtlenecks, ribbed sweaters, and boot-cut denim. Ben was perfectly preppy, winning the hearts of viewers for four straight seasons.

My So-Called Life really set the tone for teen angst in the 1990s. You had to be a certain kind of person to get the show's dark humor, and you certainly had to be in touch with the more over-dramatic side of your personality to be able to relate to the characters. Jordan stole the screen as only Jared Leto's dreamy eyes can. He was dripping in grunge, and provided just enough edge to make him worthy.

Bad boys are starting to rule this list, and that can be easily solidified by adding this Melrose Place hottie. He slept with every female character on the show and rarely wore a shirt — but when he did, he kind of looked like this. I'd call this "Cool Dad Chic," but he's rocking it.

His jeans may have sometimes been too high on his waist, but we seemed to forgive him as he continued to be one of the biggest blond heartthrobs of the '90s. We saw a few transitions in fashion on Saved By The Bell but one thing is sure: Zack was and always will be known as "preppy." (Thanks, Slater!)

Does he really need an explanation? We are talking about '90s perfection right here.