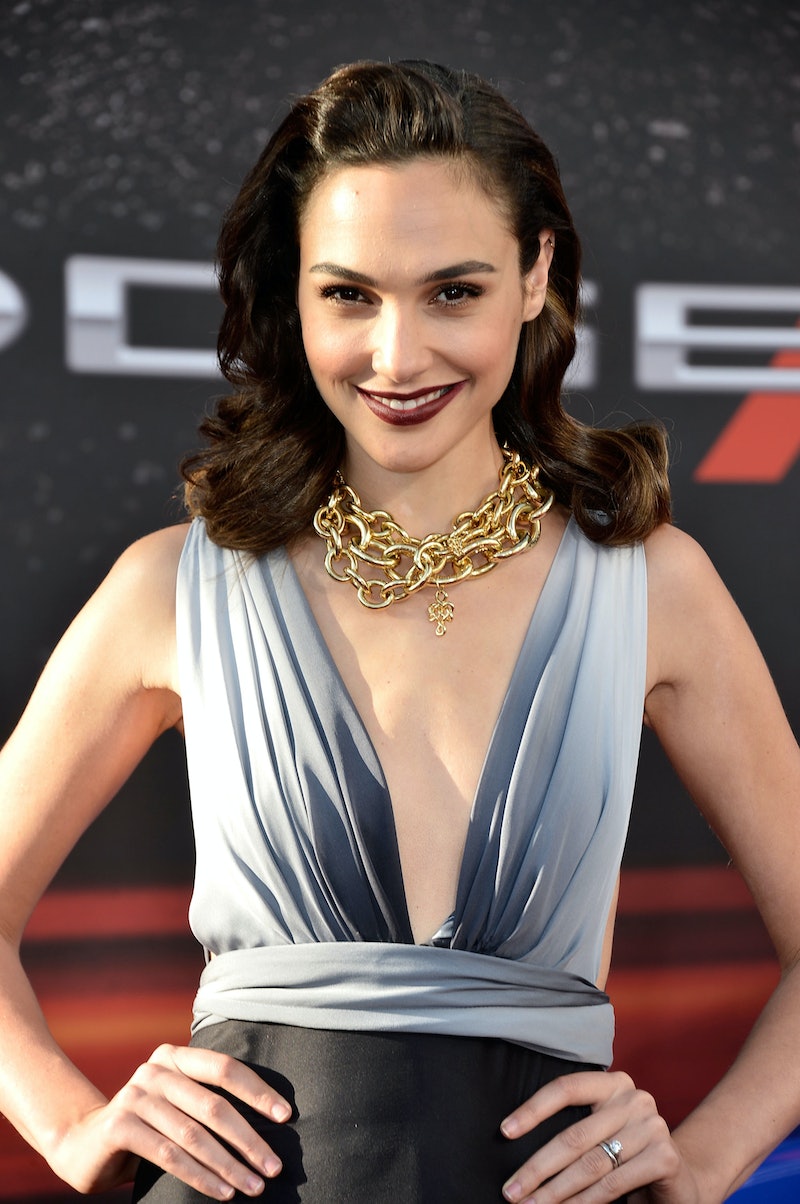 With Comic-Con in full swing right now down in San Diego, fans attending the various panels at the event are being treated to some major spoilers. Like this: During a panel for the upcoming Batman v Superman: Dawn of Justice — with stars Ben Affleck, Henry Cavill, and Gal Gadot present — fans were treated to a first look at the highly anticipated debut of Gal Gadot as legendary superhero Wonder Woman. And, thankfully, you can bet her costume is seriously badass.

In fact, it doesn’t really look anything like the prior descriptions of Wonder Woman’s costume that were leaked earlier in the year — it’s better.

Sure, you might be used to seeing Wonder Woman in her classic, patriotic leotard outfit of red, white, and blue, but director Zack Snyder and his creative team decided to ditch the traditional look and have it taken up a notch. In what appears to be a brown or bronze outfit that looks more like armor than a spandex suit, Wonder Woman looks more like Xena the warrior princess. And I’m loving it.

To be honest, at first glance her new (and much-improved) costume actually makes her seem more like a cool villain than someone fighting on the side of good, but I’m not really complaining. It's badass either way! I’ve never really been one for the classic Wonder Woman get-up (probably because of all things Kim Kardashian-related), but you can bet this will definite contender for my favorite superhero costume of all time. I mean who wouldn’t want to look courageous and empowered like Wonder Woman does in this image?

Unfortunately, we may have to wait a while to see any more promotional material — and we're gonna have to wait a really long time to see the actual film: Batman v Superman: Dawn of Justice will hit theaters on May 6, 2016.