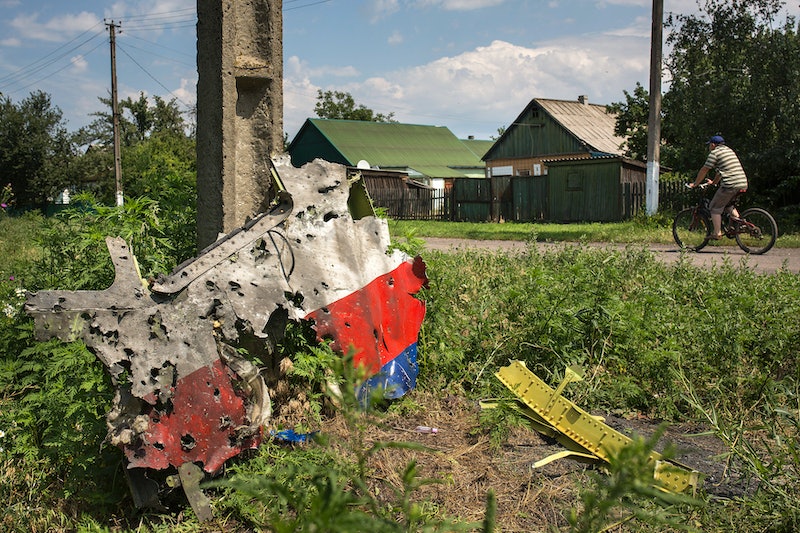 Clues about what happened to the downed Malaysia Airlines Flight MH17 remained elusive on Sunday as Dutch-led investigators deemed the crash site too dangerous to enter. The 49 investigators, from the Netherlands and Australia, had intended to examine the site and attempt to recover the remaining bodies from the crash as well as secure an international foothold in the closely guarded area. But such a move looks to still be a ways off: After traveling 190 miles by road to the rebel-held Donetsk, near where the plane went down, the unarmed investigators turned away due to ongoing fighting in the area.

Sunday's events were at least the second postponement for this group of investigators. They had at first planned to begin recovery on Saturday, but concerns about safety and having permission to collect the bodies delayed the excursion. By early Sunday morning, things seemed to be looking up after Donetsk's rebel leader, Andrei Purgin, allowed the investigators entry if they weren't armed. The decision seemed to go along with the separatists' strategy of fending off accusations that they have actively hampered the investigation. Said Purgin:

Let them come first. In more than a week after the crash we haven't seen any proper investigators, not a single person from ICAO [International Civil Aviation Organization], which is supposed to look into the causes of the crash. It looks like the foreigners are not interested in establishing the truth.

But apparently permission could only take the investigators so far. International officials by Sunday afternoon were still struggling to gain any significant presence at the site due to the violence that 10 days earlier apparently resulted in a surface-to-air missile downing the commercial passenger plane. Smaller groups of investigators have managed to reach what remains of the crash site (after it was set upon by separatists and looters), but they have not formed a significant enough presence for other groups to smoothly enter.

The Dutch-led team, sent because most victims of the crash were Dutch nationals, also includes 11 Australian officials. Australian police commissioner Tony Negus is adamant that the investigators' difficulties have not served anyone and that the planned mission is purely humanitarian:

The first priority is to locate the remains of any victims still on the site. We will also conduct a forensic examination of the site, and as you well know and as has been well publicised, the site has been contaminated and raked over many times – so we are realistic about what the forensic utility of actually doing that would be.

The mission is now planned to go in on Monday – if it doesn't get delayed again.