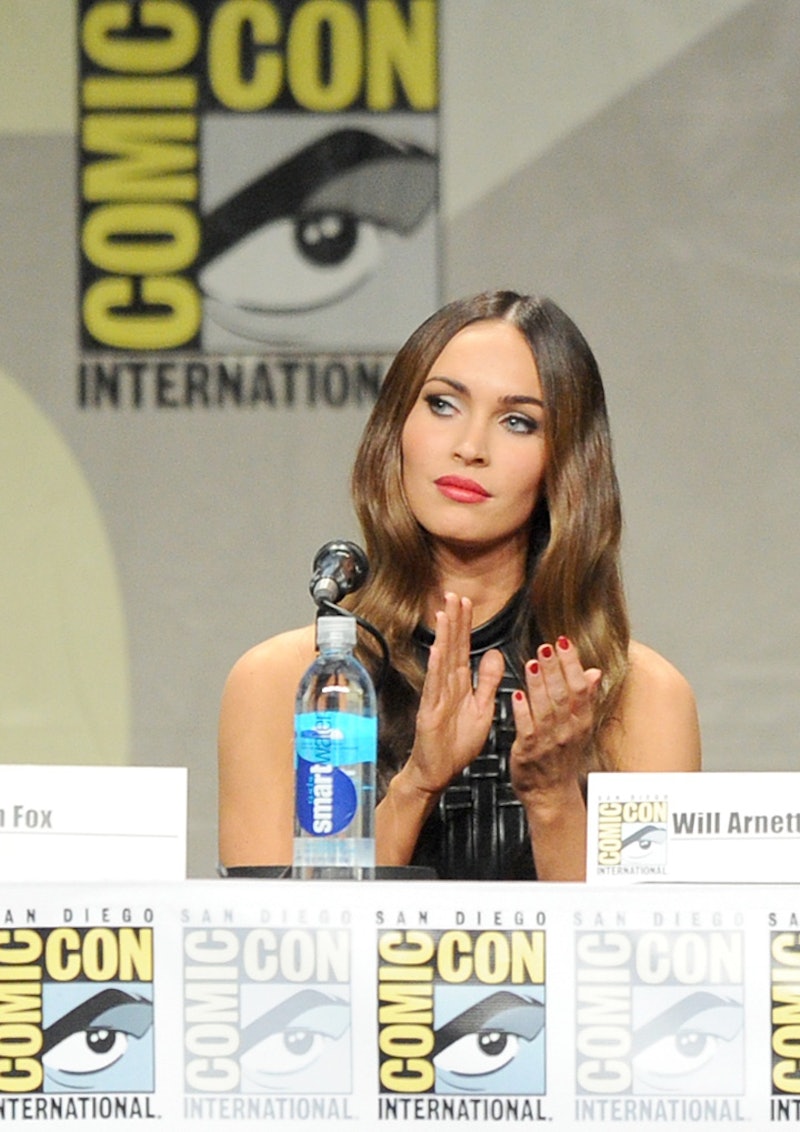 During an interview with HitFix at San Diego Comic Con 2014, Megan Fox reveals she had a totally badass fight scene in Michael Bay's Teenage Mutant Ninja Turtles that we'll probably never get to see. "I had a really awesome scene where I was fighting The Foot Clan," Fox said,"but I think they were like, 'Why would a tiny journalist be able to kick so much ass?'" Fox, who plays journalist April O'Neil in the film, said that "a lot of girl power ended up on the cutting room floor, unfortunately." Fox pointed to her disappointment with the fight scene's disappearance from the film, and added that since her character isn't a typical "damsel in distress", a fight scene would have made sense. Unfortunately, the film's producers seem to disagree.

Further along in the interview, Fox suggested that, as a woman working in an industry that places a high premium on her physical presentation as conventionally "hot", the omission of her fight scene speaks to an ongoing personal struggle of feeling written off: [April] is an ambitious journalist that's not making it the way that she wants to be because people underestimate her." Fox then added sarcastically, "I couldn't possibly relate to that." Fox also hints at parallels between her character in TMNT and herself, adding that, in the film, April O' Neil is struggling to break away from writing "fluff pieces" that don't showcase the range of her abilities and limit her creative expression. Sadly, according to Fox, producers may have thought that a "tiny journalist" fighting of a swarm of bad guys just wasn't believable.

More like this
What Is Megan Thee Stallion’s Net Worth? The Traumazine Hitmaker Isn’t Worried About A Budget
By Hugh McIntyre
Everything To Know About The Musical 'Joker' Sequel – & Lady Gaga’s Role
By El Hunt and Sam Ramsden
Stephen Graham’s Wife Plays A Vital Role In His Career
By Emma Madden and Sophie McEvoy
Nicola Peltz Has Addressed Her “Feud” With Victoria Beckham
By Sam Ramsden
Get Even More From Bustle — Sign Up For The Newsletter