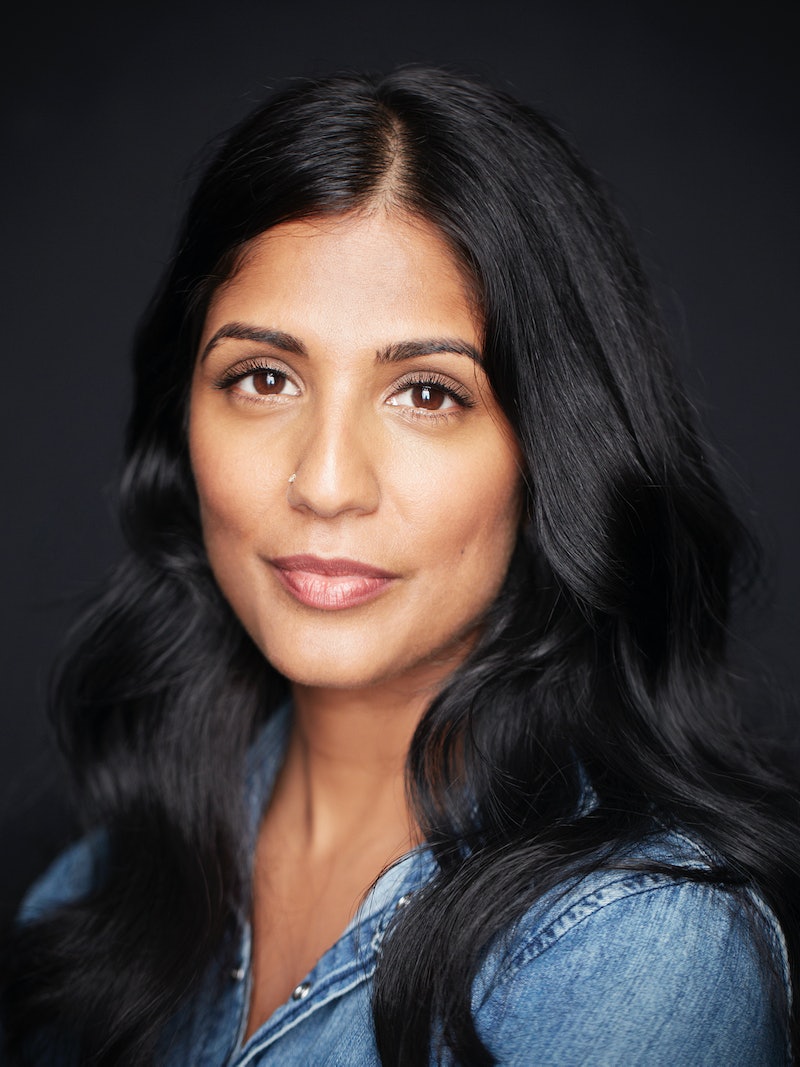 In fiction, there are a few types of characters: ones you instantly forget; ones who stay fresh in your mind as favorites; and once in a great while, ones who seem so real they could be in the next room over. A cast of these rare, "real" characters make Mira Jacob’s The Sleepwalker’s Guide to Dancing (Random House) a debut novel that stands out from the summer reading pack as one of 2014's best books yet.

Sleepwalker's Guide is as smart as it is escapist, narrated in an irresistible voice that's unafraid to make you laugh. The novel is told through the eyes of Amina Eapen, the child of Indian immigrants Thomas and Kamala, and sister of Akhil. Thomas and Kamala defy cultural demands and their family’s wishes by choosing to stay in America, and the contentious move haunts the family like a curse across the sea. Shattered by the sudden, tragic death of Akhil, the remaining Eapens become driftwood in a current, each reeling from their loss. In the ensuing years they stumble to reconnect and relate to each other over the chasms of grief and blame.

Amina, an adult floundering in Seattle, rushes to her parents' home in Albuquerque when Kamala passively hints that Thomas might be ill. At this overdue convergence, the family must confront their shared past and the mystery clouding their futures.

Each Eapen is a tangle — Amina feels forgotten in her brother’s eternal shadow and tries her best to keep her small remaining family intact, but stays the eternally awkward teenager, her foot permanently stuck in her mouth. Kamala cooks away her feelings, buries her head in the sand to bad news, and is prone to exploding with all of the wrath of the TV preachers she’s turned to in crisis. Thomas loses himself in his work and finds himself haunted by visions of the past.

Little details in Sleepwalker’s Guide breathe vivid life into the family and their story. The dialogue between the characters is in turns hilarious and heartbreaking, reflecting a deep love hidden by layers of propriety, duty, and hurt. Akhil’s dreamy sullenness, Kamala’s mama bear prowess, Thomas’ stretched loyalties and abilities, and Amina’s artistic fears blaze to life with Jacob’s subtle, magical hand. The scenes of family members interacting with each other, whether wrestling over a backpack or inventing a new-and-improved garbage bag, make you believe in the humanity of their dynamic.

The playful, witty, whip-smart voice that Jacob renders makes this sprawling story flash by in a few late nights of not being able to set the book down while the reader fights sleep. It’s hard to resist unlocking another Eapen family secret as the question of what’s ailing Thomas deepens, told in turns with flashes into the murky past. The story is enthusiastic and breathless, not once falling into a drag. If you’re wanting to make new friends on the beach or trying to avoid your own messy family at on a timeshare getaway, The Sleepwalker’s Guide to Dancing is a brilliant choice.