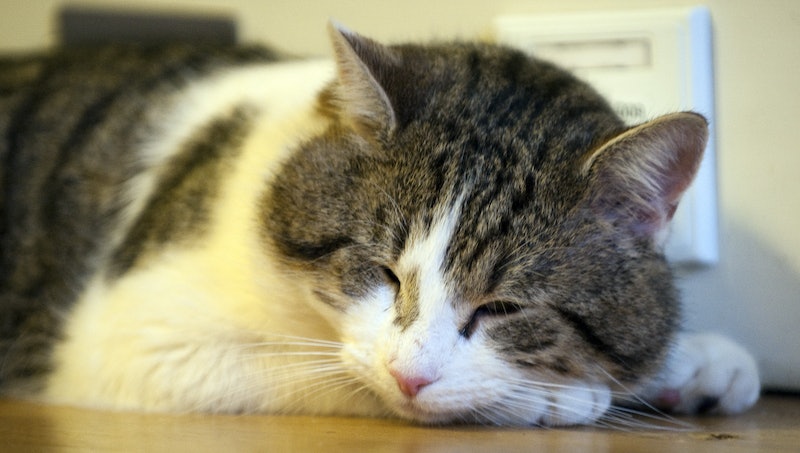 When I reminisce with my friends from undergrad, we inevitably have some disagreements on the finer details of our storied shenanigans. But once in a while, someone will recall something completely differently, or something no one else can remember in the slightest. Don't chalk that up to alcohol just yet: A new study from the Association for Psychological Science found that sleep deprivation may lead you to create false memories.

Good! So it was all those late-night study sessions that made my college experience hazy, not the excessive binge drinking/borderline alcoholism! What a relief.

The study, done by researchers at the University of California, Irvine and Michigan State University, was inspired by the experiences of one of its leads, Steven Frenda.

"Over the years I noticed that whenever I had a bad night’s sleep, my perception and memory seemed to get fuzzy until I had a good recovery sleep," Frenda told Psychological Science . "I was surprised to find that there were so few empirical studies connecting sleep deprivation with memory distortion in an eyewitness context. The studies that do exist look mostly at sleep deprived people’s ability to accurately remember lists of words— not real people, places and events."

So Frenda took a more visual route. He and five other researchers rounded up 104 college-age participants who were separated into four groups. Immediately upon arriving in the lab, two of the groups were shown photos of a crime, then one group was allowed to sleep, and the other had to stay up. How unlucky for them, right? The remaining two groups were also separated into the sleepless and blissful, but were shown the crime photos in the morning instead of that night. In the second part, all of the groups had to read a narrative that offered a conflicting story on what was happening in the photo.

Frenda found that of the four groups, only the students who had stayed up all night and then looked at the photos and narrative were susceptible to false or inaccurate memories. Frenda told Psychological Science that these findings could potentially affect law enforcement.

"Recent studies are suggesting that people are getting fewer hours of sleep on average, and chronic sleep deprivation is on the rise," Frenda said. "Our findings have implications for the reliability of eyewitnesses who may have experienced long periods of restricted or deprived sleep."

Yeah, and that's like, super helpful and all. But another take-home from this (I'm looking at you, college kids) is that you probably shouldn't save the important stuff for your test until the morning. So if you're going to stay up all night, you should study first, go out second. You're welcome.