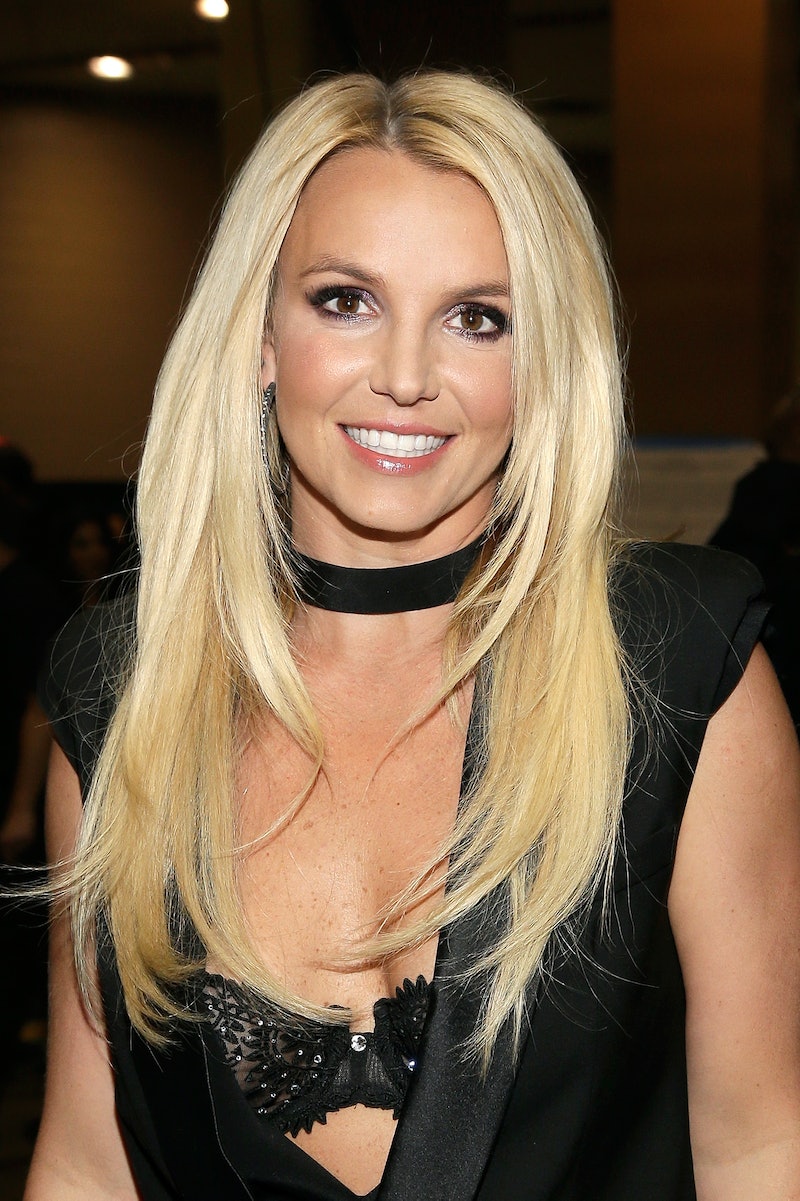 Everyone's favorite pop princess is passing on her love for Disney to the next generation. Britney Spears took her two sons to Disneyland this weekend because every kid should pay a visit to the happiest place on Earth, especially if those kids have an ex-Mouseketeer for a mom. Sean Preston and Jayden James got to ride Space Mountain and Splash Mountain, and a source told E! that Spears “seemed like she was in a great mood and seemed happy that her kids were having fun." Spears even shared a family photo on her Instagram with the comment, “Took these two little Mouseketeers to @Disneyland today… like mama like sons ;).” I’m sure Sean and Jayden had to hear a lot of the traditional parent “Back when I was your age” stories about her Disney days.

Spears was a key member in the rebooted variety show The Mickey Mouse Club back in the early 90’s. Last year was the Mouseketeer gang's 20th anniversary, and famous alumni include The Americans actress Keri Russell and N’SYNC band members Justin Timberlake and J.C. Chasez. Of course, not many parents can say “Back when I was your age, I was singing on stage with Christina Aguilera” or “doing stage skits with Ryan Gosling,” but that’s just one of the many rites of passages Spears can share with her two boys.

This trip is obviously just the start of a long walk down memory lane because, of course, she'd want them to know about her first gig wearing the mouse ears.

But she could also take them to the old stage where she first sang on Star Search.

Or maybe she should introduce her boys to Banana, the large yellow python she performed with during her "I'm a Slave for You" set at the 2001 MTV VMAs.

They at least need to meet Madonna, who is not only their mom's icon but was her partner in the famous kiss seen around the world during their 2003 VMA performance.

But she could just keep it simple and take them on a road trip a la seminal 90's classic Crossroads. And yes, it is required that they travel only in a yellow convertible and participate in a karaoke competition.

The trip will end back at her hometown of Kentwood, La., and her boys can see her bedroom where she had her scandalous Rolling Stone photo shoot. (But not the actual cover, 'cause no one wants to see their mom like that.) She can also show them some of her old toys, like her Tinkie Winkie stuffed animal. She just might have a hard time explaining what a Teletubbie is.