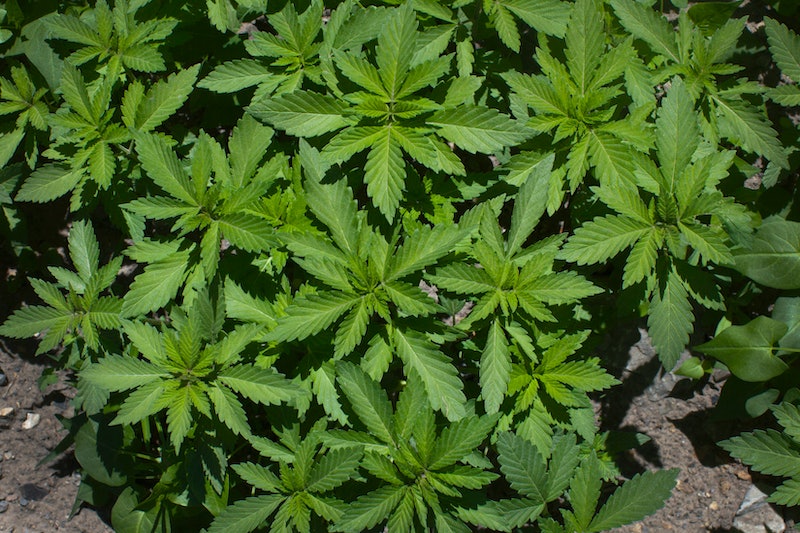 Apparently, the pro-marijuana movement and The New York Times' editorial board are in a budding relationship. After publishing a slew of articles citing negative effects of cannabis, The New York Times called for the federal legalization of marijuana Saturday. In a dramatic, multi-part series, the largest newspaper to endorse marijuana to date will delve into the drug's pros and cons, including history, health facts, and legalization in individual states.

This seemingly sudden switch in attitude comes as a result of the drug's growing social and state-based acceptance, according to the NYT editorial board, which likens the federal ban on marijuana to the costly and arguably unnecessary restrictions during the Prohibition era.

We reached that conclusion after a great deal of discussion among the members of The Times’s Editorial Board, inspired by a rapidly growing movement among the states to reform marijuana laws.

There are no perfect answers to people’s legitimate concerns about marijuana use. But neither are there such answers about tobacco or alcohol, and we believe that on every level — health effects, the impact on society and law-and-order issues — the balance falls squarely on the side of national legalization.

The Times, urging Congress to reconsider its 40-year ban, cited the social costs as disproportionate compared to more dangerous drugs like cocaine or heroin. In fact, the arrests involving marijuana are more than double the arrests involving its more intense counterparts, and overwhelmingly fall on young, black men, according to FBI records. The Times also claims that addiction and dependence are far less likely than alcohol and tobacco use.

But The Times didn't always think dope was so, well, dope. In January 2013, after marijuana was legalized in Washington state and Colorado, it called today's green "not your parents' pot," and said the higher potency could make teenagers more vulnerable to addiction. In January 2014, The Times again wrote about the dangers of snacks laced with THC, also known as edibles, and how children can easily mistake the two. Then again in March and June of this year, with pretty much the same message: Beware of pot. And finally when columnist Maureen Dowd documented her bad trip with edibles. She wrote:

I strained to remember where I was or even what I was wearing, touching my green corduroy jeans and staring at the exposed-brick wall. As my paranoia deepened, I became convinced that I had died and no one was telling me.

Given The Times' track record with social trends, I'm not too surprised it's taken this long for more favorable coverage. Don't get me wrong: I subscribe to the NYT breaking news alerts and lose myself in the Sunday op-eds. But The Times, well ... it's not an avid follower of millennial trends. What you may have noticed as an emoji epidemic a year ago, it might just be reporting now. That viral video? You saw it on Buzzfeed six months ago. And that's perfectly OK, because if The New York Times is just now endorsing the legalization of marijuana, it must mean it's heavily accepted in the cultural and social zeitgeist.

The individual state laws are evidenced by this: At this time, 35 states and the Distict of Columbia allow some form of medical marijuana. Additionally, 18 states and D.C. have decriminalized weed, which means possession of small amounts is usually handled the same way as traffic tickets. About 76 percent of Americans live under relaxed marijuana laws, according to The Times.

Sure, it's slow to the draw, but perhaps the authority from which The Times comes from can still influence public discourse. After all, Twitter has been ablaze with comments.

This series could even possibly affect future legislation. This year, Alaska, Oregon, and the District of Columbia will vote on full legalization of marijuana; Florida will vote on legalizing medical marijuana. In the end, however, it will be up to Congress to decide. Though, the fact that President Obama has even had a toke probably won't help convince Republicans.