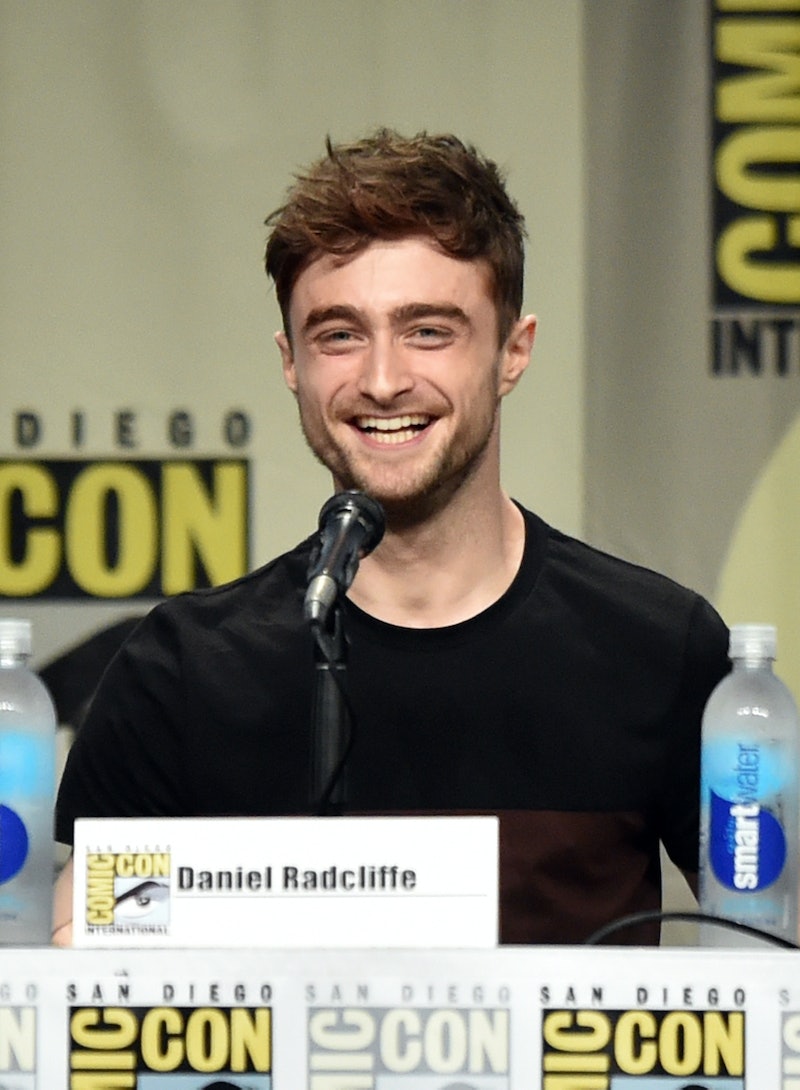 If you were at San Diego Comic-Con, then there's a good chance you got to see a lot more than celebrity panels and sneak previews of your favorite shows. Like, for example, you might have seen Spider-Man wandering through the crowds and mingling with the lines. However, it wasn't Peter Parker or a well-meaning cosplayer under that mask. Apparently, Daniel Radcliffe dressed up as Spider-Man to check out San Diego Comic-Con in secret, joining Peter Jackson and Jack Black among the celebrities in disguise at the event. Try, for a moment, to imagine asking a particularly short Spider-Man to take a picture for you only to have him remove his mask and reveal that he's actually Harry Potter. It sounds like the most meta moment in Comic-Con history.

Of course, Daniel Radcliffe is far from the first — and far from the last — celebrity to go undercover at Comic-Con, but he is the one who is so strongly associated with a single character that it seems like it was a missed opportunity here. Daniel Radcliffe could have dressed up as Harry Potter dressing up as Spider-Man. For all intents and purposes, that's exactly what happened. The picture of his cosplay that Daniel Radcliffe posted to his Google+ page only features him in costume, but one lucky fan managed to get a picture of him without the mask on to share with the world.

Honestly, the move seems like something the real Harry Potter would do. After all, Harry never liked being the center of attention anyway and he did come from the wizarding world so there's a good chance he might have picked up a Spider-Man comic book if he could pry it out of his cousin Dudley's hands. Daniel Radcliffe might be done playing Harry Potter, but if Harry Potter had been at San Diego Comic-Con then he probably would have been overwhelmed.

First, there would have been the dilemma of what spell to cast to disguise himself.

Then, he would have had to deal with all the Harry Potter cosplayers in attendence.

Not to mention not knowing any of the celebrities because he never watched TV growing up.

And that awkward moment when he realizes he could have just gone as himself and no one would have noticed.

And the other awkward moment when he mistakes other cosplayers for Ron and Hermione.

Though at least he'd be comforted by that Spider-Man walking around who is just as short as he is.

Seriously, Daniel Radcliffe missed out on the chance to make so many Harry Potter fantasies come true here.