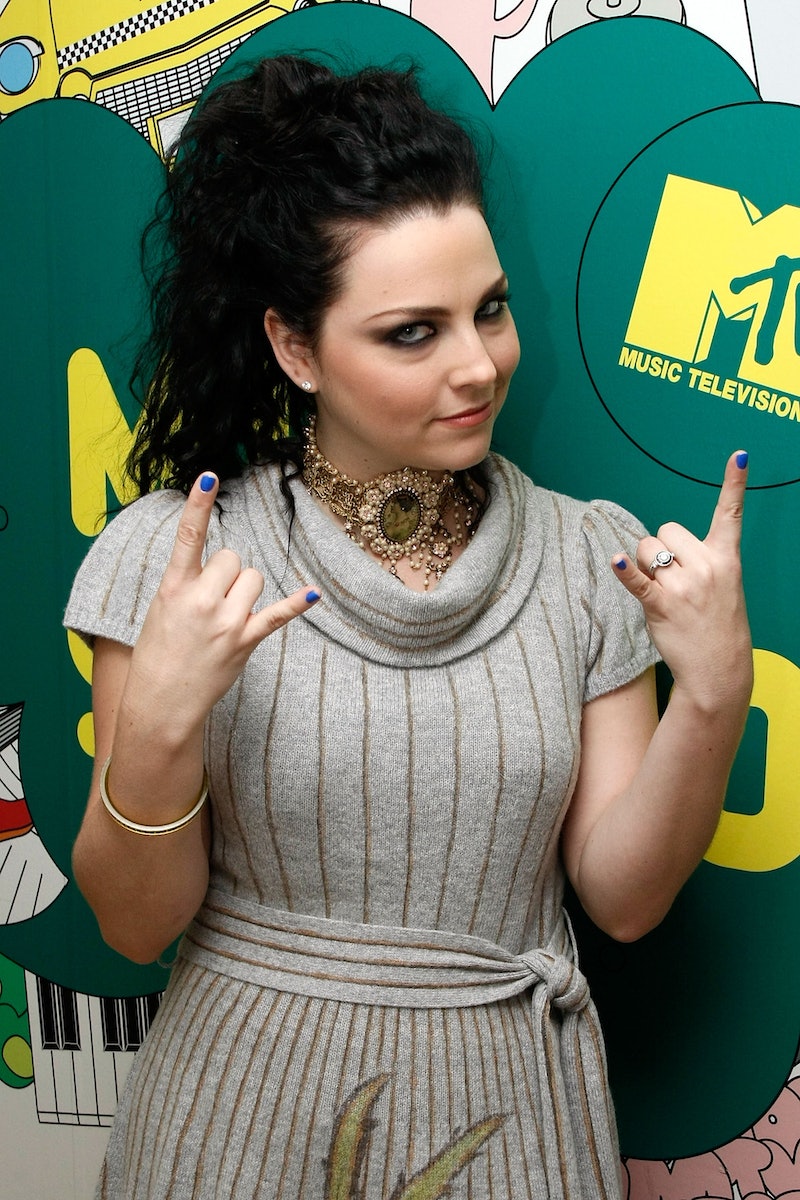 You may not have heard much from Amy Lee, the vocally blessed lead singer of the band Evanescence, this past year, but rest assured she has a fairly solid excuse. Amy Lee gave birth to her first child, a baby boy, on Monday. Lee and her husband, Josh Hartzler, have named their new son, Jack Lion. The name a combination of traditional and edgy, fitting, because it's reminiscent of the Evanescence singer herself. Jack Lion is a seriously lucky baby to get to be sung to sleep by this golden piped goddess. If there is any sort of justice in this world, I hope Lee will have passed on her musical prowess to her little dude.

While Lee arguably has one of the most beautiful voices in the history of the universe (sorry not sorry), her song material does tend to veer on the heavily emotional side. And yeah, some of those incredible ballads aren't exactly baby friendly with the loud, metal-like sound that accompanies her haunting and prominent vocals. But, like most artists, Lee doesn't just stick to one solidified version of a song. She also likes to give her voice the near-solo attention it deserves in the form of acoustic jam session. And I know that regardless of the lyrics — babies can't grasp the meaning behind "My Immortal" anyway — the sheer sound of her songs is enough that I'm petitioning for Lee to adopt me herself.

Here are just a few of Lee's acoustic recordings that make me want to curl up in an over sized bassinet like that girl from My Strange Addiction:

This baby's going to have no choice but to be in touch with his feelings.

Alright, so this one is a little intense, but this is Amy Lee's baby after all! He's got to be just a little bit more bad ass than the rest of the newborn population.

"CALL ME WHEN YOU'RE SOBER"

Do you think a baby can sense the epic smack down Lee's delivering vocally?

"BRING ME TO LIFE"

Amy Lee, you slay me.

Here we go! One angst-less song, coming right up!

More like this
Early 2000s-Era Rhinestone Tattoos Are Back, Baby
By Jordan Murray
Everything To Know About Taylor Swift’s 10th Studio Album, 'Midnights'
By Grace Wehniainen and Jake Viswanath
Twitter Is Freaking Out Over Rihanna’s 2023 Super Bowl Halftime Show Announcement
By Stephanie Topacio Long
Self Esteem's “F*cking Wizardry” Is An Anthem About Knowing Your Worth
By El Hunt
Get Even More From Bustle — Sign Up For The Newsletter