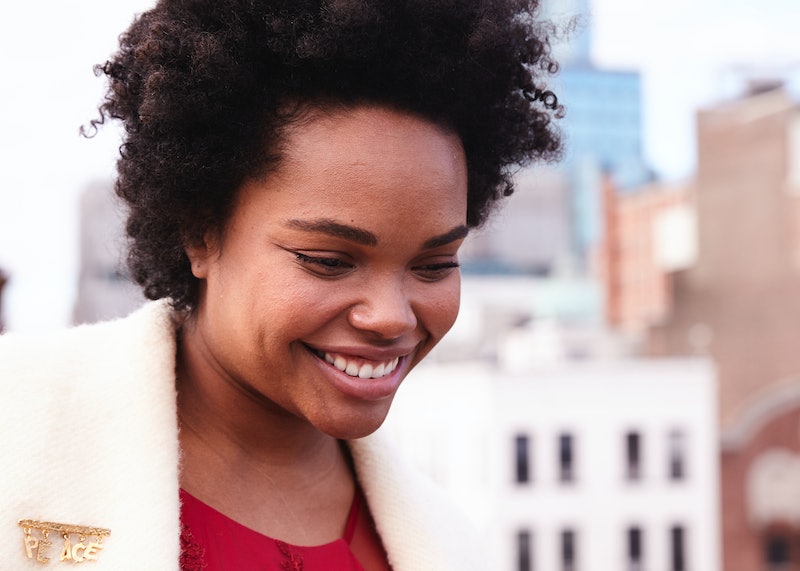 If you’ve ever wondered whether humans form their first impressions of people they’ve just met based on looks alone, we’ve got an answer — and apparently, it’s yes. A new study conducted by researchers at the University of York in the UK examined how we perceive certain facial features, and the results are both fascinating and a little bit sobering. Here’s how it went down:

First, the study, which was published in the journal PNAS, gathered together 1,000 photos of people’s faces from the Internet. At least six different people looked at each of the photos and scored them on 16 social traits — how trustworthy the face looked, how intelligent, and so on. These scores, when examined together, described the faces in terms of three different characteristics: Approachability, dominance, and attractiveness.

Next, using a mathematical model drawn from the data they had gathered thus far, the researchers used a computer to draw cartoon versions of faces that created a scale for each of the three characteristics. Once the computer had created the cartoon faces, the researchers asked real, live humans to rank them on how approachable, dominant, and attractive they were — and lo and behold, the computer’s versions of those three traits lined up with how actual people perceived them. Neat-o, right? The problem, though, is that your facial features don’t really have anything to do with how approachable, attractive, or dominant you are. Said researcher Dr. Thomas Hartley to the BBC, “It might be problematic if we’re forming these kind of judgments based on these rather fleeting impressions, particularly in today’s world where we only might see one picture of a face, on social media, and have to form our impressions based on that.” And let’s face it: The last thing we need is to be getting even judgier than we already are based on physical appearance alone.

That said, though, knowing what people think about certain types of features and expressions might help you navigate social situations better. “You would be able to use these kinds of numbers to decided when is a good time to take a photograph, or maybe to choose the photograph that’s really optimal in putting forward the best possible impression — and you might want to put forward different kinds of social impressions in different situations,” Hartley continued.

Sure, there are plenty of guides out there about how to take the perfect profile picture; this one from Lifehacker, for example, is particularly good. But these new findings are also worth considering, especially when you take into consideration context. You wouldn't want to accidentally upload an image more appropriate for Tinder to LinkedIn, after all. That would be awkward.