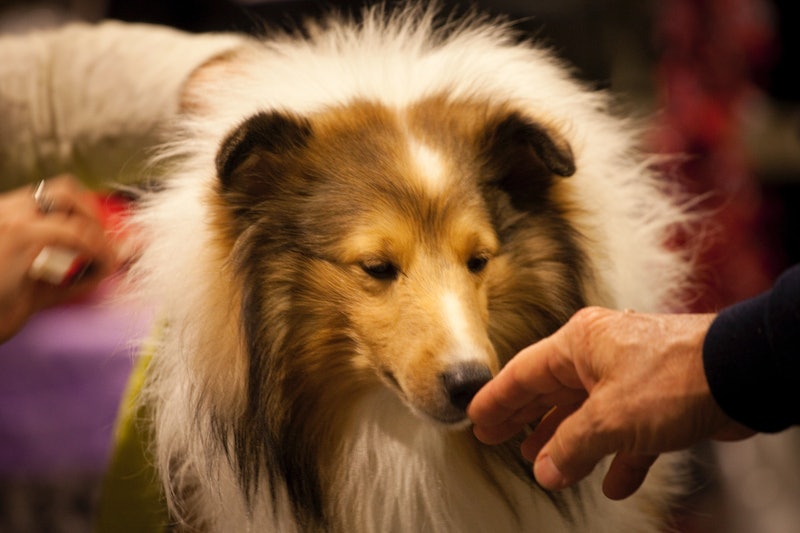 At the University of Pennsylvania Working Dog Center, a study is under way to help dogs learn to sniff out ovarian cancer. Researchers are using blood and tissue samples donated by cancer patients to help train our canine pals to detect the telltale compound that indicates the presence of ovarian cancer. Three dogs are currently in training.

The idea behind the study is that by helping dogs learn to pinpoint the chemical marker that identifies the disease, researchers will then be able to translate that ability to an electronic sensor, which will detect the same odorous substance.

Why all the fuss over sniffing out ovarian cancer in particular? Well, ovarian cancer is particularly deadly due to the fact that its generally not caught until latter stages of the illness. Early detection, in this case, is literally a life saver.

More than 20,000 Americans are diagnosed with ovarian cancer every year. For those who catch it early, 90 percent have only a five-year survival rate. But ovarian cancer doesn't have obvious symptoms. The weight gain, bloating and constipation associated with the disease can easily be written off or mistaken for less pernicious illnesses. That means more than 70 percent of those with the disease are not diagnosed until after it's spread. At that point, the five-year survival rate drops sharply to 40 percent.

In previous research it has been shown that the presence of ovarian cancer alters certain odors in the body. Researchers had success with similar efforts at detection in a 2004 study in Britain, where dogs were able to identify bladder cancer due to a change in urine odor.

"If we can figure out what those chemicals are, what that fingerprint of ovarian cancer is that's in the blood — or maybe even eventually in the urine or something like that — then we can have that automated test that will be less expensive and very efficient at screening those samples," said Cindy Otto, director of the Working Dog Center.

Happy Friday indeed — but don't forget about the HPV vaccine.