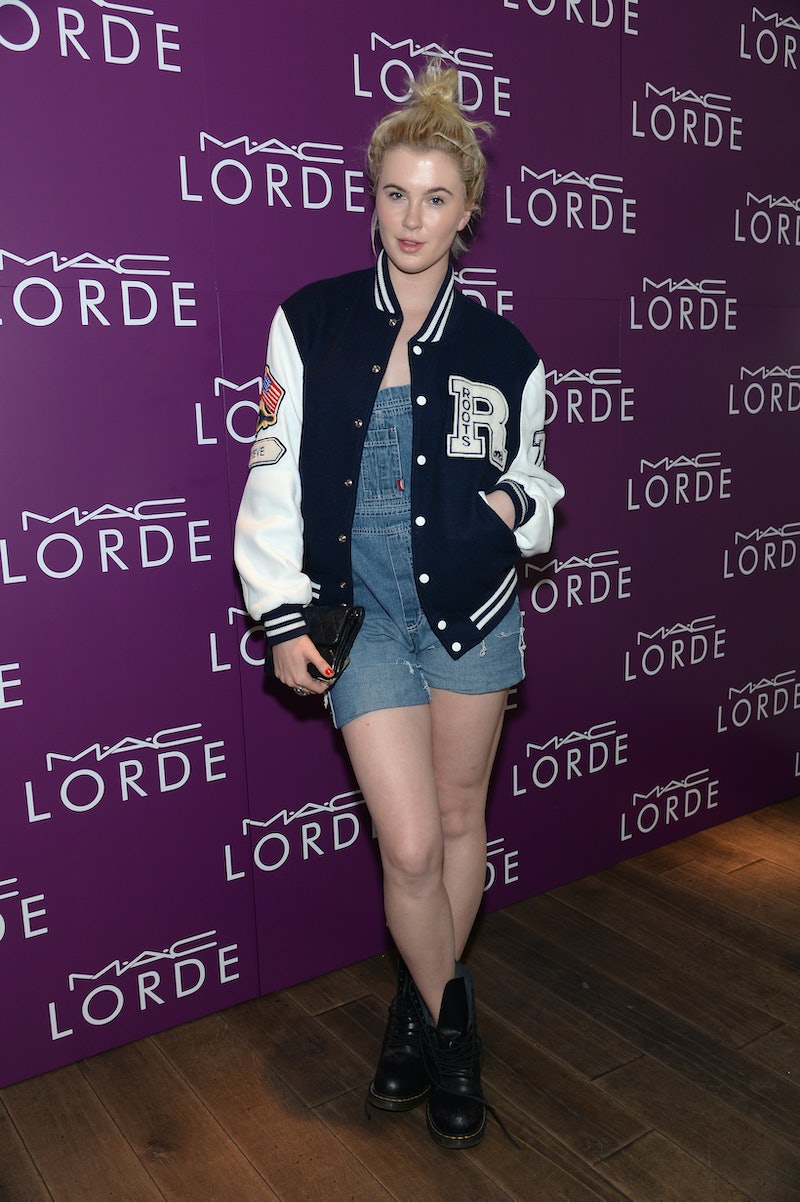 This 18-year-old stunner has very famous parents, an IMG contract, and her first major fashion campaign for the fall. Ireland Baldwin stars in Rampage's fall 2014 ad campaign, with a look inspired by her mom, Kim Basinger's, role in 9 1/2 Weeks. According to Women's Wear Daily, Baldwin joins the ranks of famous models Gisele Bündchen and Irina Shayk who have also starred in Rampage campaigns.

This sexy campaign is Baldwin's first solo ad venture and in the photos she poses behind window blinds and eats strawberries — it's all very Elizabeth-esque. The photos were shot in New York by Nino Muñoz and will debut in the September issues of magazines such as Marie Claire, Cosmopolitan, and People Stylewatch.

The campaign will also be featured in Rampage stores, as well as its website. Baldwin appears in the ads rocking a sultry red pout and wearing flirty dresses, sleek pencil skirts, and a rocker chic legging, top, and heeled bootie look. While we're still waiting to see the ads make their fall fashion magazine debut, the looks I've seen so far certainly have me adding Rampage to my list of stores to shop ASAP.