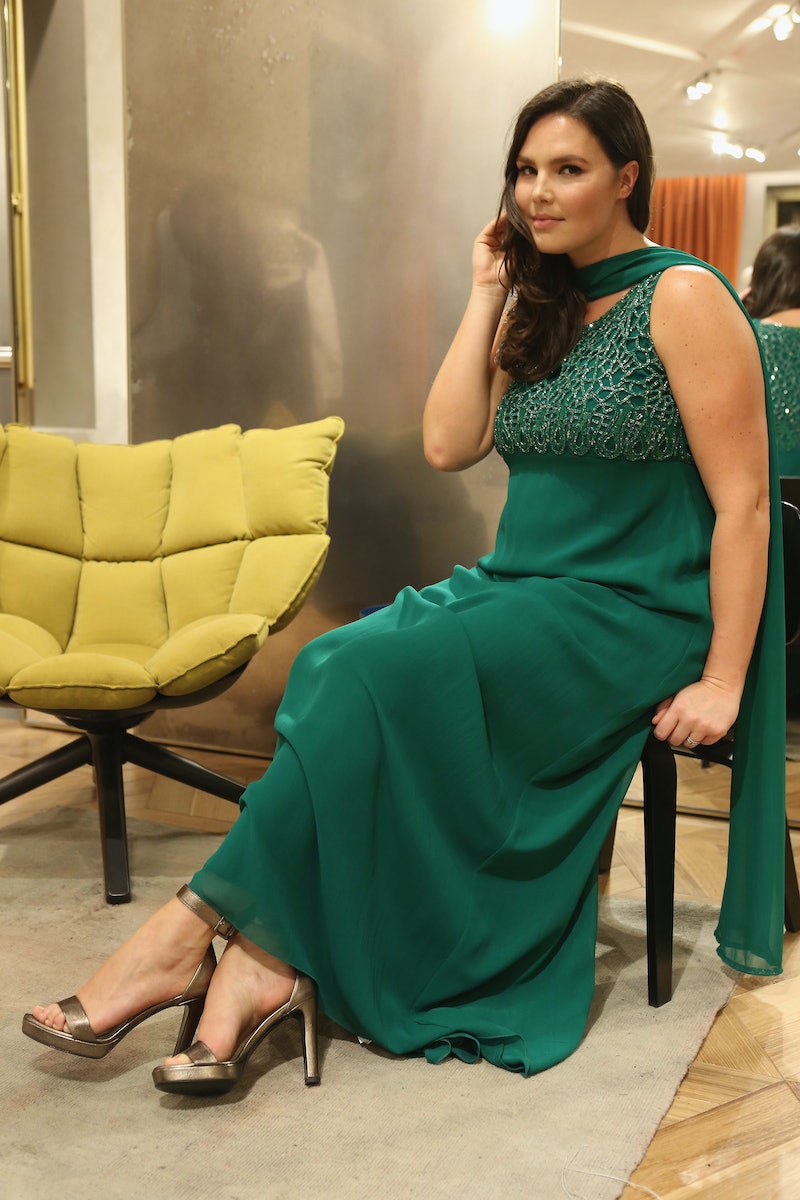 It's finally midsummer, which in addition to an abundance of barbecues, moonlit drinks in the great outdoors, and days spent lounging poolside, means calendars with pictures of nearly nude models lounging poolside — or just lounging nearly nude, in the case of the annual Pirelli Calendar. But for 2015, something is different. Refinery29 reports that Pirelli has included plus-size model Candice Huffine in its Steve Meisel-phototgraphed lineup, causing women everywhere to breathe a sigh of relief. Partial nudity in advertisements, on the big screen, and in print is an inescapable part of modern culture, but when the models and actresses pictured are an airbrushed, stereotypically gaunt, idealized version of the female form, the effect can be disheartening for those who don't fit the bill.

Enter Huffine, a model who is admittedly blessed in the looks department, but who possesses real curves and a shape that is representative of more women than her waif-like calendar predecessors. The calendar's images of Huffine are quite racy; in fact, clad in a revealing patent leather corset and a garter belt, the model's pictures may rank amongst the most risqué of 2015's fetish-themed selection. However, a calendar that celebrates a woman's natural form instead of criticizing it for not fitting a mold of perfection seems to be a healthy step in the right direction. Snap up a copy — or simply appreciate the fact that real women are now being represented in the media — when the calendar goes on sale for January 2015.

More like this
23 Times Meghan Markle Dressed Just Like Princess Diana
By Bustle UK
I Have Eyebrow Alopecia – & Microblading Gave Me My Confidence Back
By Jessica Morgan
Bustle Newsletter: June 30, 2022
By Stephanie Talmadge
Olivia Munn Got Real About How Her Body Hasn’t “Snapped Back” Post-Pregnancy
By Stephanie Topacio Long
Get Even More From Bustle — Sign Up For The Newsletter