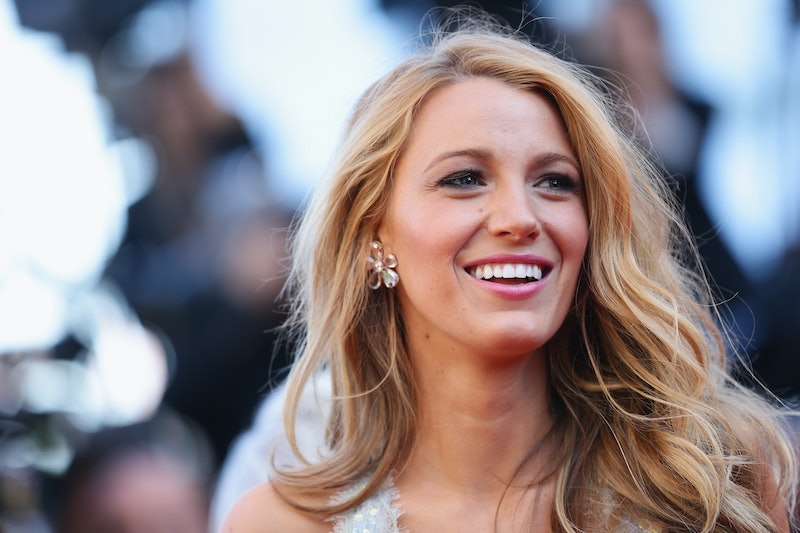 For years, the incredibly important question of "who's better, blondes or brunettes?" question has been asked. And I'm not forgetting about red heads, by the way; I actually think those lucky enough to be born with red hair make us all just a little jealous regardless (so maybe they're the true winners here). My point is that if we're being honest, the real battle here is between blondes and brunettes. As a life-long blonde, I am slightly biased when it comes to defending my hair color, but I think most would agree that blondes are usually subject to a set of wildly unfair stereotypes, one which usually names brunette as the superior hair color.

Given that there aren't as many tried and true natural blondes in the world (in comparison to brunettes), blondes are sometimes associated with a certain fake and superficial persona. Hence, the utterly ridiculous argument that blondes aren't as intelligent as our darker-haired counterparts. I should start by saying that I feel zero need to defend blondes against this particular argument, because I know that most intelligent women of any hair color would disregard this thought as ludicrous. Because it is.

So you might be wondering, "what about the 'blondes have more fun' stereotype?" Well, that's probably equally as ridiculous as saying blondes are less intelligent. I mean, just look at Sarah Palin. She's a brunette, for example. And she is both having fun in her life (this much is very clear), and having semi-successful political career. But false stereotypes aside — there are legitimate (ok, and somewhat silly) reasons why being blonde is the best.

1. We Can Pull Off Any Other Hair Color

For example: Did you know that famous red heads Christina Hendricks and Amy Adams are actually natural blondes? But they look amazing as red heads, which, as I mentioned earlier, is secretly every girl's goal, I think. Ok, maybe just mine but oh well.

2. We Can Make Fun Of Ourselves

One of the best parts of the (false) "dumb blonde" stereotype is proving people wrong about it, and still being able to poke fun at the fact that people may judge you initially based on something as silly as your hair color. Legally Blonde is really all I have to say here, guys. Legally Blonde. Thank you, Reese Witherspoon.

Surfer chicks are almost always blonde. Don't ask me why, but it just seems to be that way. So, hang out at the beach enough, grab a random surfboard, develop some natural highlights and soon enough — people might think you're that cool surfer girl. There's also the matter of the super toned body and athletic skills, but those are just details.

There is nothing more powerful. Nothing.

5. If You're A Natural Blonde, You Feel Entitled, Special, And Fabulous

I remember once having an argument in early high school with a good friend about hair color. Somehow the argument of her being a natural blonde or not came up and I, having never dyed my hair, felt very defensive of being a natural blonde. I was not fake! I was born this way! I was born fabulous! And no one could take that way from me! Girls claiming to be natural blondes who, in my mind, clearly were not, angered me. Don't taint our special group (actually only two percent of the world's population is naturally blonde)! My friend, obviously and fairly annoyed, said "Ugh, Olivia, you just want to be the only natural blonde in our group of friends." Was that true? Maybe. Just maybe.

Scarlett Johansson. That's all I have to say. And while she pulls off both brown and red hair very well (see number 1), she is known as one of the biggest sex symbols in Hollywood. And despite her changing hair color, she is still associated as being a sexy blonde. Need I say more? No.

Am I Scarlett Johansson? Also no. But we share the same hair color, so I'd say I'm almost there.

7. Being Blonde Is Somehow Innocent and Charming, While Being Unbelievably Sexy

Is it any wonder that both Taylor Swift and Charlize Theron share the same hair color? One is known for being innocent and fairly conservative, while the other intimidates me just by looking at photos of her. As long as we're not talking about bleach-blonde locks (don't get me started on that), blonde hair usually manages to look both classic and feminine, and incredibly sexy.

8. Guys, They Don't Know What They Want

The majority of guys I have dated have all said the same thing, "Even though I'm dating you, I would definitely say my type is brunettes." True story. However, they were all dating me. A blonde. What does this say? Yes, I am incredibly irresistible. But also — guys don't know what they want. Honestly, there isn't a huge point to this other than to say that even guys who say they prefer brunettes are usually lying. Or confused. Or haven't met me. Ok, I'm joking. Hope you guys got that.

No, I do not have a beard. Nor do I wish to have a beard. But say I wanted to have a beard at some point and was capable of producing one, well, I would be growing one faster than a brunette. And that's all that matters. Call me competitive.