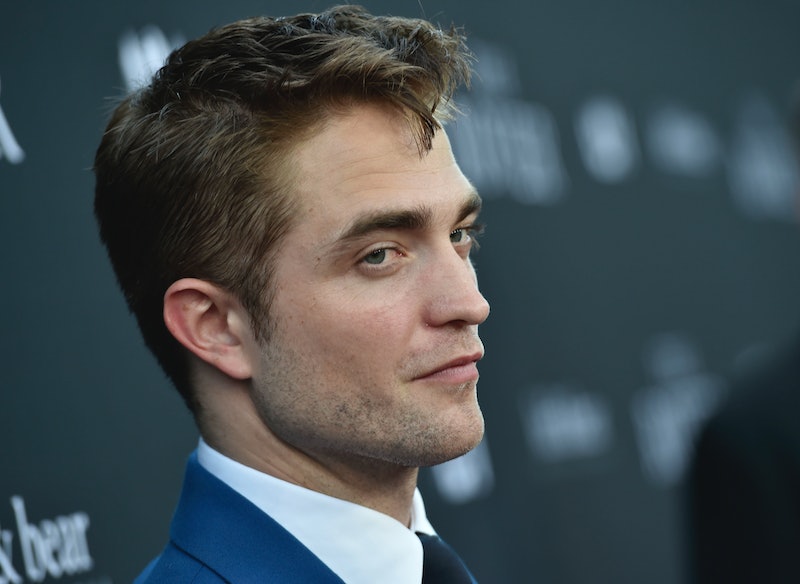 As with many actors in a multi movie franchise, it's nearly impossible for me to separate Robert Pattinson from his Twilight roots, no matter how fair or unfair that is. It doesn't mean that I don't think Pattinson isn't capable of doing other things-- he has and he will. It's just that I discovered him as Edward Cullen at a time and at an age (being seventeen) where he was, for all intents and purposes, the cat's freakin' pajamas. There was a Twilight fever that swept the country and RPattz was patient zero. And, to bring the hype to the greatest possible heights, the relationship between Pattinson and co-star Kristen Stewart was nearly as intense and dramatic as the one on screen.

So, when the shocking news came about in July of 2012, that Stewart had cheated on her longtime beau, people were...upset. Which, is a little bit silly considering that the majority of said people had never even met either Pattinson or Stewart, much less knew the state of their relationship and the events that led up to the incident. The couple was notoriously closed off and paparazzi shy, which actually may have worked to their detriment, because people wanted to know about it that much more. If it's even possible, their sheepishness may have made the infidelity story that much more polarized and front and center. The media finally had the dirt they had so sorely craved, and they weren't about to let that go.

Now, two years later, things have died down for the former couple but not completely. Especially due to the fact that Pattinson had gone AWOL for a bit. So, inevitably now that he's making his way back into the spotlight, the media is resurrecting that elephant-sized skeleton in his closet. Thankfully, being two years removed from the emotional and embarrassing experience, enabled Pattinson to have perspective and patience to delve into the situation more than he ever has.

He explained the situation in a completely nonchalant manner to Esquire U.K., saying,

"S--t happens, you know? It's just young people...it's normal! And honestly, who gives a s--t? The hardest part was talking about it afterwards. Because when you talk about other people, it affects them in ways you can't predict. It's like that scene in Doubt, where he's talking about how to take back gossip? They throw all those feathers from a pillow into the sky and you've got to go and collect all the feathers."

But, just because Pattinson got candid about the darker moments of his life in a fishbowl doesn't mean it's always gone so well. Here are all those awkward times that interviewers had the audacity to question Pattinson on his all too public heartbreak:

WHEN JON STEWART GAVE HIM SOME BEN & JERRY'S TO CRY OVER

Well, at least he was trying to lighten the mood.

WHEN PATTINSON SLYLY SKATED THROUGH A POTENTIALLY INTRUSIVE QUESTION

The Hollywood Reporter, on the KStew scandal:

"He won't talk about any of that. But are they still in contact? 'Oh, yeah,' he says blithely.