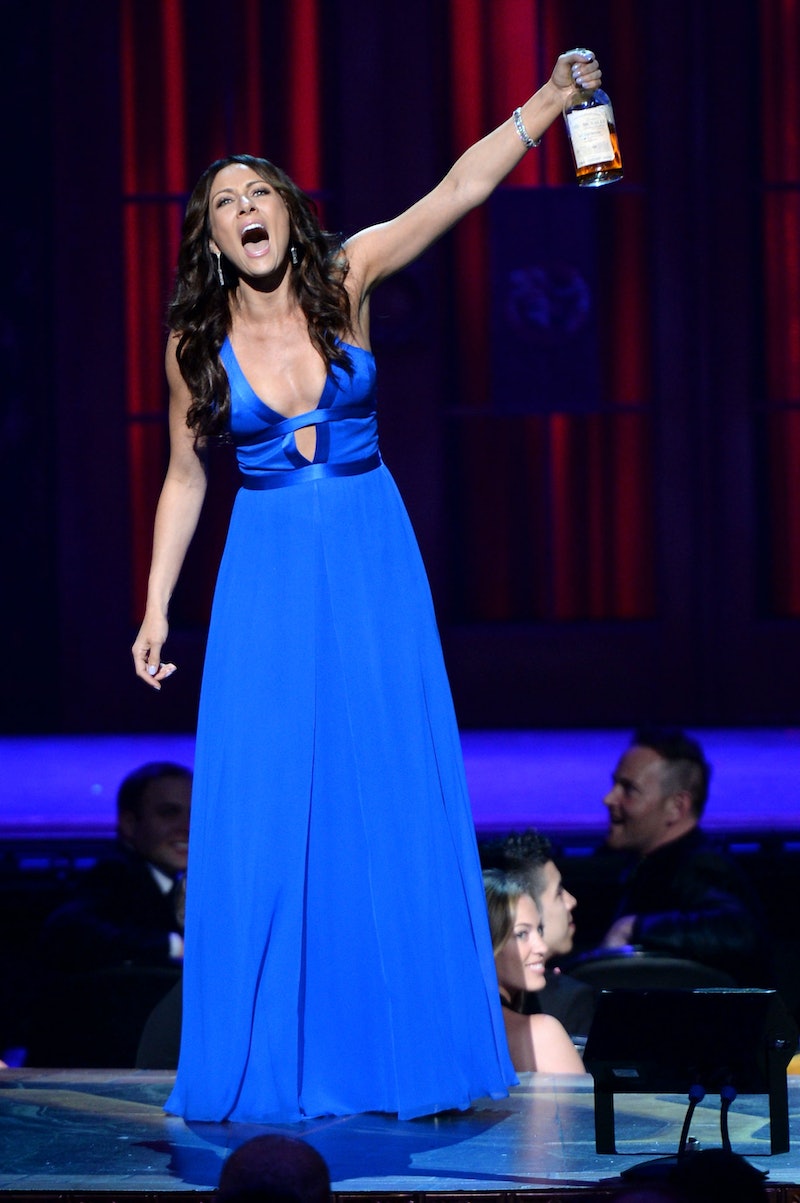 I've been on the fence about whether or not I'd be tuning into Nashville's third season — the rumors that Hayden Pennetiere's pregnancy will result in her character Juliette Barnes finding herself knocked up as well aren't promising, and neither was that fiery car wreck that was the last third of last season in general. Did you have to go and blow up every interesting thing you'd built up about Scarlett's character, show? Did you really?

But this most recent news means my bitterness towards Nashville might have to be put on a sideburner. Because...Laura Benanti, you guys. Have you heard of her? She was in Go On and Eli Stone, and Nurse Jackie and Royal Pains. She was also Elsa Schrader in NBC's Sound Of Music. Mostly, though, Benanti's a big Broadway star, who's been nominated four times and won in 2008 for her role in Gypsy.

She's great, basically. According to Deadline she's booked for a multi-episode arc and will be playing a character named Sadie Stone, "an up-and-coming country star who befriends Rayna." TVLine theorizes that friendship will turn into some sort of rivalry, but for once I don't even really care if the show dives back into its weird soap-lite, repetitive tropes? I just wanna hear Laura Benanti's vibrato as interpreted through some of Nashville's great country music.

Plus, this will mean more time on TV for Benanti, and the 2013 Tonys reminded everyone how much she values her time on the small screen:

Here she is singing "If Mama Were Married" in Gypsy:

And here she is hanging with fellow delightful human Susan Blackwell: