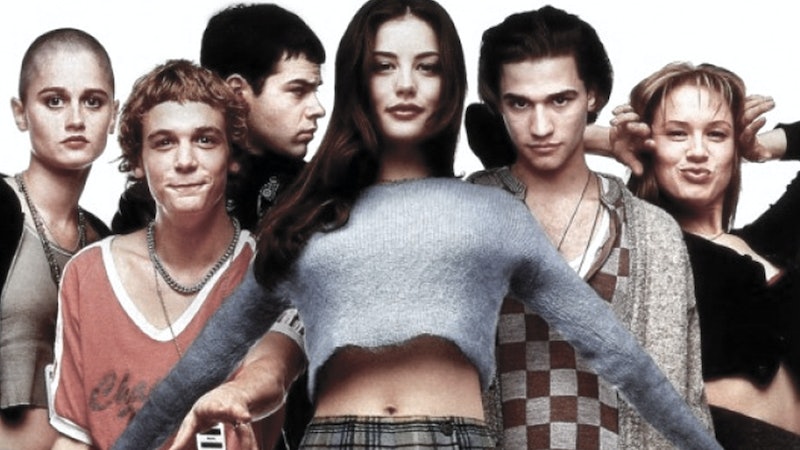 Empire Records has always been the unspoken hero of '90s cult movies. We wanted to date AJ, be best friends with Marc, and definitely, definitely chill with Deb. So even though the cast's reunion — tweeted by Ethan Embry himself — was perhaps a bit empty without Renee Zellweger, Robin Tunney, Rory Cochrane, Debi Mazar, Liv Tyler, and Anthony Lapaglia, it still warms our hearts because once you've seen Empire Records, all you really want to do is live that movie. Also, is this picture — featuring Johnny Whitworth (A.J.), Brendan Sexton III (Warren), James Willis (Eddie) and Coyote Shivers (Berko) — the sign of AN EMPIRE RECORDS REMAKE? Or better yet, a sequel?

Because I'd pay full price to see that, and this is coming from the type of girl who is classy enough to buy her discounted AMC passes at Costco. (Oh yeah, I really know how to treat a guy.) The ending of Empire Records was, of course, awesome, but what would be even more awesome is if it never ended at all. Besides, aren't you curious to see where they all ended up? Did Joe and Jane end up together? Did Cory lead a life of success or did she turn out to be an Adderall-addled burn out? Did Berko's music career ever take off? Did Gina turn out to be her mother? And, of course, did Marc ever start his band, Mark?

Such burning questions signal the obvious need for either a Comic-Con panel featuring these champions or, better yet, a sequel. Look at them, they look so happy! Clearly either of the aforementioned options is highly necessary.

Maybe we'll never know. I mean, I don't think they have to explain their art to us. And definitely not to Warren. But maybe, just maybe, there's a glimmer of hope that we'll get to see more Empire Records in the future.