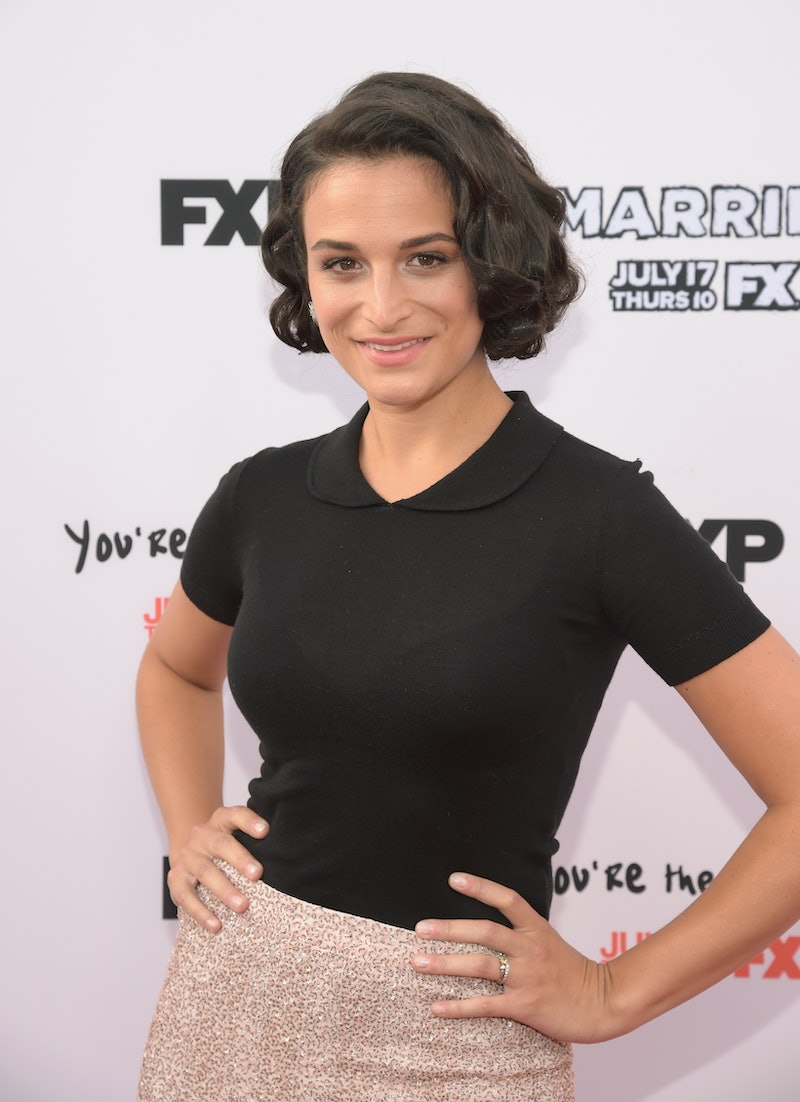 Looking for a little more of Jenny Slate in your life after seeing her gripping flick, Obvious Child? Well, you're in luck, folks, because the multi talented Slate is about to guest star in one of your favorite shows. Namely, the much talked about and lauded, Brooklyn Nine-Nine. According to Entertainment Weekly , the season old comedy is set to welcome Slate to its season premiere episode as a, "street-smart mob mistress named Bianca." While I don't exactly think of "mob mistress" when it comes to Slate, I'm sure she'll slay the role.

After all, Slate is a funny woman first and foremost, so this comedy show shouldn't be anything other than the standard protocol for her. Also, as Brooklyn Nine-Nine enters its second, much awaited season, it's encouraging to see that they can welcome different talents, like Slate, to give it that extra edge. Though, arguably, they don't need that much of an edge if you look at their shiny Golden Globes, one for Best Show - Television Series Musical or Comedy and the other to Andy Samberg for Best Actor - Television Series Musical or Comedy.

I, for one, can't wait to see what Slate will do with this brief yet amusing appearance.