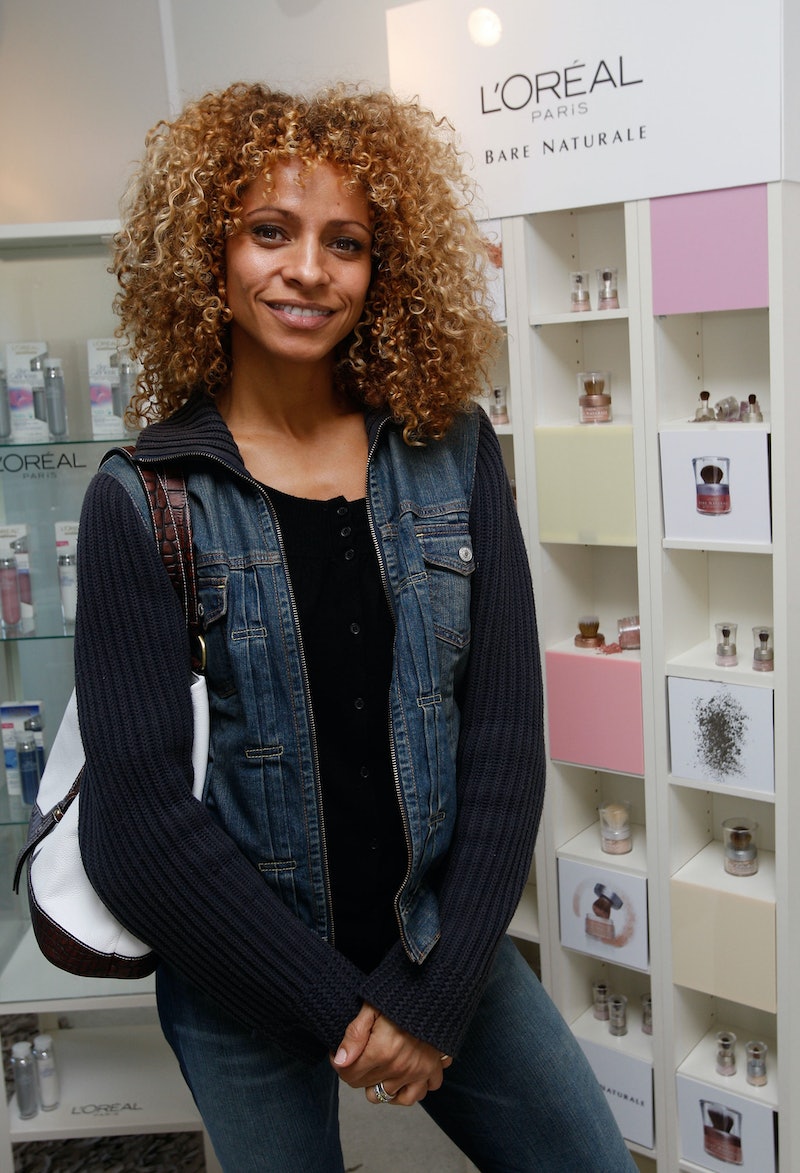 Even if you don't recognize the name, you know Michelle Hurd. She's the owner of the head or curly hair that every other head of curly hair wishes it was, and the beautiful woman you recognize from everything, you just can't quite put your finger on what that "everything" is. She's a stage performer and veteran guest star of the silver screen, taking turns on shows like Bones, and ironically, Charmed. But it's her extended stints on more scandalous dramas that you'll probably most remember her from. How perfectly fitting, as now Michelle is heading to Witches of East End to tell those Beauchamp sisters, young and old, "HEY! Y'all need to get it together, everybody is acting crazy."

Perhaps if anyone can talk some sense into Freya, it's former detective Monique Jeffries of Law & Order: Special Victims Unit, who went through some hardships of her own. Or maybe just anyone who's had to tolerate Blair Waldorf. Witches of East End returns on Aug. 10, and we thought we'd help remind you where you've seen its new guest star before.

After training at the Alvin Ailey School and National Theatre of London, Michelle made her debut on Broadway and mostly stuck to the stage... until Dick Wolf came calling. Certainly Hurd's most nostalgia-inducing recurring TV character is Detective Monique Jeffries, of NBC's Special Victims Unit. Hurd was in the original cast, but only stuck around for one full season, after her character experienced a pretty traumatizing arc. After surviving a near-death experience, Jeffries started living a little recklessly and the SVU took notice, parking her at desk duty. Jeffries (dramatically) resigned, and so, we were no longer treated to those fresh early-2000s curls.

It should be noted that Hurd's departure made room for Ice-T to be brought on board as Detective Munch's new partner. I present that fact to you without comment

Hurd mixed it up a bit when she touched down at her next turn of the millennium occupational drama. On ER, she played a television producer who was the girlfriend of Dr. Kerry Weaver and inspired her permanent move from County General to a life in...TV?

OK, perhaps not her most challenging role, but I just love that she went from take-no-shit detective, to inspiring TV producer, to fashionista that runs with teens. But everyone needs to have a little fun every once in a while, and in 2008, everyone needed a gig on Gossip Girl. Hurd told the Shakespeare Theatre Company: "I most recently played Laurel in Gossip Girl. It was fun for me as I often play cops and lawyers and doctors and this time I had the opportunity to play a mean fashionista...and wear cute outfits and heels." Get it, girl.

(Note: Hurd was in what is still one of the best named episodes in television history: "Blair Waldorf Must Pie!")

Most recently, Hurd returned to her fake detective roots, playing Colleen Manus, the Regional Director of the Florida Department of Law Enforcement. Now, that's a lady in charge! Since she was the one who hired him, Colleen is the one who keeps renegade Chicago detective, Jim Longworth in line. As is the tendency of Hurd's characters, Colleen is a smart, no nonsense, hard working professional, which make me thinks she suffers no fools in real life too. Well, except maybe...

That's right, in real life, Hurd is married to funny guy star of Raising Hope, and dabbler in Academy Award winning films like No Country for Old Men and 12 Years a Slave.

The two keep their married life fairly private, only popping up on each other's social media accounts for big celebrations. All I know is, at 47 and 49, respectively, Hurd and Dillahunt have some of the best genes in the biz.