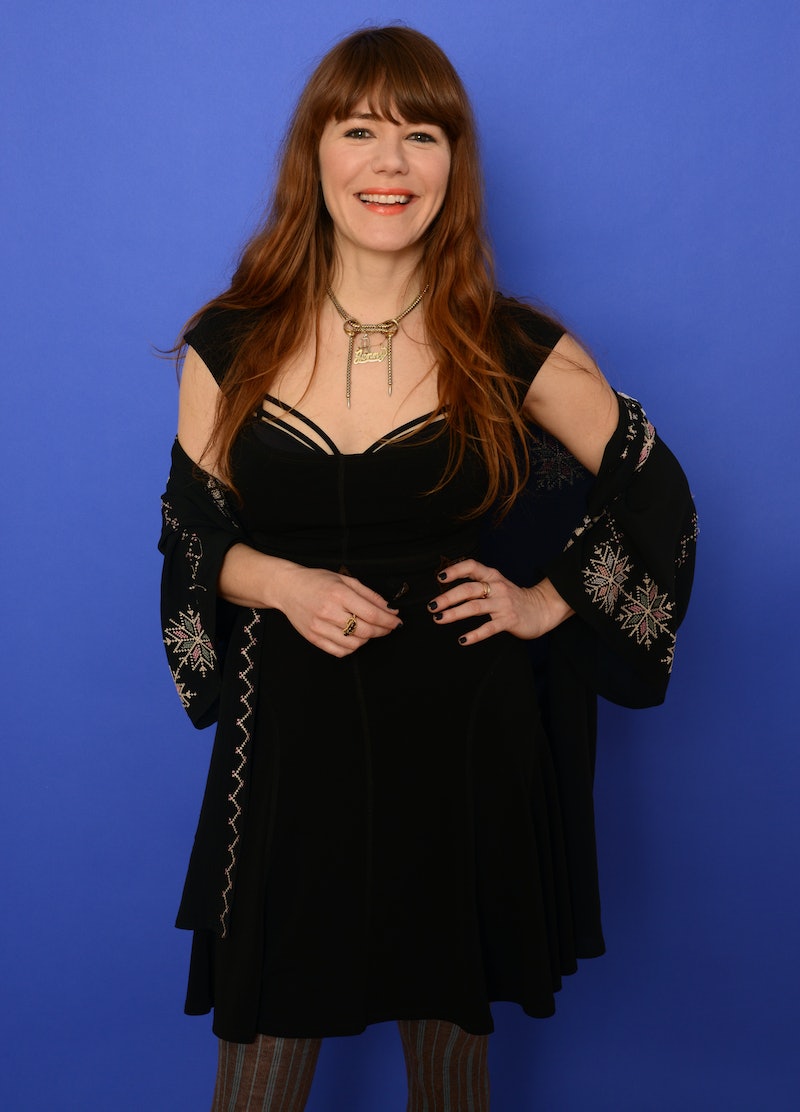 Never thought you'd buy a $30 bottle of wine? Well, you might be proven wrong yet. Teaming up with Domaine LA, Jenny Lewis released The Voyager wine, described by PUNCH as a "blend of Carignan, and Petit Sirah from Solano County, CA....produced by Chris Brockway, who is known for minimal intervention approach to winemaking." So why pay $30 for it? It comes with a download of Lewis' new album, The Voyager. The wine will be available at Domaine LA online stores and at two of Lewis' favorite restaurants in LA.

Sounds like a great idea — after all, the only thing better than listening to music is listening to music after getting drunk off a bottle of wine. It's a smart business idea, but the former Rilo Kiley frontwoman isn't the only musician to release both an album and a wine — she's just the first one to do both at the same time. So forget food and wine pairings (actually, don't forget them, they're delicious), why don't you try some food and music pairings? You might like the music better than the wine or the wine better than the music, but either way, you're guaranteed something to satisfy your palate.

The Album: Crash, Dave Matthews Band's second album. Listen to it while you toss around your hacky sack, bro.

The Wine: Dreaming Tree Cabernet Sauvignon (Spoiler alert: I have had this wine, it's not bad. Another spoiler alert: I know next to nothing about wine.)

The Wine: Message in a Bottle, a red wine from Sting's vineyard, Tenuta il Palagio.

The Album: Back in Black, of course.

The Wine: Hell's Bells, both the song from the album and a Cabernet Sauvignon from none other but AC/DC wines.

The Wine: The Cabernet Franc from Ciccone Vineyards, the vineyard Madonna owns with her father (Ciccone is their last name).

The Album: In A Major Way

The Wine: The "Mangoscato" from E-40's Earl Steven's Selections. There is no way something called "Mangoscato" is good wine, so just go ahead and party like you're 16 and your older brother picked it up for you from the gas station.

More like this
At 28, Prue Leith Was In A Secret Affair & Sharing Apple Pie With Stoned Neighbors
By Grace Wehniainen
This James Bond Event At Abbey Road Studios Was A 007 Fan's Dream
By Samantha Rollins
Christine McVie Dies At 79 & Fleetwood Mac Reacts With A Touching Tribute
By Radhika Menon
Billie Eilish Has An Exciting Relationship Update About Her Boyfriend
By Grace Wehniainen
Get Even More From Bustle — Sign Up For The Newsletter