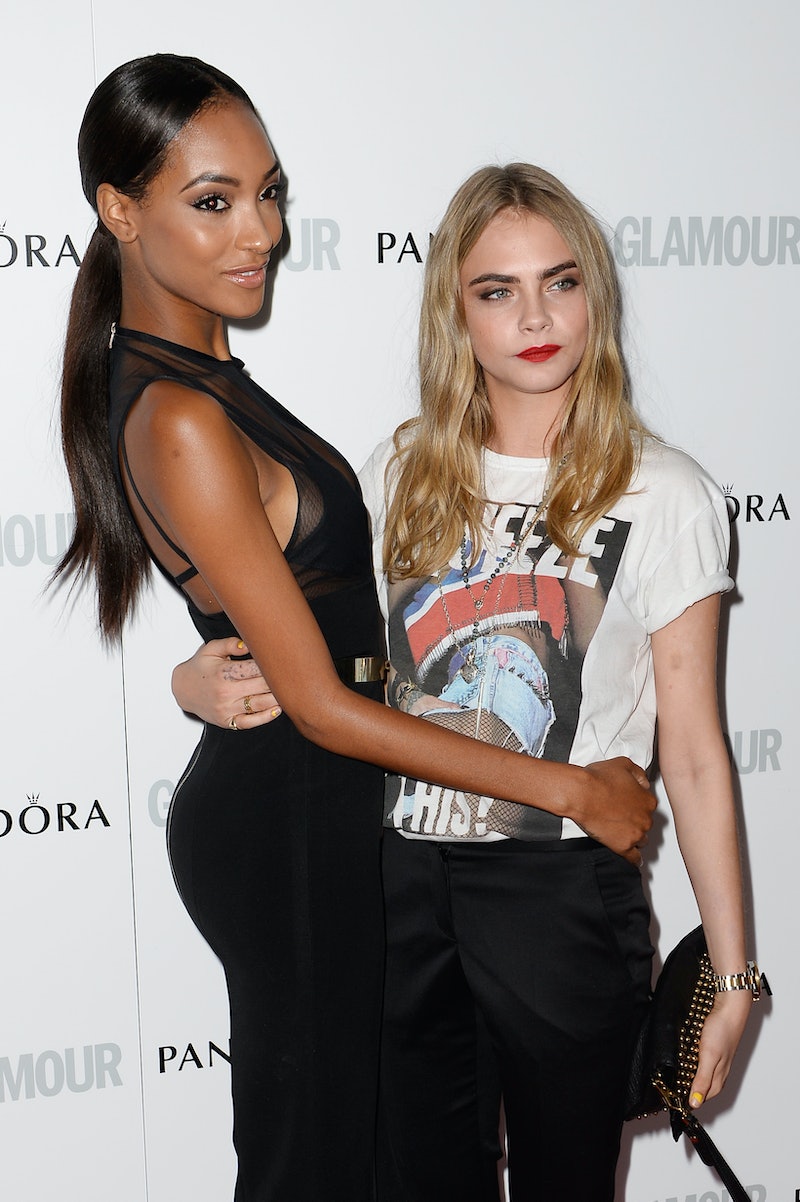 In the world of celebrity fashion, there are a lot of best friendships. But how can you tell which ones are for real? By the ones who aren't afraid to proclaim it ink (and record it on film, too). On the most recent episode of Jourdan Dunn's cooking series "Well Dunn," Cara Delevingne and Jourdan Dunn decided to get matching tattoos to prove that their love for one another is 100% genuine.

And it wasn't just any random tattoo, of course. During the episode, the model besties discuss an old inside joke they had over lunch at a Thai restaurant. Here's the backstory, according to Delevingne (talking to Dunn): "[It was] when I asked you to marry me, and then, I mean, I think it was a pity yes, but whatever, you still said yes. And then we were like, 'Well, then we would have to double bound our names ... Dunn Delevingne, Delevingne Dunn ... hold on! You've got double Ds, that's double ds and I wish I had double Ds, so it just went nicely."

After the darling duo decide they were going to get matching tats, the next challenge was to find an artist to design a symbol for them. They settled on celebrity inkmaster Bang Bang, who has worked on everyone from Rihanna to Selena Gomez. After looking over Bang Bang's designs of double D logos, the two decided on their favorite and then discussed where they were going to put it. They mused over getting it on their hands and even their breasts, but elected to have it right above their bums on their lower backs.

Although Dunn and Delevingne are no stranger to tattoos, they still looked like they were in a bit of pain. Dunn tried to laugh it off, closing her eyes and singing "Kumbaya," while Delevingne gnawed on her finger and broke into Aladdin and 90s hip-hop songs. At the end, Dunn and Delevingne were more than happy with their new inked symbol of best friendship. And after watching the entertaining video, it's crystal clear that their relationship is definitely the real deal.

Check out the full episode below.