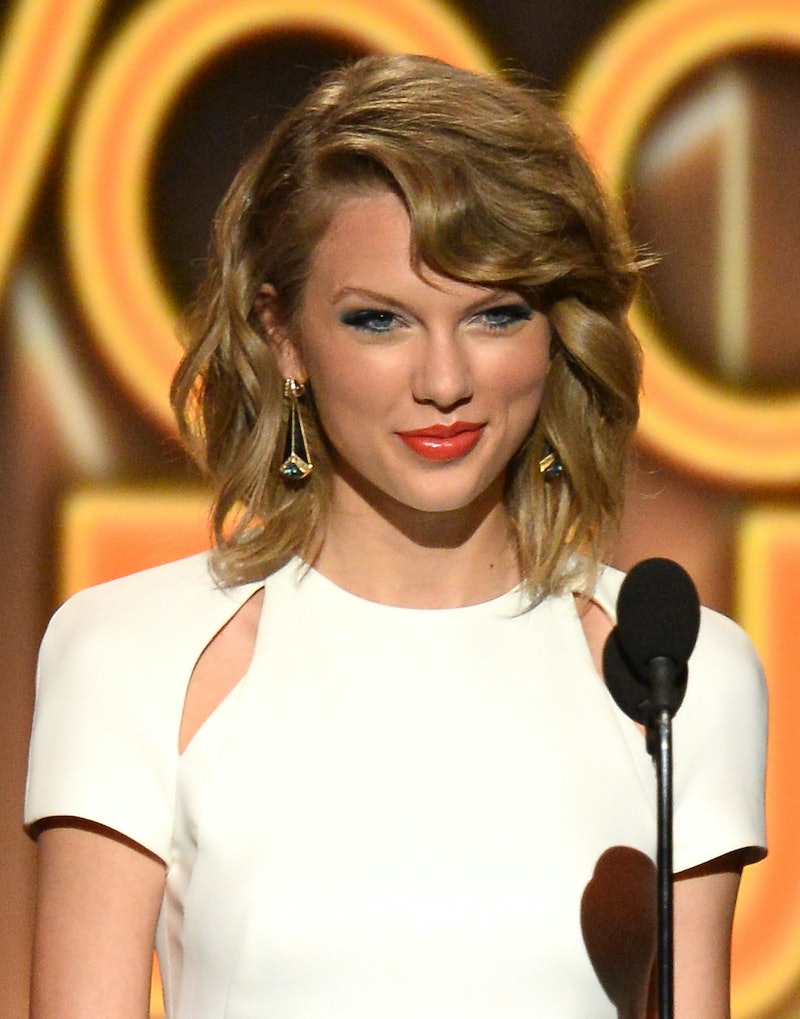 The verdict is in. The best celebrity dancer is definitely Taylor Swift. You see, Taylor Swift is a notorious audience-dancer. That is, when Taylor Swift is listening to music (or playing it), she has absolutely no qualms about busting an awkward move and looking like she's having ten times more fun than you doing it. For example, Swift danced quite a bit at the 2014 Grammys to the hilarious delight of the cameras that picked up her flailing and she's been seen dancing everywhere from a backstage party with some friends to in the audience of an Ed Sheeran concert. The latest Taylor Swift dance video occurred at an Ingrid Michaelson concert and featured her model BFF Karlie Kloss, although Kloss was easy to ignore with all of your focus being on Swift's super smooth moves.

Say what you want about what Taylor Swift calls dancing, but there's no doubt that it's a total crowd pleaser. Dancing in public is just another one of those things that makes Taylor Swift one of the most endearing old souls in the world right now, in addition to her fabulous style and ability to needlepoint rap lyrics as a gift to her friends.

If you, too, want to be the life of every party, it's about time that you learn how to dance like Swift, don't you think? You know you want to.

Step One: Sing along.

To get yourself in the mind set of dancing up a storm, it's important to let the music in and block everybody else out. If you know all the words, sing along. That's the first step to absorbing the music and letting it flow through your body.

This has the potential be the most discreet of your dance moves, depending on how much wiggling you do. Who can help rocking back and forth to a great song with a good beat? Of course, the music will take you eventually, but this is a good place to start.

Step Three: Use your arms.

When the song really sinks in, lift your arms and start flailing them around to the music. You can throw them over your head and sway, you can wave them up and down to the song, your options for arm dancing are basically endless. Taylor Swift rarely does the same arm flailing twice.

Step Four: Turn it around.

Forget the other people in the room. You've got the music in you. Twirl around so that your hair and your dress fly around your head and legs like a halo of awesomeness. That's why you wore a flowy dress to this party to begin with, got it?

Step Five: Whip your hair back and forth.

Once you've completed your twirl, start banging your head like you intend to use your hair as a lethal weapon. If necessary, begin to mentally play Willow Smith's "Whip My Hair". This move works best if you have long hair, but, to be honest, head banging is universal.

Now it's time to incorporate your hips into this dance. Before, you were trying to dance without bothering anyone or looking too silly, but now it's time to stop caring. You're at a party. You're having fun. Silliness is party of that fun. Work those hips like you're in a Beyoncé video, girl.

Step Seven: Do something fancy.

As you bring your routine to a close, drop to the floor and snap your hair back. Or do a ballerina leap through the air. Or slide across the floor on your knees and throw your arms in the air. You need a big finish to your Taylor Swift routine, something that sends it over the top so that you're too busy laughing at how much fun you're having to be embarrassed.

Now you strike your pose. You just completed the most adorkable routine of all the adorkable routines and you're damn proud of yourself for what you've accomplished at this party tonight. Glance at a cute boy, or a group of your friends, and wink at them with a big smile on your face.

You have officially learned how to dance like Taylor Swift. It would be awesome if this was the point at which one of Swift's ten thousand celebrity friends ran in to dance with you, but, sadly, we can only help you dance like Swift. We can't help you be her. Good luck!