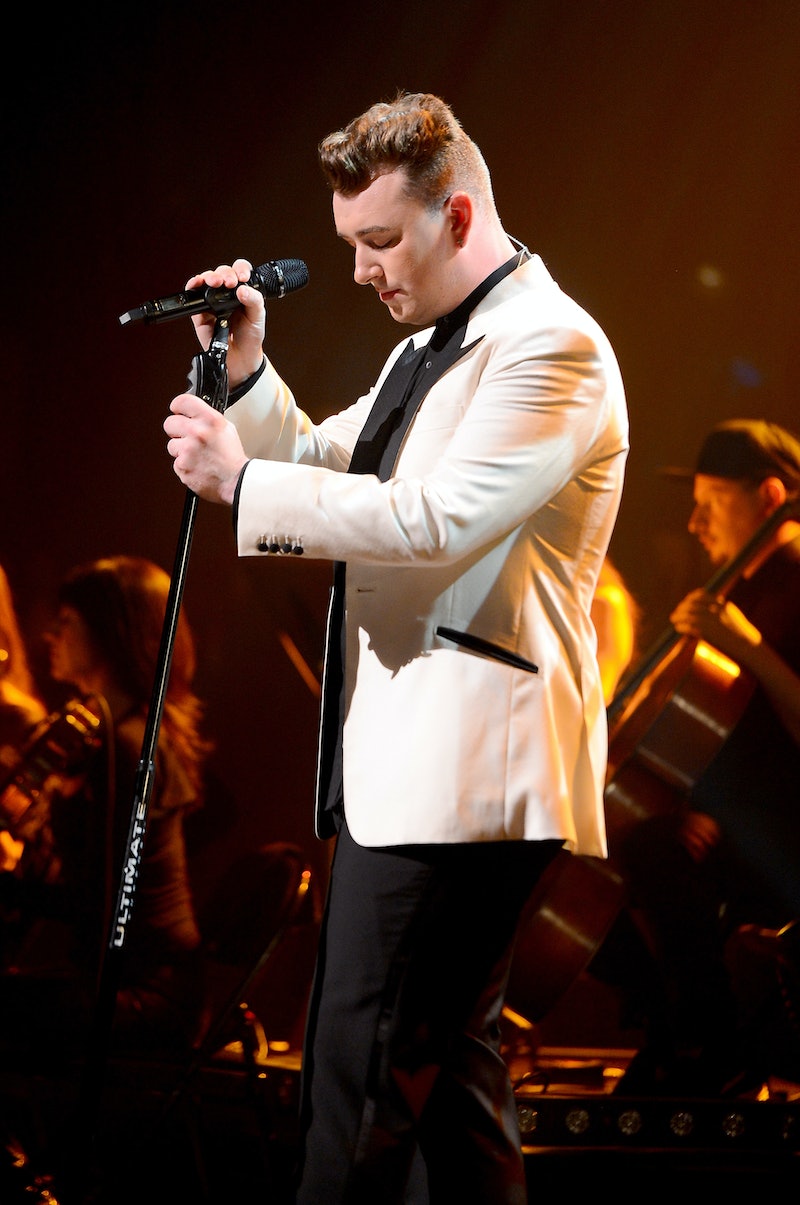 Feeling in the mood for a good cry? Then watch Sam Smith's new video for "I'm Not The Only One." Actually, you should probably watch it anyway since it's a really good video and a damn good song, but prepare ye for a waterfall to spring from your eyes. Oh, classic Smith — making you feel all of the feels.

The video stars Dianna Agron, or Quinn from Glee, as a victim of infidelity who is completely distraught. The culprit who's sabotaging the relationship is also another familiar face: It's Chris Messina of The Mindy Project, but he's a despicable guy here. Agron, a sad, lonely, Stepford Wife type character, bawls her eyes out with the knowledge that Messina's character is cheating on her, and then takes to smoking, drinking excessively, and burning his clothes. Shots of Messina's character caught in the act with another woman only adds to the sting. By the end of the video, Messina's character has come home, and you know that even though they appear to have reconciled, Agron's character will be in tears once again in the very near future.

I'm talking about this music video like it's a Netflix television show that I'm prepping myself to binge watch, but that's because the combination of the awesome visual storytelling and Smith's music really has an emotional pull, especially since it deals with such a familiar trope. It's the perfect song to accompany any pain you've ever felt.

But if you're not in the mood to cry, well, uh, you can always watch Vin Diesel's cover of Smith's "Stay With Me."

You can check out the video for "I'm Not The Only One" below.