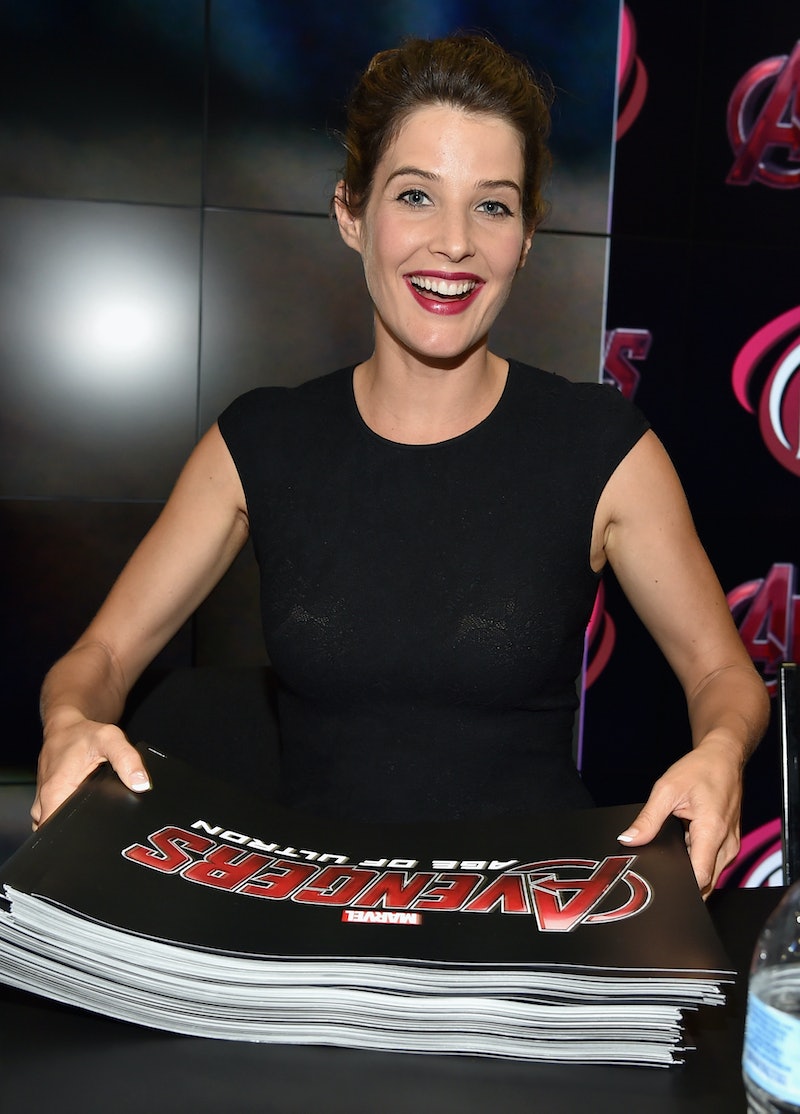 When How I Met Your Mother released that unsatisfying, controversial series finale last March, a lot of people compared it to Lost: great show, decent final season, an ending that cleared up a few questions but left fans wanting a big explanation. As it turns out, the two shows have even more in common than anyone had thought; while appearing at Comic-Con, HIMYM star Cobie Smulders revealed that she almost starred on Lost as Kate, but lost (hah) her audition to the eventual choice for the role, Evangeline Lilly.

"[Evangeline and I] were both testing for Lost," Smulders told E! "She owes a lot to me because I went in and I bombed the audition. [laughs] And she was like, ‘Thank you!'"

The duo met while on the plane ride — yes— to their Lost audition, and clearly, the casting was for the best. Both actresses went on to star in hit, beloved TV shows that lasted several years, Lilly in Lost and Smulders in HIMYM. Still, it's hard not to imagine what the ABC drama could've been like if Smulders had gotten the part; would she have been a convincing "Freckles?" Would "Freckles" have even been a thing?! It's worth wondering — what would Lost have been like if Smulders, and the rest of the How I Met Your Mother cast, had ended up joining the show?

The soulful musician of Lost would clearly have been played by Neil Patrick Harris. He'd have been adept at mastering the Australian accent, and, as a real life father, would be great at caring for Claire's baby son. Sure, he's a bit cleaner than Dominic Monaghan's character, but with a little bit of scruff and makeup, he could make a fantastic Charlie.

This role, of course, goes to Alyson Hannigan. With a little hair dye, Hannigan could be the perfect Claire, a sweet, well-liked, mom, and, as Buffy's "Dark Willow" era showed, she's also capable of playing up the character's less stellar qualities, too.

Hear me out. No, Segel doesn't bear much physical resemblance to Jorge Garcia, but he is a big guy. And, more importantly, he's great at playing both the sweet comic relief and the awkward, sad loner (Dracula song, anyone?)

This is a tough one. Josh Radnor is good-natured and everyman-ish enough to play the island's leader, but that scruff makes me wonder what he'd be like as a long-haired philosopher, too. So many possibilities!

As The Mother, Milioti came in, meant well, and totally messed things up for everyone else. Sure, it wasn't her fault, and she was a likable enough character, but did she have to screw up a lot of perfectly good relationships along the way? Such a Juliet.

David Henrie and Lyndsy Fonseca played siblings pretty convincingly on HIMYM, so it only makes sense that they'd have done the same on Lost. They'd be secondary, relatively unimportant characters in the ensemble, but that's nothing they're not used to. As for the somewhat incestual part of their relationship? That'd be brand-new territory, but after listening to their dad's story for 10 years, they could probably handle just about anything the writers gave their way.