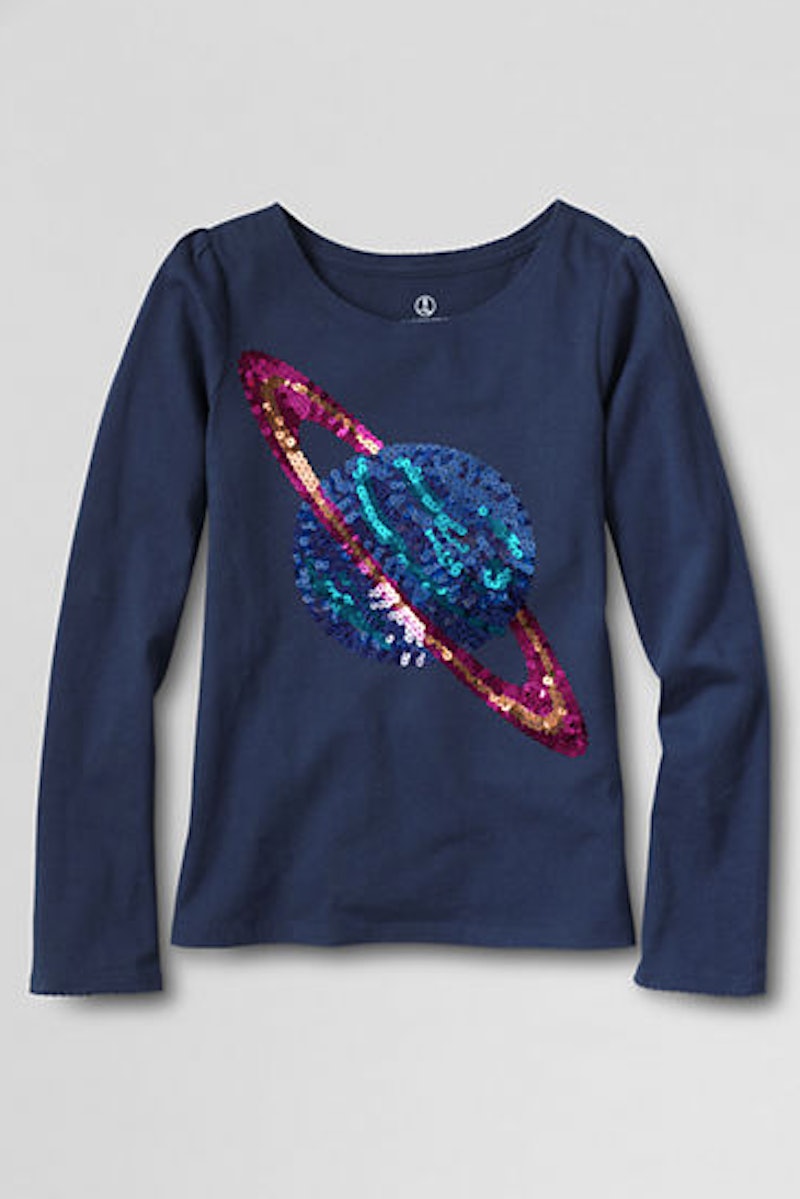 Recently there has been a larger acknowledgement of equality and representation of different hobbies for little girls. Commercials such as the "Inspire Her Mind" campaign from Verizon Wireless have encouraged us to compliment our daughters, little sisters, cousins, nieces and nephews on more than just their looks. Now Lands' End, a clothing retailer that's recently made a comeback that includes more fashion-forward pieces, is addressing the concerns of one mother who wanted science-themed clothing for her young daughter.

Lisa Ryder, mother to a 9-year-old girl from New Jersey, posted a letter to Lands' End on the company's Facebook page after seeing only frilly and feminine clothes that included sparkles, but no science, when she looked in the little girl's section. Ryder wrote that her daughter got excited after seeing the science-themed T-shirts in the little boys' section of the latest Lands' End catalog, but that she was heartbroken to see none of those in the girls' section. Her daughter is interested in oceans and space and dreams of being an astronaut. The fact that Ryder's daughter's interests aren't encouraged for people like her (girls) indirectly communicates to her that something is wrong with her, or simply that science isn't for girls, it's for boys. And that's an idea that is long past its expiration date.

Some people are criticizing Lands' End because the company has received negative criticism for gender stereotyping clothing in the past and has just now made changes, but honestly I don't think it's worth the complaint. Yes, they could have made changes sooner, but they've done it now. The changes are huge, and mean so much for little girls who never felt represented before.