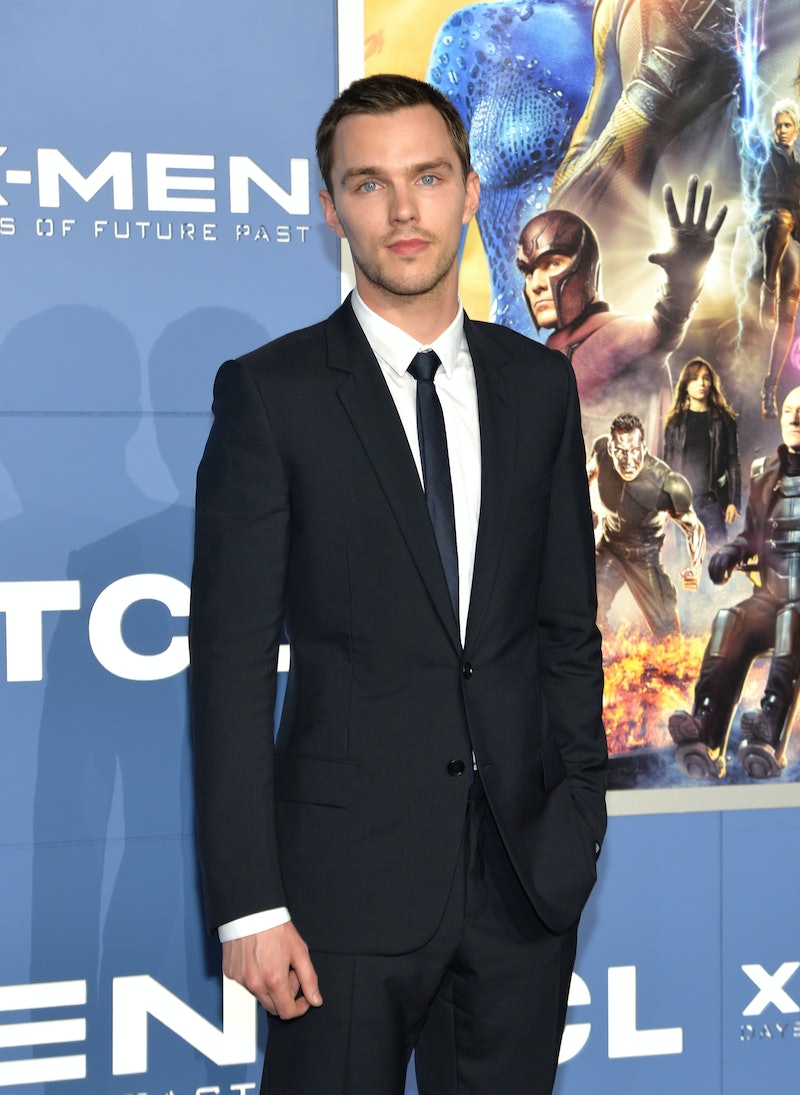 If you’re wondering why the single men in your life have suddenly started showing a marked interest in their own personal hygiene and are suddenly hitting the gym with a vigor you previously thought impossible, it’s probably because, reportedly, Jennifer Lawrence and Nicholas Hoult have broken up, and J. Law is back on the market. And maybe your single (or taken — no judgement here) lady friends are doing that same — Hoult’s no slouch himself. Luckily, the two parted amicably, and according to sources, chalk the split up to spending too much time apart for work. Now, Lawrence might be the Oscar winner in this relationship, but Hoult definitely deserves an award for chilliest break up here. It’s not every man who can take being dumped by Jennifer Lawrence in stride, you know.

Come to think of it, the awards deficit between Lawrence and Hoult is downright unacceptable. To even the playing field a little bit, I’ve come up with some prizes just for him.

BEST USE OF HALF-RIMMED GLASSES

Hellooooooo, doctor! Sure, no one would want to get on the Beast’s bad side, but I’m sure there would be a line out the door to snuggle up with Hoult’s Hank McCoy. Wisely, the filmmakers chose to impede as little of his face as possible with half-rimmed glasses.

BEST ARGUMENT FOR FALLING IN LOVE WITH A ZOMBIE

I’ll admit Warm Bodies was a tough sell for me. At first I was kind of like:

So it’s a romance… about zombies?

But by the time we got to the end, I was all like:

Ahh, Tony, you clever bastard. Long before X-Men and Warm Bodies, Hoult stole our hearts as Tony Stonem, Skins' resident rapscallion. I won’t blame you if your first reaction to his “Bang!” was “Yes, please.”

But Skins didn’t just give us Tony, it gave us Tony and Sid, one of TV’s best bromances. Hoult's performance kept us rooting for the two for the first two seasons of the show. Hanky warning though — their heart-felt goodbye at the end of Season 2 is a tearjerker.

So chin up, Nick! No breakup is easy — and breaking up with Jennifer Lawrence must be pretty sucky no matter the circumstance — but I have a feeling you’ll be just fine.