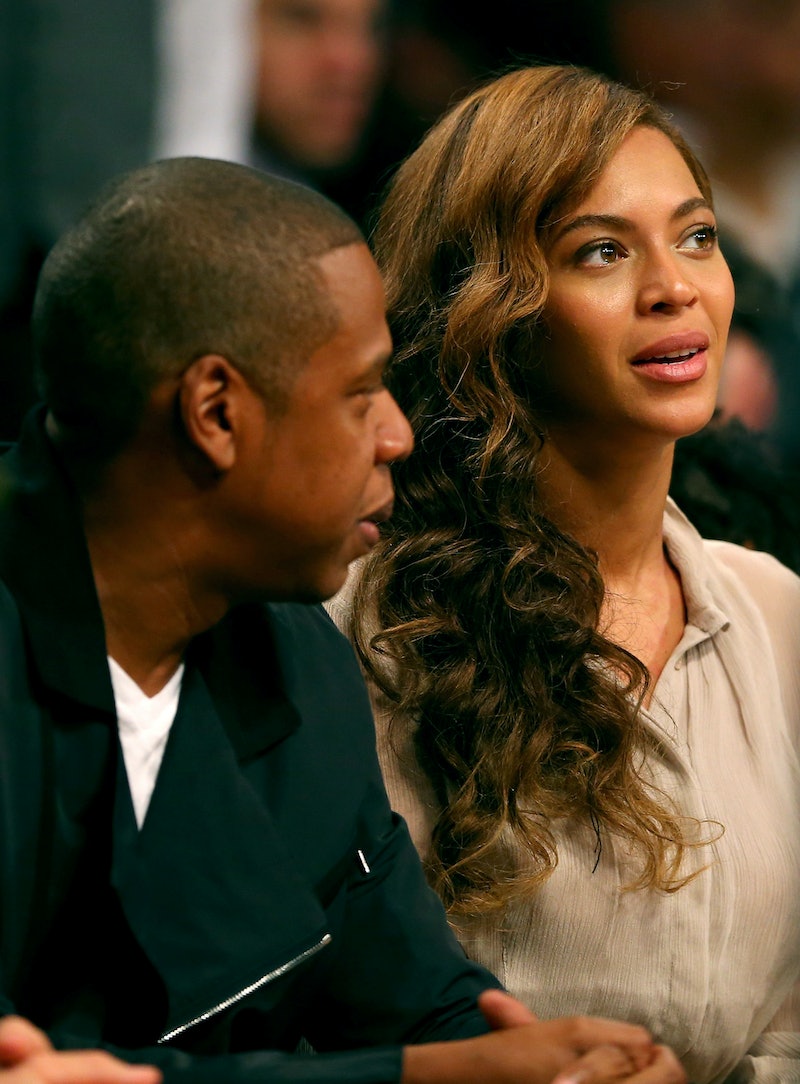 Beyoncé and Jay Z sure are doing there darndest to appear crazy in love amidst rumors that they're en route to Splittsville. The fact is, until a joint statement is released asking us to "please respect their privacy at this time," we have to go on assuming the biggest couple in music is still solid as a rock. (Specifically, the $5 million rock on her finger.) But if these two do end up breaking up, and breaking the hearts of millions, they're going to have some decisions to make about their names. For any celebrity with a recognizable name, taking your spouse's last one is a pretty serious token of love and commitment. Beyoncé took the hyphenated plunge, officially answering to Beyoncé Knowles-Carter, but there's been some confusion as to whether Jay Z took Beyoncé's last name in return.

As with their current relationship status, there is no official ruling. Looking back through the annals of the Internet, there's plenty of talk that Jay Z changed his legal name to Shawn Knowles-Carter. Back in 2009, The Daily Star posted a quote from the ever mysterious source, "source":

They want to keep Knowles because Beyoncé's parents didn't have any sons and they're keen to keep the name going strong, especially if they don't produce any children themselves.

Other sites that have "confirmed" the surname change include OK! and Real Bollywood. The pair has always kept a tight lock on their private life, but it just doesn't make sense why no extremely legitimate news source has confirmed the rumor. This leads me to believe that this name change business is merely fodder for gossip sites. I refuse to acknowledge it as truth until one of them tells me it is. Don't worry — I'll tell you right after they tell me.