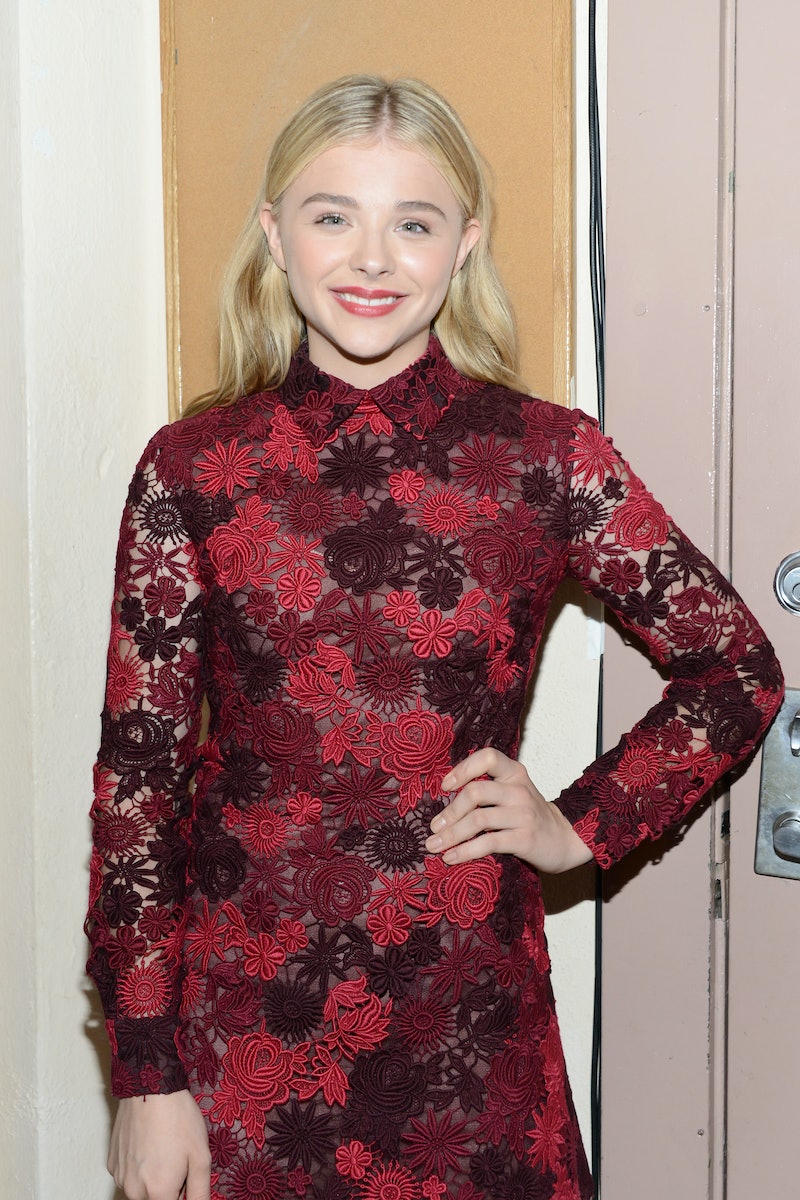 In fancy young celebrity news, apparently Chloe Grace Moretz and Brooklyn Beckham are dating. Moretz, of course, is an actress best known for Kick-Ass, 30 Rock, and If I Stay, while Beckham is indeed the son of former Spice Girl Victoria Beckham and legendary footballer David Beckham. Isn't that adorable?!

Yep — just wait. It gets cuter.

Allegedly, the two were each other's crush before they started dating, and were introduced by a mutual friend at SoulCycle — now they take classes together at the same location where they met. Even cuter: Because they can't drive, their dates (which include teenager-y things like going to the movies) have to be chaperoned.

Moretz has kept level-headed about relationships, saying that she doesn't want anything too serious at her young age. She recently told Flare that 17 is "a tough age to fall in love: people change so quickly. I don't want to have to feel like I have to watch my step, 'cause I'm 17 and I shouldn't have to." Moretz certainly seems to have her eye on her career instead, with a bunch of movies coming out soon and a Steven Soderbergh-directed Off-Broadway show.

The couple has an unfortunate geographical impediment in that Beckham lives in London and Moretz lives in LA, so the couple is apparently keeping it casual. However, sources do confirm that they have received the blessing of Victoria and David, so there's one major hurdle out of the way. Ah, young love!