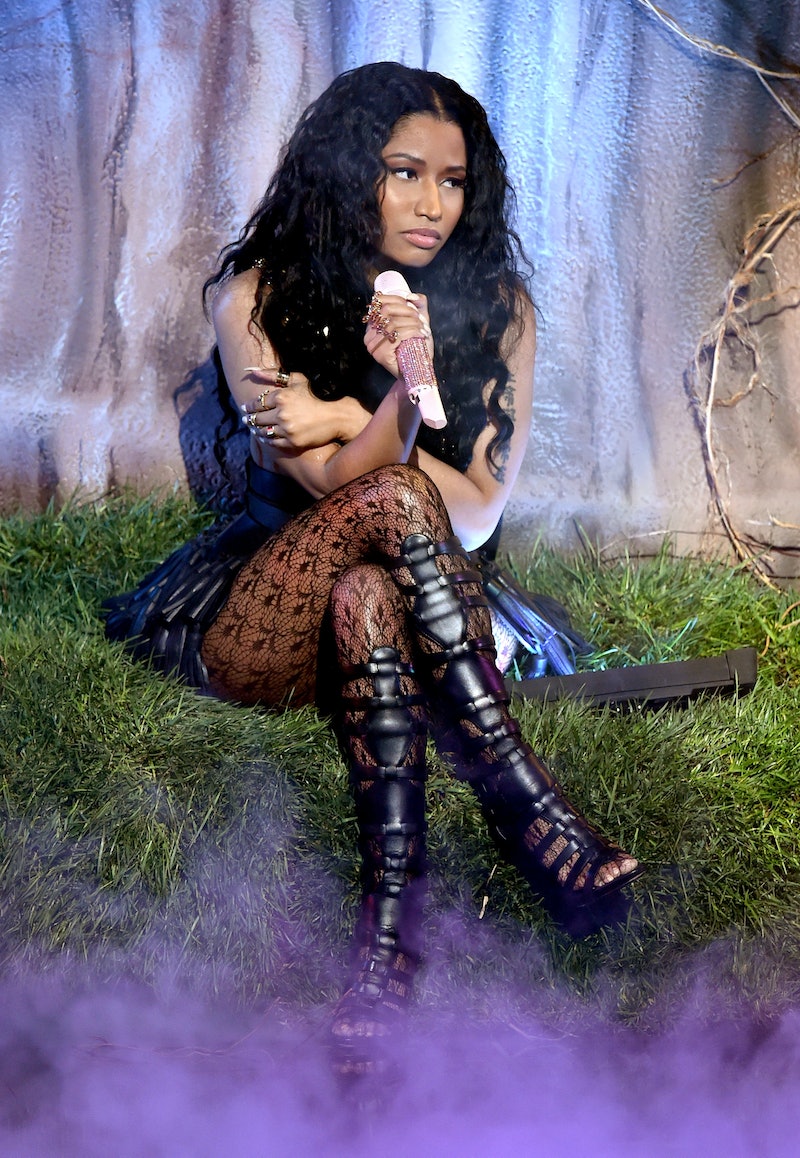 After Nicki Minaj delayed the release of "Anaconda" by a week, the anticipation for the song reached an all-time high. Sure, we had "Bang Bang", the Jessie J, Ariana Grande, and Nicki Minaj collaboration, to distract us which was followed a few days later by "Flawless", the Beyoncé and Nicki Minaj remix. However, the eye-raising cover art for "Anaconda" combined with the thousands of memes that it inspired made it clear that Nicki Minaj's fans hadn't forgotten the main event. Sadly, when "Anaconda" was leaked on the Internet, it was underwhelming to say the least and even Minaj's staunchest fans were having a hard time finding something to like about it. The song had its official release on iTunes on Monday and along with it came a snippet of the "Anaconda" official music video that, quite honestly, doesn't improve upon the song in any way.

Much of the appeal of "Anaconda" is the sampling of Sir Mix-A-Lot's "Baby Got Back", which makes up the backing beat and melody beneath Minaj's rhymes. At the end of the day, "Anaconda" is a sexual song devoted to the majesty of the female butt (as was the original "Baby Got Back") and the music video is poised to reflect that. In the 15 second snippet, we catch glimpses of Minaj shaking her behind in a way that really seems like it should defy the laws of physics along with gratutitous shots of other scantily-clad rear ends, because, well, "Oh. My. God. Look at her butt."

Ultimately, the only way that this teaser is going to make you excited for the "Anaconda" music video is if you were already a fan of the song. It doesn't do anything particularly new or interesting with the material (unless you count a pineapple on a turntable as new and interesting), but thankfully it's a lot less abstract than Minaj's video for "Pills N Potions". At this point, it's starting to seem like the most interesting part of "Anaconda" is figuring out how many different memes you can make out of its cover art.

Watch the teaser below.