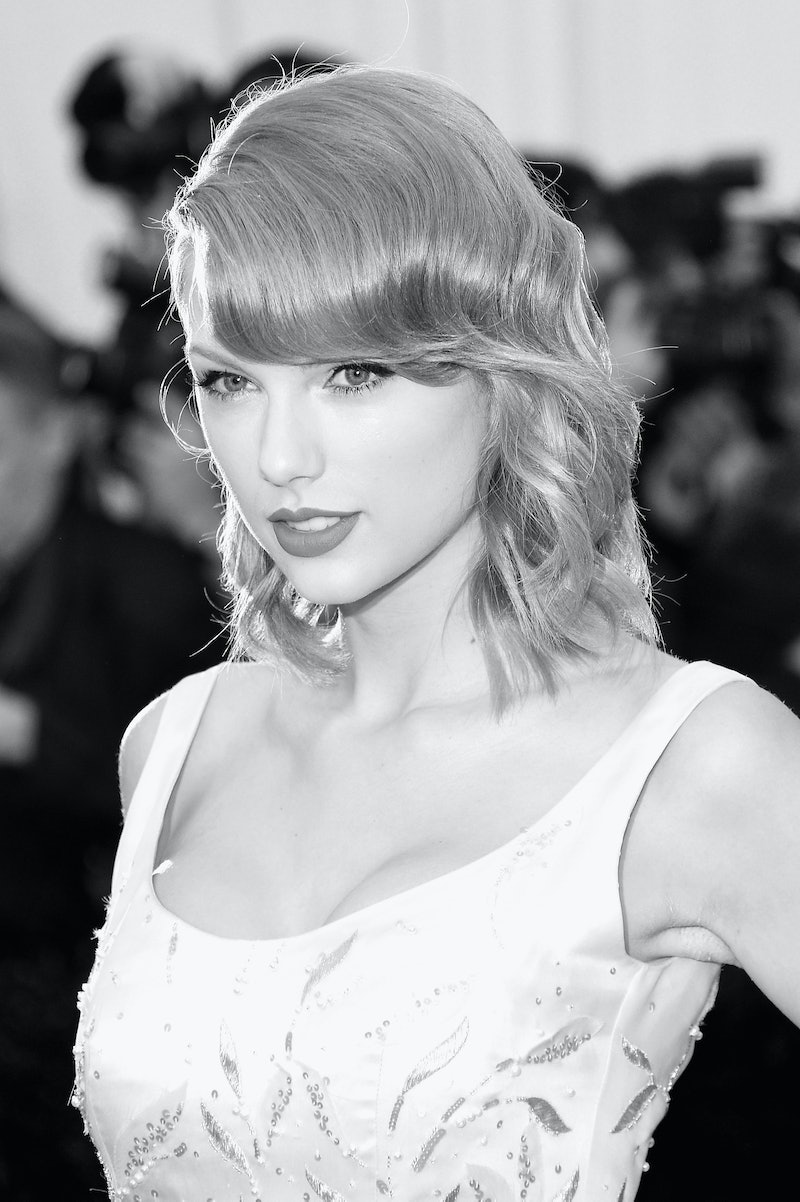 Say what you will about Taylor Swift, but the singer is a bonafide celebrity angel. Want proof? Look no further than this video of Swift singing to a very young cancer patient in the hospital. This moment will turn any Swift-naysayer into a softie and a Swiftie, and it will also totally bring you to tears. Grab your tissues: In the video below, you'll see Swift as she visits a boy named Jordan in the Boston Children's Hospital.

The two chat about Play-Doh, Spider-Man, and of course, what song Swift should sing for him. When she says she wants to sing for him more than anyone else, you might lose it. I did. Ultimately, she decides on "We Are Never Ever Getting Back Together," which Jordan absolutely loves. In fact, he loves it so much, that he joins in with her. He sings along, bopping around in total awe of Swift, who has clearly made his day. What makes it even sweeter is that the entire time Swift is clearly singing to him, and when the two of them finish the song together, Swift immediately runs to give him a huge hug.

Seriously. If you had any doubts about whether or not you loved T. Swiftie, this will definitely solidify your love. She's a genuinely nice person who cares about her fans. Gahh — I'm still crying! But I'll go blow my nose elsewhere, and you can watch the video below.