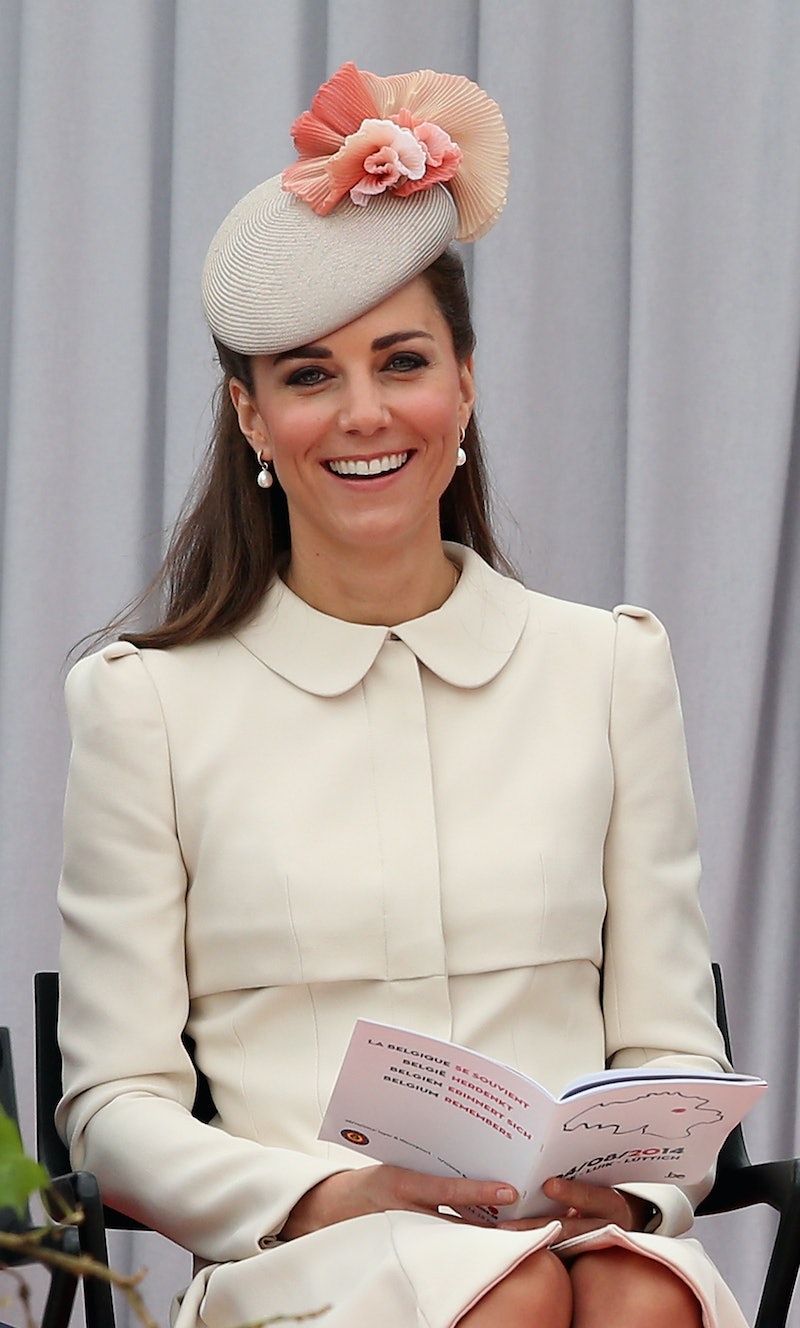 The Duchess of Cambridge is a bit of a style star. Not only does she Kate Middleton pull off sleek shift dresses, tea-length coats and classic wrap dresses from the queen of wrap dresses herself, Diane Von Furstenberg, she's an old pro at pulling off a good hat. Monday morning, however, Middleton and Prince William were attending a service at Le Memorial Interallie in Belgium when she wore a hat that looked like a combo of a flower and a very intimate part of the female anatomy.

Royalty is known for their particularly strong hat game. From kings and queens on dow, royalty has gotten a reputation for being masters in sporting headwear of all shapes, sizes and colors. What the hats worn by royalty in many countries all have in common is their unique and striking nature. You won't find a baseball cap, simple bowler, fedora (thank goodness) or flatbill on their heads. No, the hats sported by royalty tends to stray from standard hat design. In fact, they often look like anything but a hat. After the initial shock of Kate Middleton's ruffled pink and tan hat, I realized that there were endless possibilities for what looks she was trying to go for.

The pebble-shaped base of Kate's hat looks like she plucked something out of the royal rock garden and stuck an embellisment on top. Crafty!

This comparison is a much more flattering one. The hat's designer probably took inspiration from a flower like this one. The coral pinks and gentle tan and white colors are mimiced in a peony's petals.

The gentle ridges throughout the stony pebble hat and its peony counterpart look like a zen garden that you would find in a doctor's office. They are consistent and gentle, and give off a totally relaxing vibe.

And if a Zen garden with stones and peonies wasn't the inspiration for Middleton's hat, then we surely know what was. Let's just reference Georgia O'Keeffe's Series 1, No. 8 for a PG-13 version of the anatomical inspo.