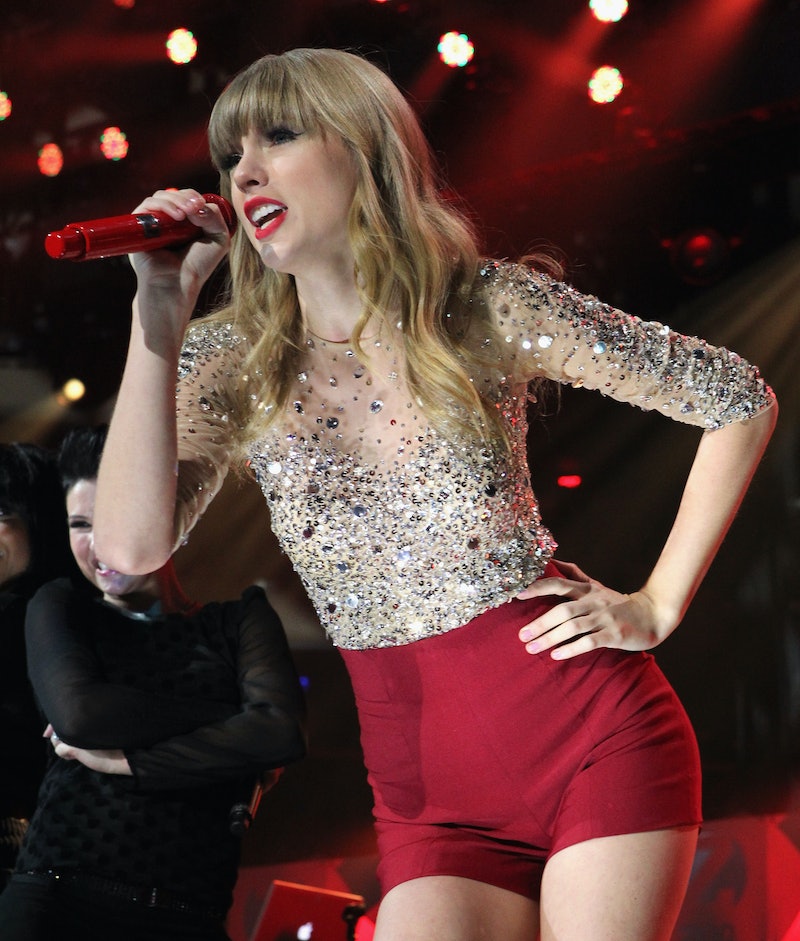 Tay Tay fans know that her latest single is upon us — but when? And what is it? Fortunately for fans, Taylor Swift herself has dropped a new album clue on Instagram, but it definitely needs some deciphering. The clue is a short video of someone (Swift, I'm assuming), pressing the 18 button on an elevator multiple times. She indicates in the post that it is, indeed, a hint, but still — what does 18 mean!? And why so secretive, T. Swift!?

Does this mean that fans have to wait until August 18 'til her new single drops? Or does this mean that her new single will drop in 18 days? Or is the title of the track "Eighteen," and it's like her song "Fifteen," except it takes place three years later, allowing Swift to chronicle the woes of those fragile years of young adulthood? Or will the song be about 18 different guys? Or will there be 18 tracks on her album? Ah, the questions abound, but one thing is for certain: T. Swift is bringing something to the radio pretty darn soon, and fans are now waiting with bated breath.

This also means that fans should probably be on the lookout for more Insta-clues from Swift, as she indicated that this one below is our first clue. See for yourself, and try to decipher what this cryptic post means.