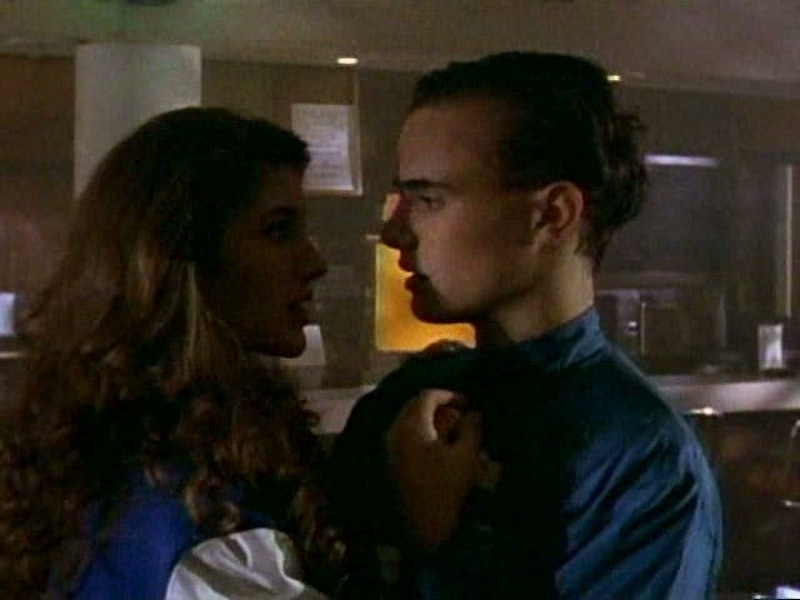 When The Sixth Sense hit theaters fifteen years ago (yes, 1999 was 15 years ago and that's awful to think about), the premise (okay, really the twist) was lauded for its originality. Going to the theater to have your mind M. Night Shyama-blown was practically a rite of passage if you wanted the true 1999 experience. I was in the fifth grade in 1999, and even for the 11-year-old set, this movie was must-see. I remember lamenting that my mom was a stickler about the PG-13 MPAA rating and made me wait for DVD (AKA ruined my social life, pretty much).

As it turns out, though, I really shouldn't have gotten my Days of the Week panties in a twist about the whole ordeal, because I had already, unknowingly, seen the source material for The Sixth Sense. I'd seen it several times, thanks to TV-Y7 television ratings and a constant loop of reruns on Nickelodeon – because little did I know director M. Night Shyamalan ripped off an episode of Are You Afraid of the Dark? for his Oscar-nominated twister-piece. The episode, titled "The Tale of the Dream Girl," is a classic and, fortuitously, available for streaming on Amazon Prime in time for The Sixth Sense's 15th birthday.

It's also on YouTube, for anyone not addicted to free, two-day shipping.

So, naturally, I had to rewatch it with a journalist's eye. I'd heard rumors that the movie was ripped from an AYAotD episode for years, but it was time to finally jog my memory and put the rumors to the test. My conclusion: Yeah, it's pretty similar.

Granted, Shyamalan changed quite a bit. There's no creepy little boy or dead psychiatrist (this movie no longer deserves the right of spoiler alert announcements) or anyone who looks remotely like Bruce Willis. But the similarities are still aplenty, particularly when it comes to the basic premise and the clues that seem oh-so-obvious after the fact.

So, submitted for the approval of the Bustle society, The Tale of How M. Night Shyamalan Ripped Off Afraid of the Dark.

The Premise: Johnny and Erica are super close siblings. They hang out a ton and even work at the same bowling alley. Erica is a waitress and Johnny is the maintenance guy. Everything seems just peachy until Johnny finds a girl's class ring in his work locker, tries it on and it realizes it's stuck. Along with the ring comes visions of a beautiful girl named Donna who keeps calling to Johnny in very ghostly ways. At little research proves that she is a ghost - a teenage girl who died in a car accident with her boyfriend and she seems to have a thing for Johnny.

The Twist: Johnny is actually Donna's also-dead boyfriend. Erica is alive, but she's the only one who's been able to see Johnny since the accident. He just showed back up and didn't remember his own death, so she's been playing along ever since.

It's like Bruce Willis sitting across from Haley Joel Osment's mom and having cold, silent anniversary dinners with his grieving wife all over again. *Throws bucket of water on campfire.*