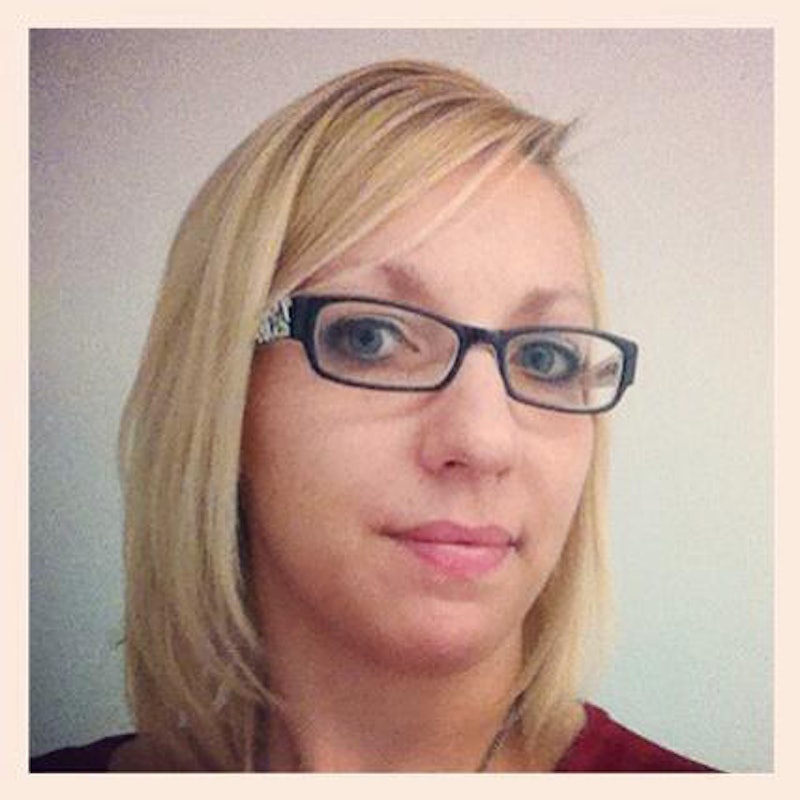 Imagine you've found a bikini that you're comfortable wearing, packed a bag with sunscreen and water bottles, herded your kids into the car, and headed out to a public beach to enjoy the weather. Sounds like a great way to spend an afternoon outdoors with your family, right? Now, imagine that when you get there, a gaggle of sunbathers you don't know from Adam starts mocking your body. Then, when you take to social media to vent your frustration, even more people tell you that your body is unacceptable and that you should cover it up. That's what befell Tanis Jex-Blake, a mother of five who refuses to be ashamed of her post-birth stomach.

Jex-Blake, a 33-year-old Canadian who has given birth to five children in the past 13 years, was subjected to comments like "That's f***ing nasty" and joking, mimed kicks at her abdomen when she visited the shores of Alberta Lake. Although she managed to look unaffected, she admitted to Global News that she later broke down and cried in the car. It had been her first time wearing a bikini in public since becoming a mother, and she hadn't expected that kind of response.

What she did next, however, was defend her physique by penning a call for acceptance of women's post-baby bodies. She posted a list of comments on Facebook that she wished she had told her teasers at the lake:

"I'm sorry if my first attempt at sun tanning in a bikini in public in 13 years 'grossed you out.' I'm sorry that my stomach isn't flat and tight. I'm sorry that my belly is covered in stretch marks. I'm NOT sorry that my body has housed, grown, protected, birthed and nurtured FIVE fabulous, healthy, intelligent and wonderful human beings. I'm sorry if my 33 year old, 125 lb body offended you so much that you felt that pointing, laughing, and pretending to kick me. But I'll have you know that as I looked at your 'perfect' young bodies, I could only think to myself "what great and amazing feat has YOUR body done?"

The text was accompanied by this photo, which showed off what Jex-Blake called her "battle scars:"

After her post went viral, some readers continued to shame Jex-Blake for promoting positive body image. Some of the more distasteful comments:

"Her stomach looks nasty and there are people who will say so...she could have at least gotten a one-piece swimsuit." (via Global News)

"Usually people don't make it a point to draw attention to their scars and problem areas, and then complain when people notice it." (via NY Daily News)

"I wouldn't wanna see that when I'm at the beach. Bikini's [sic] weren't made for everyone." (via Huffington Post)

Here's the crux of the issue, though. Bikinis were made for anyone who wants to sport them. Mocking Jex-Blake and others like her implies that her stretch marks are embarrassing, that people should cover up their flaws, that Jex-Blake sharing her anger is somehow unjustified and an attempt at attention-grabbing. Luckily, plenty of other readers sent her a far more accepting message:

"I believe it was the great Katt Williams who said 'Don't worry about those stretch marks, you look like a tiger baby.'" (via Buzzfeed)

"You are beautiful inside and out! I'm sorry that happened to you! The people who did that I hope they feel ashamed and embarrassed." (via Global News)

"Tanis, you are an amazing young woman who has earned every stretch mark and supposed imperfection. The proof is in your amazing children. How lucky they are to have a mom who is so morally and ethically above the losers who mocked you." (via Facebook)

Jex-Blake's open letter comes on the heels of the Monokini 2.0, a swimsuit project meant for breast cancer survivors that shows off their bodies rather than hiding them. It also comes right after Instagram user Samm Newman, who is happily plus-size, was banned for posting tasteful pictures of her figure and fought back. What I hope is that the media spotlight that has accompanied these stories will open a dialogue about continued body acceptance.

To Jex-Blake, all I have to say is this: Pull a Regina George and rock whatever you're wearing, because you look FAB-ulous.

More like this
American Girl Doll Memes Are Going Viral On Instagram & Tiktok
By Emma Carey
How To Take A .5 Selfie On An iPhone
By Emma Carey
YouTuber Runs Into Margaret Sanger’s Grandson While Filming
By Alexis Morillo
Side Character Energy Has Arrived — Here’s What That Means
By Sophie McEvoy
Get Even More From Bustle — Sign Up For The Newsletter