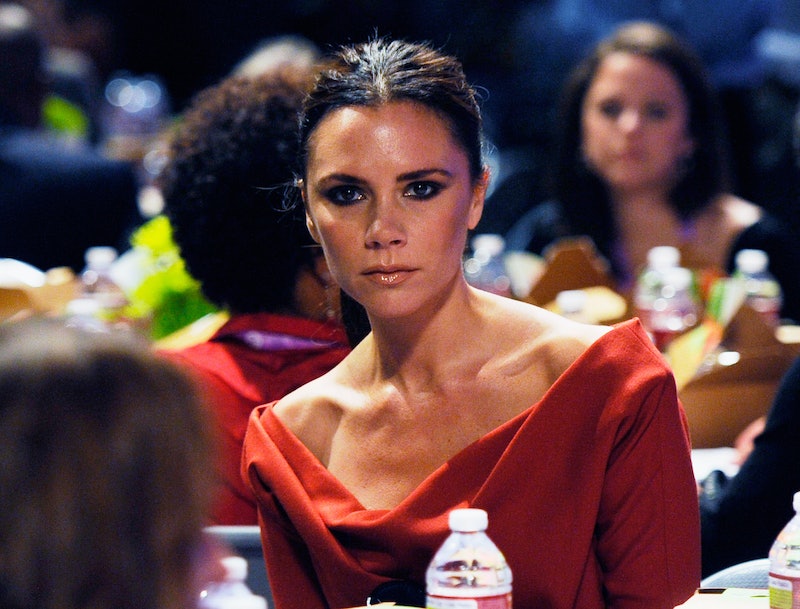 When you opened your closet this morning, where you 100 percent satisfied with what you saw? Of course not, because you aren't Victoria Beckham. But soon, you can be! Well... sort of. Soon, you can buy her clothes. Through a partnership with Christie's and The Outnet, Beckham is selling clothes from her personal wardrobe. Shh... if you listen closely, you can hear the cries of squealing fashion (and Spice Girls) fans the world over.

The sale includes over 600 pieces from Beckham's wardrobe and will take place from August 20 to 25. Proceeds benefit the charity Mothers2mothers which, according to Vogue, is an organization that "employs and empowers Mentor Mothers — who are mothers living with HIV — in order to educate them on how to prevent the transmission of HIV from mothers to babies and improve the health of women and their families."

Given that Beckham has had a long and storied career, first as a pop star and then as an accomplished designer, it comes as no surprised that she's amassed such a gigantic fashion collection. One can only imagine how spectacular these garments are, many of which have been specially made for Beckham by the designers themselves. Oh, to be rich and fabulous!

The website for the auction showcases some of Beckham's most iconic fashion moments, including the ruffled yellow Roberto Cavalli she wore to the 2006 pre-World Cup party she hosted with hubby David and a 2012 Roland Mouret dress she was photographed wearing while out in New York City. It's not yet clear whether these specific pieces will be up for auction, but there's no doubt that similarly glamorous wares are going to be available.

Interested in getting your own slice of Victoria Beckham fashion pie? Who am I kidding? Of course you are! Head on over to The Outnet to register for the sale — and be prepared to bid high.