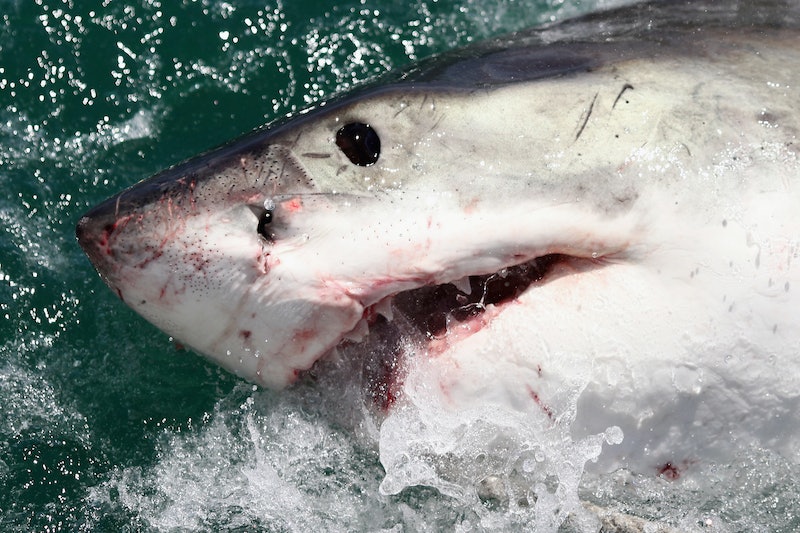 Ever wonder what a great white shark does underwater? Well, probably not, but some people sure do: Last November, scientists took an autonomous shark-stalking robot, the SharkCam, to Mexico with the intention of filming great white sharks underwater through its camera lens. After releasing the footage, the video-robot got more than it bargained for: Great white sharks were caught on camera chomping, bullying and attacking the underwater robot as if it were its food source or another prey. WTF?

The SharkCam is a torpedo-shaped vehicle with six GoPro cameras implanted on it. With all the different angles being captured, scientists got a pretty good view of — well, not what they expected. The intention of this robot was to provide biologists with some of the first-ever close-up views of sharks. With its navigation system, acoustic sensors, GPS, Wi-Fi, and temperature probes, scientists were most likely ecstatic to share a whole new perspective of shark-life.

And that they did. Biologists certainly learned something new, just maybe not exactly what they were hoping for. I wonder if the sharks truly believed that the SharkCam was for predation, or if they are just wildly protective of shark-stalking cameras. I mean, hey, nobody wants to be watched at all times. Regardless, we all learned one thing from this video — the SharkCam is a apparently a suitable prey.

The footage reveals that there were actually quite the variety of "shark predators" out to destroy this underwater camera (not the actual sharks being filmed.) Some were apparently quite territorial of their area; they were found aggressively bumping into the robot when the robot interfered with their home-base.

Others, however, exhibited stealth: They were just seen slowly lurking below the SharkCam and then — BAM — ferociously attacking.

But it gets better. Woods Hole Oceanographic Institute, the researchers that unintentionally made this oh-so-amusing video, announced their plans to use the system to follow other large marine animals. I guess watching sharks attack a camera just isn't enough. Maybe next time we'll get to see if sea turtles are as defensive as sharks.